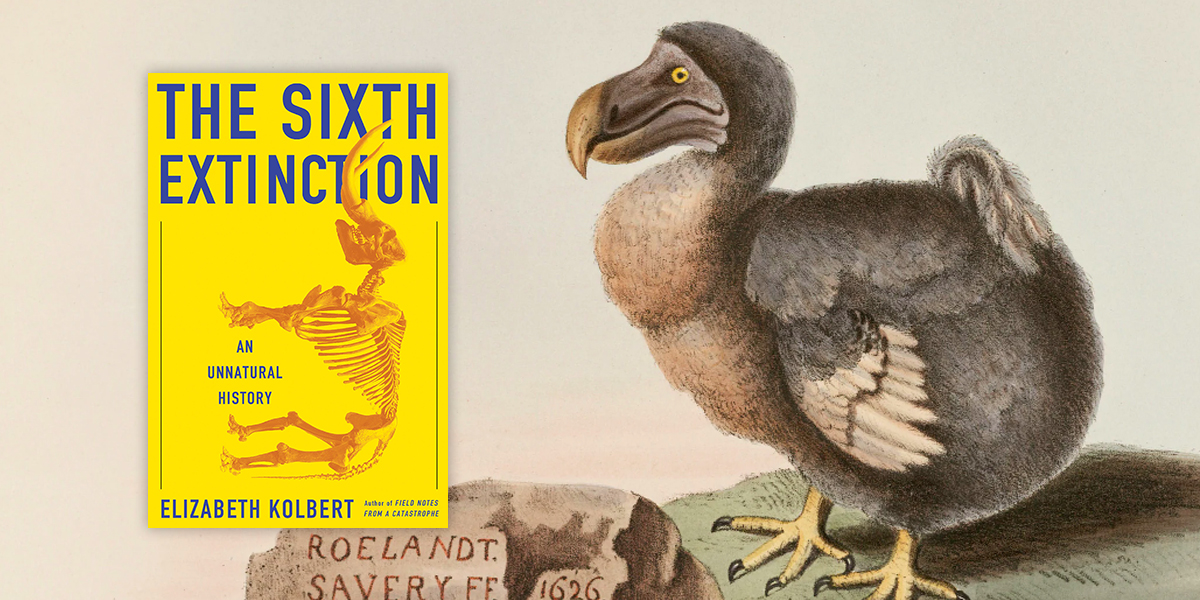 Though it might be nice to imagine there once was a time when man lived in harmony with nature, it’s not clear that he ever really did.

Essential stats: Kolbert’s much-lauded “unnatural history,” which began its life as a 2009 New Yorker piece with the same name, was a New York Times bestseller, a finalist for the National Book Critics Circle Award, and the winner of the 2015 Pulitzer Prize in General Nonfiction.

What’s the gist? We’re in the middle of the planet’s sixth mass extinction, and it’s our own fault.

What made it defining? It gave an accessible account of some of the ravages we’ve inflicted on our planet to readers at large. Her writing in this volume, as Michiko Kakutani put it in The New York Times,

is the very model of explanatory journalism, making highly complex theories and hypotheses accessible to even the most science-challenged of readers, while providing a wonderfully tactile sense of endangered (or already departed) species and their shrinking habitats.

She writes as a popularizer—or interpreter—of material that has been excavated by an army of scientists over the years and, in many cases, mapped by earlier writers.

Perhaps you’d like to hear Kolbert give a lecture on the topic: