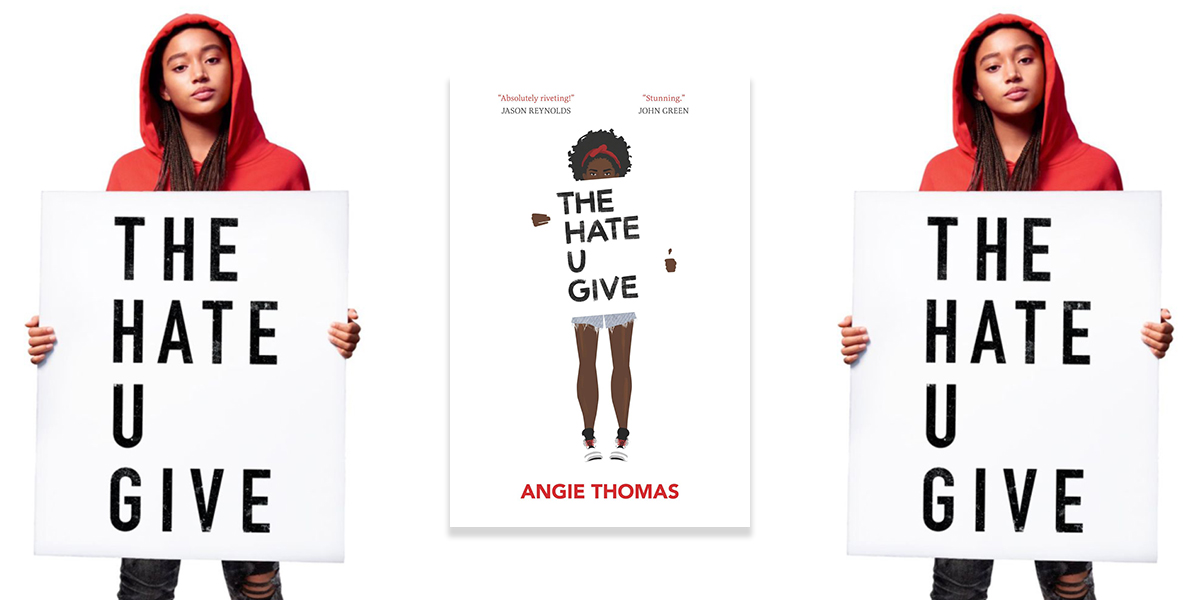 What’s the point of having a voice if you’re gonna be silent in those moments you shouldn’t be?

Essential stats: Thomas’s young adult debut was an instant #1 bestseller on The New York Times young adult list, where it remained for a whopping 80 weeks. It was the most searched-for book on Goodreads in 2017, won a host of awards for children’s and young adult literature, and, perhaps most revealing, it was one of the ten most challenged books in the country in both 2017 (when it was “considered “pervasively vulgar” and because of drug use, profanity, and offensive language) and 2018 (when it was “deemed “anti-cop,” and for profanity, drug use, and sexual references”). In 2018, it was adapted into a feature film starring Amandla Stenberg. It was also one of the first novels to directly engage with the Black Lives Matter movement.

What does that title mean? It is, of course, a reference to Tupac Shakur’s concept of THUG LIFE: “The Hate U Give Little Infants Fucks Everybody.”

What did the critics say? They loved it. Over at Vox, Constance Grady wrote:

The Hate U Give is a didactic issues novel for teenagers. It is also a good book. Those two categories intersect only rarely, but The Hate U Give—a debut novel by Angie Thomas—manages the balancing act with aplomb … It was probably inevitable that someone would write a YA novel about police shootings, but it was not inevitable that it would be a good book. Whenever a societal problem becomes a national obsession, some adult will write a book about it for teenagers; usually the result is a Go Ask Alice–style stew of fearmongering and breathless sensationalism. But The Hate U Give is charming and funny and carefully crafted, and Starr’s witty, observant, pop culture–inflected voice is a delight … The specificity and whimsy of ideas like the anger scale of breakup songs is what keeps The Hate U Give moving so deftly through its heavy subject matter; it stays warm and focused and grounded in character even when it’s dealing with big, amorphous ideas like systemic racism. The result is a book so thoughtful and so fun to read that you’ll want to Bruno Mars it.