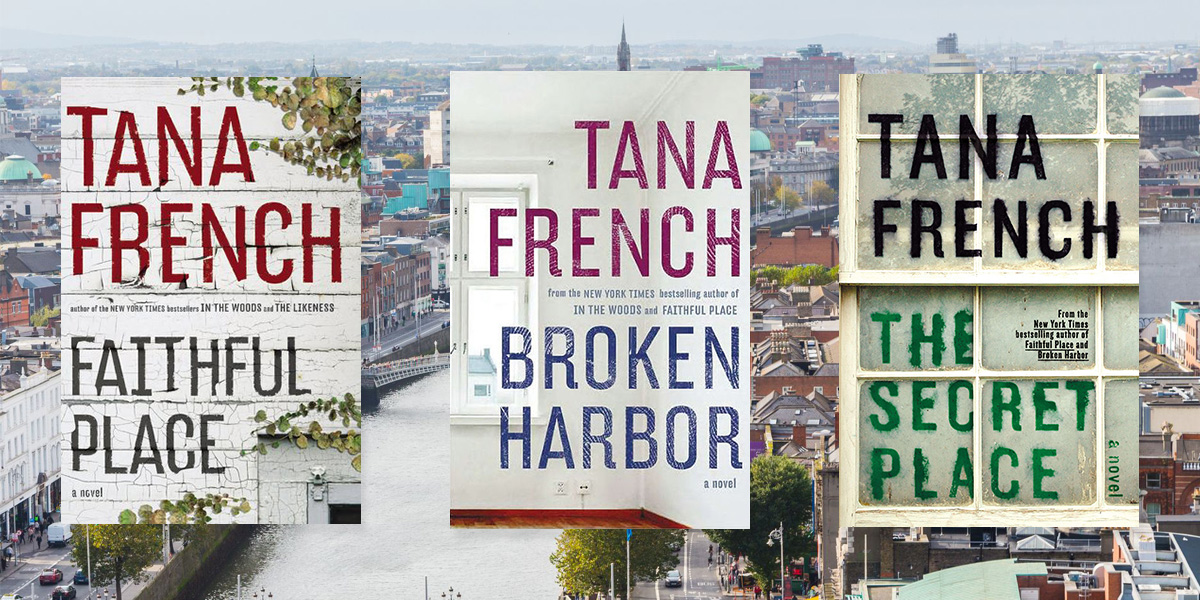 Trust your instincts, Dad always says. If something feels dodgy to you, if someone feels dodgy, you go with dodgy. Don’t give the benefit of the doubt because you want to be a nice person, don’t wait and see in case you look stupid. Safe comes first. Second could be too late.

Essential stats: To be fair, Tana French’s Dublin Murder Squad series started in 2007, with the publication of her debut, In the Woods. It was followed by The Likeness (2008), Faithful Place (2010), Broken Harbor (2012), The Secret Place (2014), and The Trespasser (2016). (Her most recent novel, The Witch Elm, is a standalone.) So I’m counting the series as a whole, as it’s been primarily in this decade, despite the fact that my favorite of the books, The Likeness (obviously), is just shy of it. Most of her awards came for In the Woods, but Broken Harbor won the Los Angeles Book Prize and the Irish Crime Fiction Award. And the adaptation of the series has recently debuted on Starz.

Why were these so defining? Tana French has been a major crossover writer between the crime and literary genres; she also inspires fervent fandom. As Laura Miller wrote in The New Yorker:

French’s readers like to go online and rank the books . . . in order of preference, and while there’s no consensus, it’s taken for granted that anybody who’s read one will very shortly have read them all. The early copy of The Trespasser that I presented as a hostess gift this summer was greeted with ecstasy. The recipient spent much of the weekend shuffling around in a robe with the book clutched to her chest and a distracted expression on her face. Most crime fiction is diverting; French’s is consuming. A bit of the spell it casts can be attributed to the genre’s usual devices—the tempting conundrum, the red herrings, the slices of low and high life—but French is also hunting bigger game. In her books, the search for the killer becomes entangled with a search for self. In most crime fiction, the central mystery is: Who is the murderer? In French’s novels, it’s: Who is the detective?

Part of this is down to French’s unusual format. Unlike traditional series, each book has a different protagonist—usually one of the more minor characters from the book preceding it, which means that not only can each book be read as a standalone, but French can do a lot of emotional damage to her detectives (and ask the above question), without running into the whole Harry Potter in book five issue. The series is also, not for nothing, perfect for “binge reading,” which is apparently a thing these days.

Here’s the very atmospheric trailer for the adaptation: