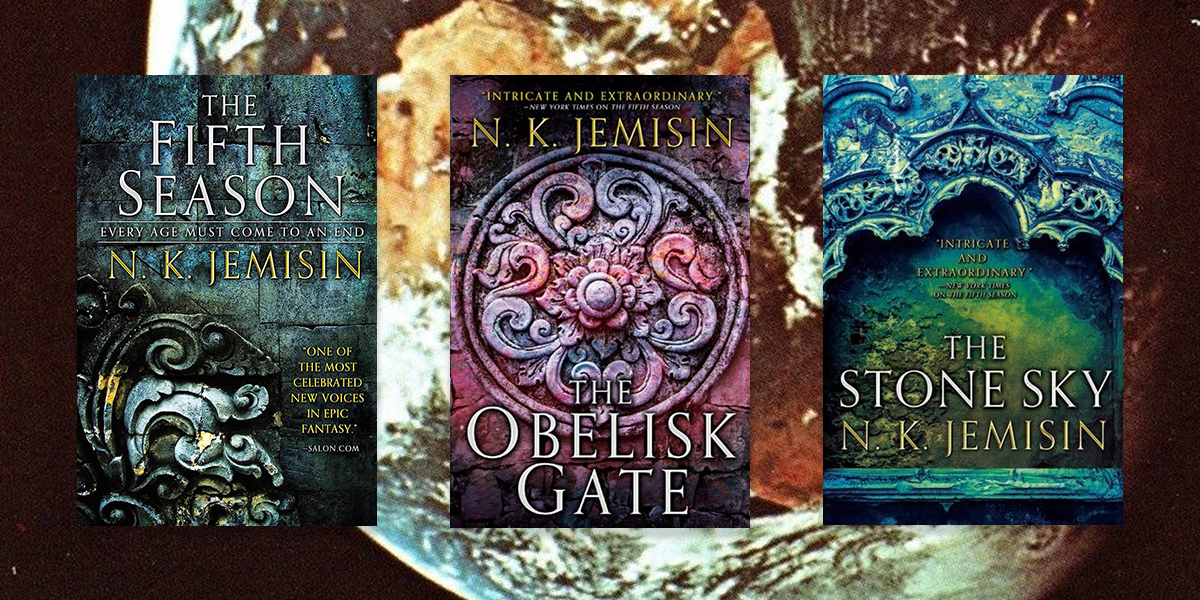 Essential stats: All three novels in Jemisin’s trilogy (The Fifth Season, The Obelisk Gate and The Stone Sky) won Hugo awards for Best Novel (the Hugo being the most prestigious award in science fiction, of course). When The Fifth Season won in 2016, it made Jemisin the first black writer to win the award in that category. (Which is absurd, but there it is.) She is also the only writer to have won the Hugo for Best Novel in three consecutive years.

What did the critics say? For the most part, they knew what they were looking at: a new classic of the genre. In the Verge, Andrew Liptak wrote:

Every now and again there comes a work that seeks to redefine the face of genre literature, from Ursula K. Le Guin’s The Left Hand of Darkness to William Gibson’s Neuromancer. With the Broken Earth trilogy, Jemisin has made a place for herself among these greats, pulling off a landmark story that blends fantasy, science fiction, and post-apocalyptic tropes. Finishing The Stone Sky left me utterly breathless by the scale and scope of what Jemisin accomplished in these three books—narratively, technically, and thematically.

In a nutshell: I think this is the contemporary series is the most likely to still be on required reading lists in 50 years—if the world hasn’t actually ended by then, of course.

And of course: they’re making a television show.