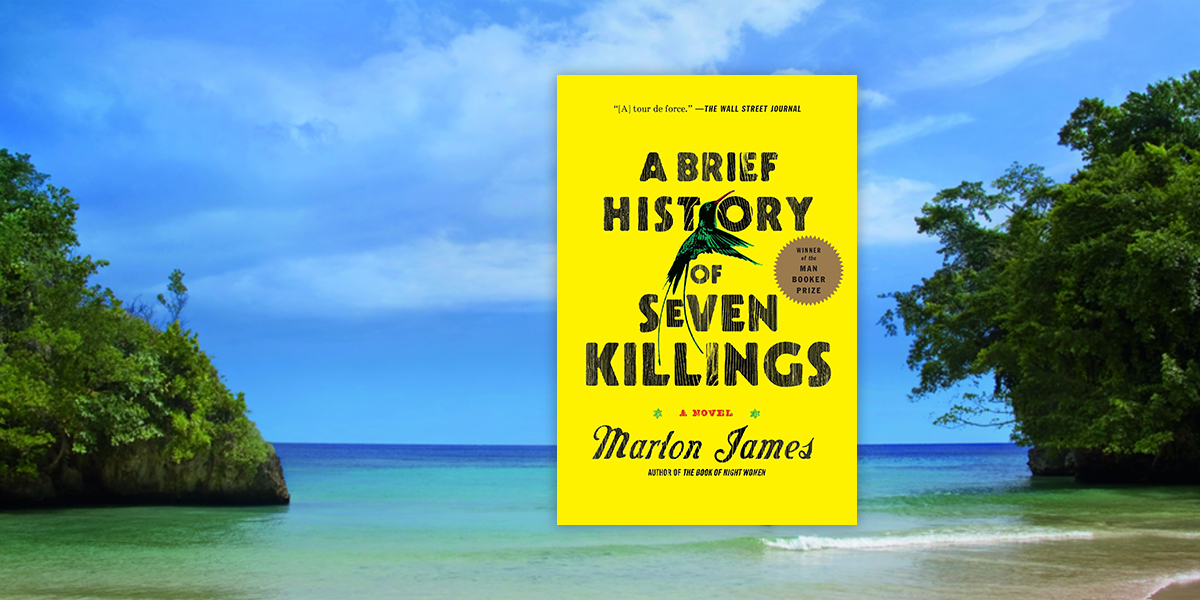 Killing don’t need no reason. This is ghetto. Reason is for rich people. We have madness.

How epic are we talking? Epic. 704 pages. 75 characters. 5 sections, each named after a musical track and covering the events of a single day, bursting with more voices and dialects and slang than you can shake a stick at.

A beach read then. Did the critics like it? Yup.

“If the purpose of reportage is to tell us what happened, and the purpose of fiction is to show us how it felt, then James has succeeded on both counts.” –Emily Raboteau, Bookforum

“A Brief History of Seven Killings calls for a stout heart, strong stomach and prodigious powers of concentration, but the reader so equipped will be rewarded with an experience he or she will not soon forget. The novel makes no compromises, but is cruelly and consummately a work of art.” –Katherine A. Powers, The Minneapolis Star Tribune

After James won the Booker, how proud was the state of Minnesota of its adopted son? Very proud indeed. Mark Dayton, Governor of the land of 10,000 lakes, declared Wednesday, October 28, 2015 to be Marlon James Day in Minnesota.

Here’s James reading from the book: