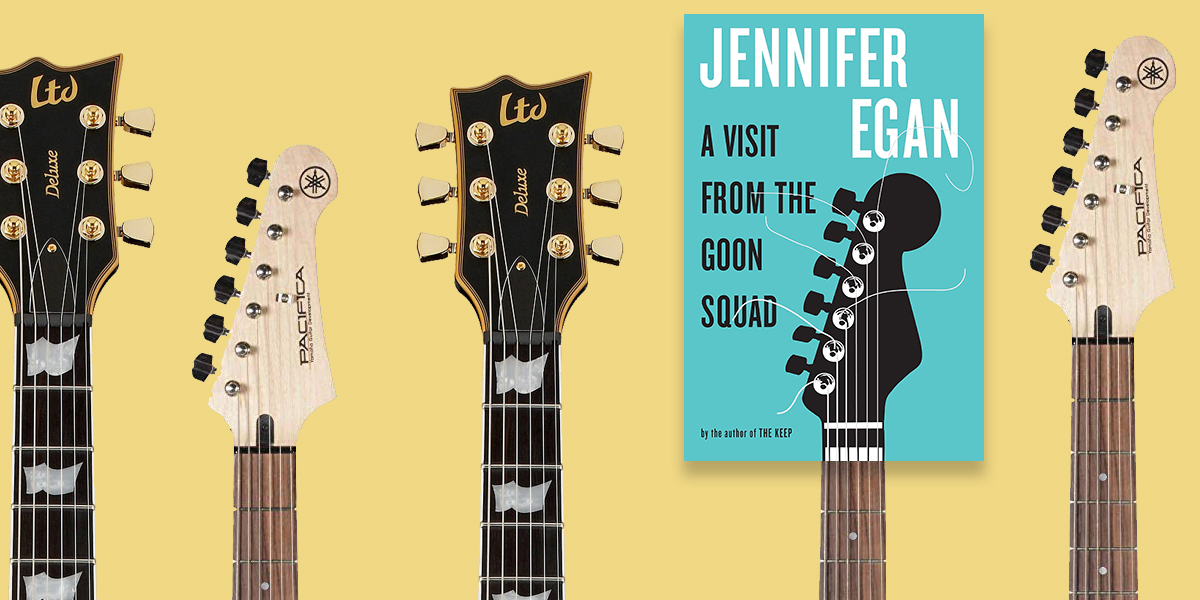 I don’t want to fade away, I want to flame away—I want my death to be an attraction, a spectacle, a mystery. A work of art.

Essential Stats: A post-postmodern tale of music and memory, continuity and disconnection, told in thirteen interrelated stories (one of which takes the form of a Power Point presentation), inspired in equal measure by Proust and The Sopranos, which bagged both the Pulitzer Prize and the National Book Critics Circle Award.

So is it a novel or a collection of short stories? Both. Neither. It doesn’t matter. Why must we put labels on everything?

What did the Pulitzer Prize Board have to say about it? They called it “an inventive investigation of growing up and growing old in the digital age, displaying a big-hearted curiosity about cultural change at warp speed”

Did I hear that the folks at HBO were turning it into a TV show? You did, and they were, but the proposal has since been dropped [sigh], so for now you’ll have to make do with this dream casting.

Here’s Egan reading the first chapter of the novel: