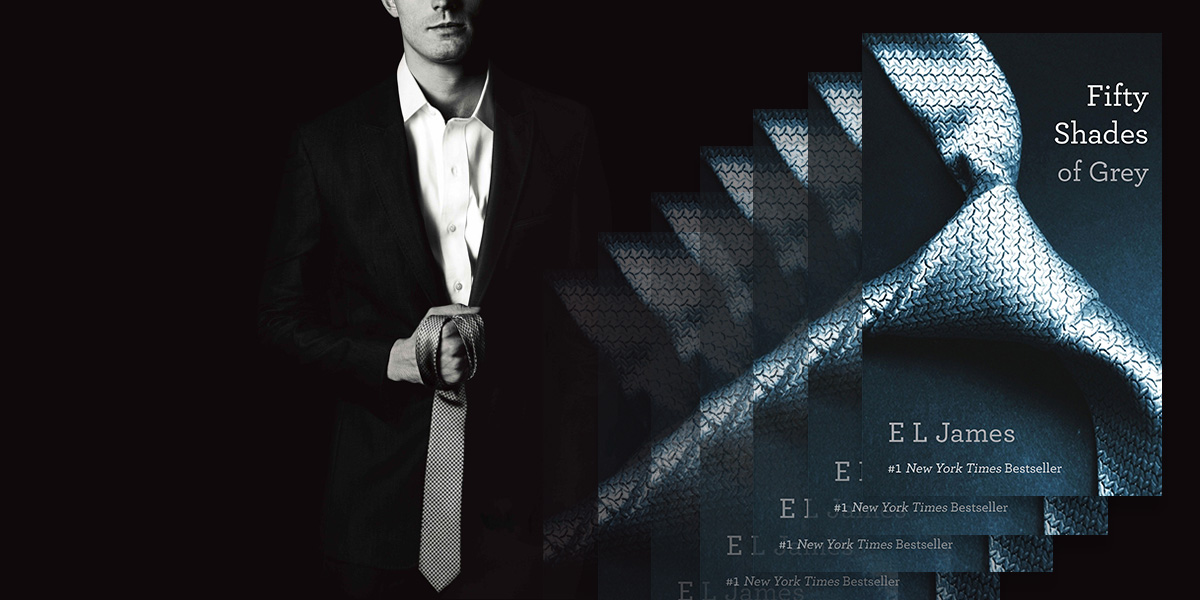 Essential stats: Clocking in at a hefty 514 pages, this novel famously began as Twilight fan-fiction and then became the fastest-selling paperback in UK history. It vaulted James to the top of Forbes’s list of highest-earning authors in 2013 with a reported income of $95 million, was translated into 52 languages, and sold over 125 million copies worldwide (as of 2015).

Essential stats according to this industrious Amazon reviewer: “I have discovered that Ana says “Jeez” 81 times and “oh my” 72 times. She “blushes” or “flushes” 125 times, including 13 that are “scarlet,” 6 that are “crimson,” and one that is “stars and stripes red.” (I can’t even imagine.) Ana “peeks up” at Christian 13 times, and there are 9 references to Christian’s “hooded eyes” and 7 to his “long index finger.” Characters “murmur” 199 times and “whisper” 195 times (doesn’t anyone just talk?), “clamber” on/in/out of things 21 times, and “smirk” 34 times. Finally, in a remarkable bit of symmetry, our hero and heroine exchange 124 “grins” and 124 “frowns”… which, by the way, seems an awful lot of frowning for a woman who experiences “intense,” “body-shattering,” “delicious,” “violent,” “all-consuming,” “turbulent,” “agonizing” and “exhausting” orgasms on just about every page.”

Why the necktie? Oh:

And yet, the novel increased sales not of silk neckties, but of “soft cotton rope.”

What do the critics say? Mostly some shade of “ugh.” But Alessandra Stanley put it rather more elegantly in The New York Times, writing “Fifty Shades of Grey is to publishing what Spanx was to the undergarment business: an antiquated product re-imagined as innovation. . . . As female fantasies go, it’s a twofer: lasting love and a winning Mega Millions lottery ticket. And what is shameful about Fifty Shades of Grey isn’t the submissive sex, it’s the Cinderella story.”

Did your mom read it? No, my mom prefers Virginia Woolf.

Though to be fair, everyone’s mom likes this sort of thing: