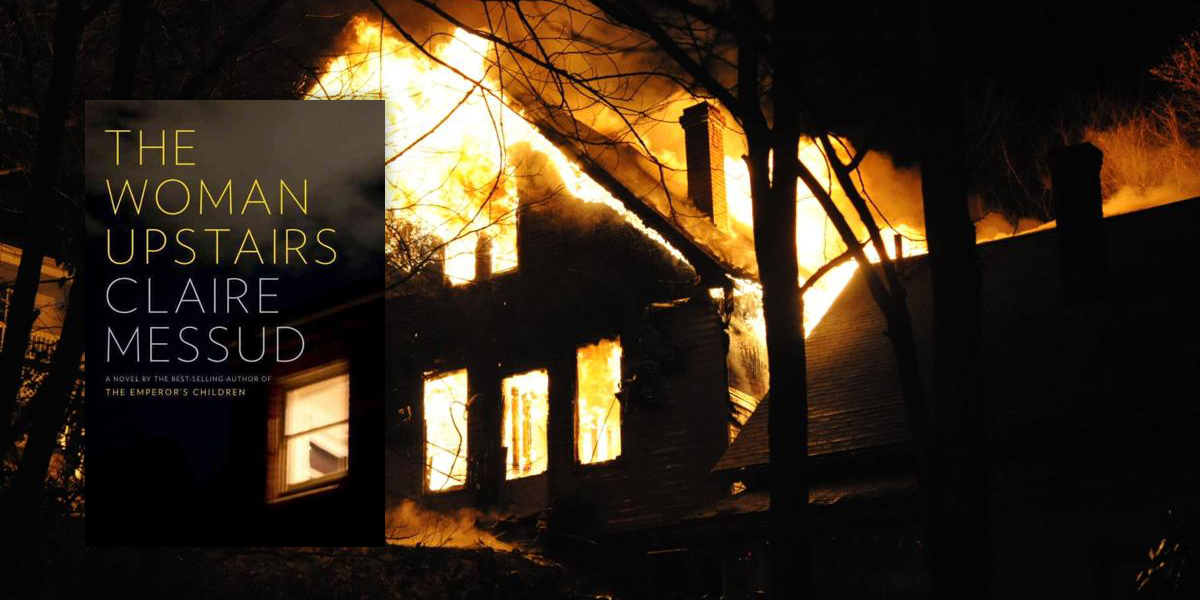 We’re not the madwomen in the attic—they get lots of play, one way or another. We’re the quiet woman at the end of the third-floor hallway, whose trash is always tidy, who smiles brightly in the stairwell with a cheerful greeting, and who, from behind closed doors, never makes a sound. In our lives of quiet desperation . . . not a soul registers that we are furious.

Essential stats: The Woman Upstairs is a novel narrated by Nora Eldridge, an elementary school teacher who has set aside her artistic aspirations because of societal and familiar pressures. In the novel she recounts how she once became enamored with a new family that moved to town, the cosmopolitan Shahids. The Woman Upstairs is a novel about female anger and while it is considered literary fiction, it has also been described as a psychological thriller for the manner that Messud increases suspense by yielding her protagonist’s incisive anger. Claire Messud, author of the best-selling, acclaimed novel, The Emperor’s Children, has been recognized with an Addison Metcalf Award and a Strauss Living Award and, for The Woman Upstairs, she was longlisted for Canada’s 2013 Giller Prize.

What kind of conversation did it spark? In truth, the lasting legacy of The Woman Upstairs may be the result not of the book itself, but of an interview that she did around it with Publishers Weekly. The interviewer asked: “I wouldn’t want to be friends with Nora, would you? Her outlook is almost unbearably grim.” Messud responded:

For heaven’s sake, what kind of question is that? Would you want to be friends with Humbert Humbert? Would you want to be friends with Mickey Sabbath? Saleem Sinai? Hamlet? Krapp? Oedipus? Oscar Wao? Antigone? Raskolnikov? Any of the characters in The Corrections? Any of the characters in Infinite Jest? Any of the characters in anything Pynchon has ever written? Or Martin Amis? Or Orhan Pamuk? Or Alice Munro, for that matter? If you’re reading to find friends, you’re in deep trouble. We read to find life, in all its possibilities. The relevant question isn’t “is this a potential friend for me?” but “is this character alive?” Nora’s outlook isn’t “unbearably grim” at all. Nora is telling her story in the immediate wake of an enormous betrayal by a friend she has loved dearly. She is deeply upset and angry. But most of the novel is describing a time in which she felt hope, beauty, elation, joy, wonder, anticipation—these are things these friends gave to her, and this is why they mattered so much. Her rage corresponds to the immensity of what she has lost. It doesn’t matter, in a way, whether all those emotions were the result of real interactions or of fantasy, she experienced them fully. And in losing them, has lost happiness.

This exchange set off a huge conversation about the “likability” of characters in fiction, and the double standard around our expectations of likability for both female characters and female writers. Most people agreed with Messud—though some, notably, weren’t entirely ready to give up keeping characters as friends.

Has Claire Messud done it again? As Ron Charles of The Washington Post explained, The Woman Upstairs tackled women’s anger; it tackled feminism of the 21st century. He wrote that “a more polemic, far less enjoyable novel would hand us the answer. But Messud isn’t writing an op-ed, and her story’s feminist critique of America rubs raw against her deconstruction of sisterhood. What eventually rises above these gender issues is Nora’s pained howl. It doesn’t matter if you’re a man or a woman: It’s hard not to feel your own shameful anxieties and fragile hopes being flayed by these braided strands of confession and blame.

Is anger the way to go for feminists? Well, there has been bra-burning in the past, and a spike in horror and thrillers featuring the lethal woman—for lack of a better term—whose leader is, of course, Amy Dunne from Gillian Flynn’s Gone Girl so . . . who knows? To be determined.