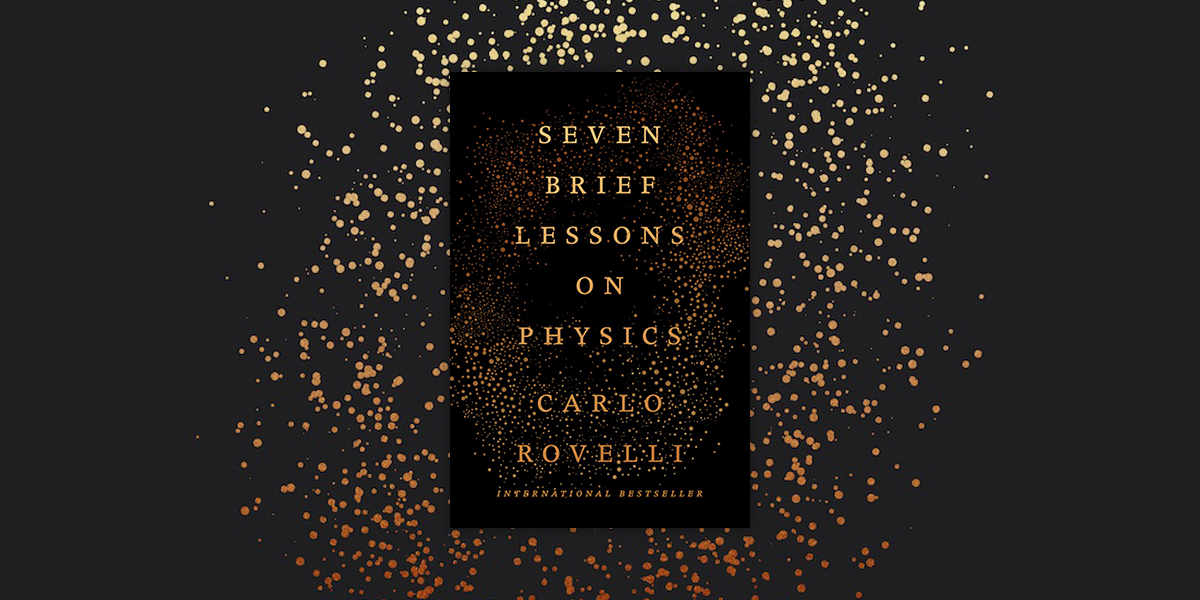 We are made of the same stardust of which all things are made, and when we are immersed in suffering or when we are experiencing intense joy we are being nothing other than what we can’t help but be: a part of our world.

Essential stats: The essays in Rovelli’s cult hit started out as a series of newspaper columns, published in the Italian paper Il Sole 24 Ore, and when they were originally collected into a book in that country, it blew up, outselling Fifty Shades of Grey. It went on to become a bestseller in several other countries—it’s been translated into at least 41 languages—including the United States.

But he remained humble: “Every publisher has been calling me once a week trying to force me to sign a blank contract,” he told Evening Standard in 2015. “‘Write whatever you want, it doesn’t matter what you send us.’ But I’ve said no to everything. I’m a scientist, a university professor. If an angel appeared before me and asked would I rather solve quantum gravity or sell 10 million copies of my book, I’d say I’d rather solve quantum gravity. It hasn’t changed anything in my life and I’m certainly not becoming rich.” (I bet that’s changed.)

What are these lessons? You can read an overview here.

Ok, but what’s the pitch? “Broaden your universe in eighty pages.” (No wonder it was a sensation.)