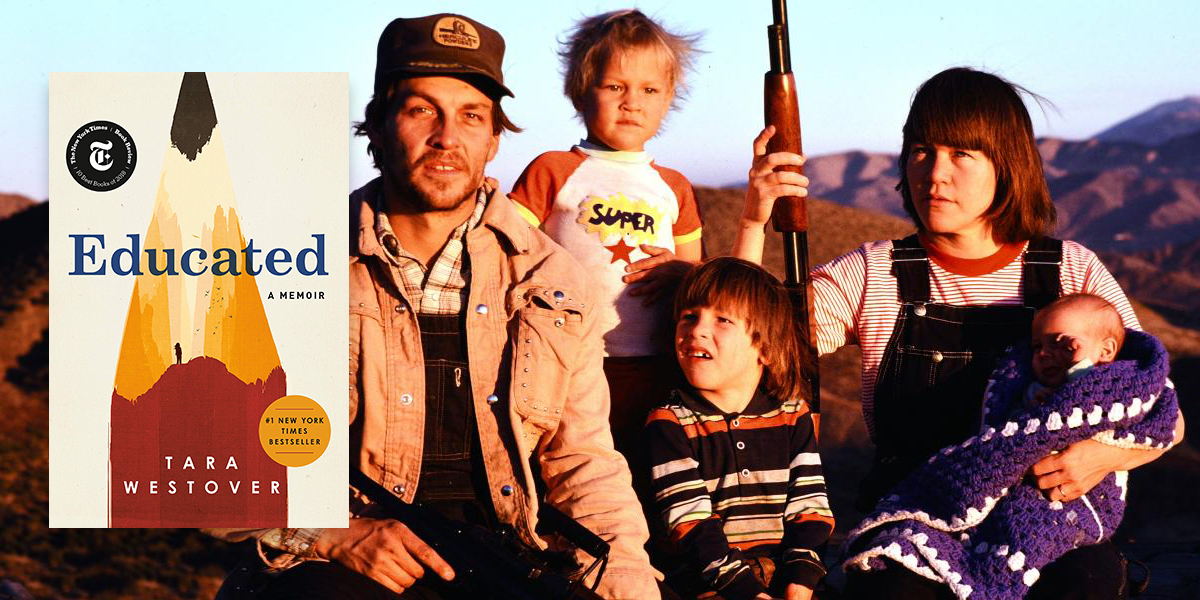 My life was narrated for me by others. Their voices were forceful, emphatic, absolute. It had never occurred to me that my voice might be as strong as theirs.

Essential stats: Westover’s first book, a memoir of growing up in a Mormon survivalist family, and of reconciling her upbringing with her thirst for education, debuted at #1 on The New York Times bestseller list. As of this writing, it has been on the list ever since, for 88 weeks straight.

Why is it so good? As Alec MacGillis put it in The New York Times:

Tara Westover’s new tale of escape, Educated, makes [J.D.] Vance’s seem tame by comparison. Where Vance wrote affectingly of showing up at Ohio State and Yale Law with the limited preparation provided by his middling schools in Middletown, Ohio, Westover describes showing up in college with no schooling at all. Where Vance describes a family contending with the all-too-common burdens of substance abuse, Westover lays bare a family cursed by ideological mania and outlandish physical trauma. If Vance’s memoir offered street-heroin-grade drama, Westover’s is carfentanil, the stuff that tranquilizes elephants.

The extremity of Westover’s upbringing emerges gradually through her telling, which only makes the telling more alluring and harrowing. The basics are these: Now in her early 30s, she was the youngest of seven in a survivalist family in the shadow of a mountain in a Mormon pocket of southeastern Idaho. Her father, Gene (a pseudonym), grew up on a farm at the base of the mountain, the son of a hot-tempered father, and moved up the slope with his wife, the product of a more genteel upbringing in the nearby small town. Gene sustained his growing family by building barns and hay sheds and by scrapping metal in his junkyard; his wife, Faye (also a pseudonym), chipped in with her income from mixing up herbal remedies and from her reluctant work as an unlicensed midwife’s assistant and then midwife.

Bill Gates is her biggest fan: She was one of TIME‘s most influential people of 2019, and in her citation, Bill Gates wrote:

If you haven’t read Educated yet, chances are you know someone who has. Tara Westover’s brilliant memoir has been on the best-seller list since its release, and for good reason. Her story of growing up in a Mormon survivalist home—and eventually escaping to earn a doctorate from Cambridge University—­is hard to put down.

I had the opportunity to sit down with Tara last year, and she’s somehow even more impressive in person. Her unique perspective on polarization in America feels especially important right now. Educated isn’t a political book, but it touches on common divides in our country: red states vs. blue states, rural vs. urban, college-educated vs. not. Tara has a lot of smart things to say about overcoming those divides, and I’m glad Educated’s success has given her a platform to use her voice. I look forward to reading—or seeing!—what comes next from her.

And here she is on Ellen: