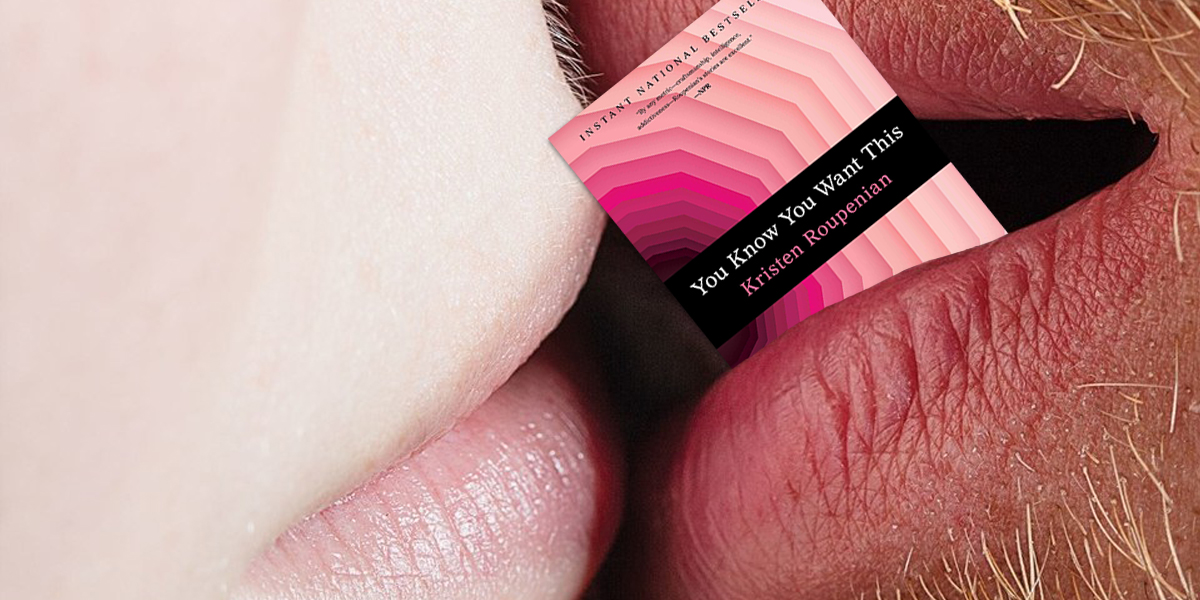 Kristen Roupenian, You Know You Want This (2019)

It was a terrible kiss, shockingly bad; Margot had trouble believing that a grown man could possibly be so bad at kissing.

Essential stats: This one is sort of a cheat, because the collection itself wasn’t as defining as the story that spawned it, but that story was massive enough that I think it counts, and this is my list. In the first week of December in the year of our lord 2017, it seemed like everyone on the planet (or at least the internet) was reading Kristen Roupenian’s “Cat Person,” a short story published in The New Yorker. Despite its publication in the last month of the year, it quickly became the most read piece of fiction of the year—and one of the most read stories overall. After “Cat Person” went viral, Roupenian quickly sold You Know You Want This, her first book, for a reported $1.2 million, and sold the adaptation rights to HBO. In 2019, when You Know You Want This was set to come out, Roupenian even wrote a piece about how the “Cat Person” frenzy felt, something I think no one would have imagined for a literary short story writer this decade.

What was so special about “Cat Person”? Well, it depends on who you ask. And you can ask a lot of people. Pretty much everyone wrote a think piece and/or an explainer about it, including me. But in short, many people found it deeply relatable, and for some of those people, it was the first time they’d ever seen themselves and their experience so clearly in a piece of fiction. Also, some people thought it was an essay, which goes to show how deeply the age of the online personal essay has warped our ability to distinguish fact from fiction. Literary arguments ensued over whether “relatability” was a good measure of literary fiction, but I think most people settled on the idea that it was great if more people read it, no matter why they did.

Okay, so everyone has an opinion about “Cat Person,” but is the collection any good? Reviews were decidedly mixed. Turns out Roupenian is more of a horror writer than anyone expected, which may have been part of it. In The New York Times Book Review, Lauren Holmes called the collection “exciting, smart, perceptive, weird and dark,” and wrote: “What’s special about “Cat Person,” and the rest of the stories in You Know You Want This, is the author’s expert control of language, character, story—her ability to write stories that feel told, and yet so unpretentious and accessible that we think they must be true.” Parul Sehgal, on the other hand, called it “a dull, needy book” and wrote” “There’s none of the simmer of “Cat Person” or its attention to language in the rest of these stories. Roupenian will work a metaphor until it screams.” Seems like you’ll have to decide for yourself.