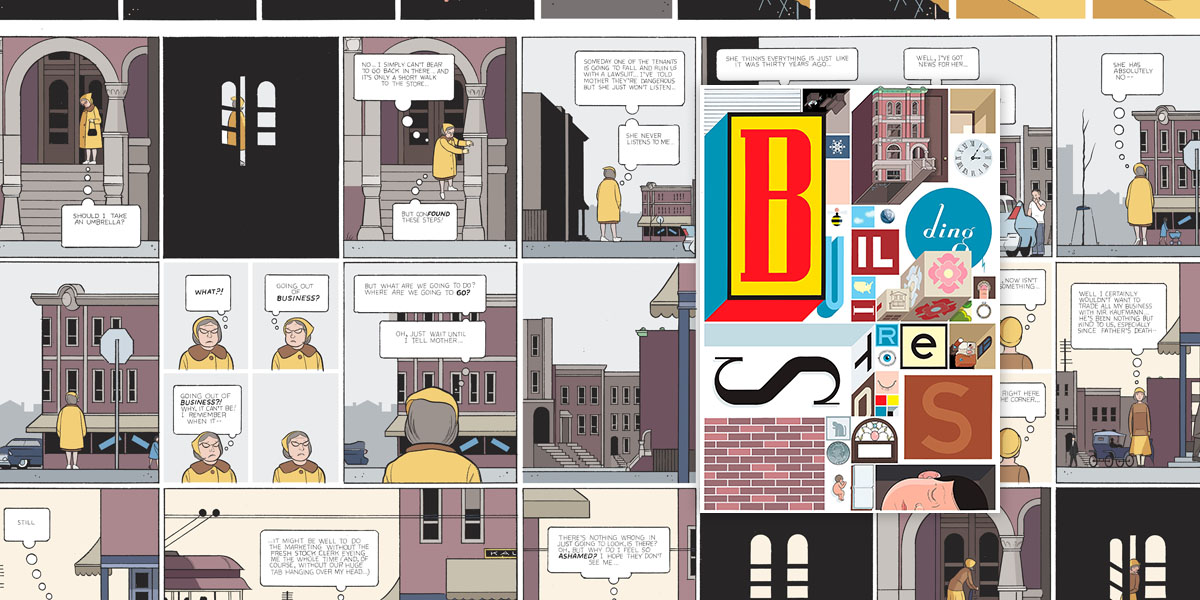 Essential stats: Ware’s 2012 graphic novel—er, graphic box full of 14 “easily misplaced elements” that can be read in any order—was published 12 years after Jimmy Corrigan and was widely hailed as his masterpiece; it won him a slew of awards, including an Eisner Award (the National Book Award of the comics world) and the Lynd Ward Graphic Novel Prize.

Wait, a box? Yep. Building Stories was as much a triumph of form as of storytelling, a thumbed nose at an increasingly digital reading world. It came in a box, and in the box, a series of books and leaflets in varying sizes. “The organizing principle of Building Stories is architecture, and — even more than he usually does — Ware renders places and events alike as architectural diagrams,” writes Douglas Wolk in The New York Times Book Review.

He’s certain of every detail of these rooms, and tends to splay their furnishings out diagonally to show how they fit together. Every visual observation of bodies or nature is ruthlessly adjusted to the level of symbol, rendered in a minimal number of hard, perfectly even, perfectly straight or curved lines. Elaborate strings of micro-panels explode scenes’ components outward through time or through a character’s thought patterns; mandala-ish page compositions arrange associative chains of text and pictures around a central image. The florist’s young daughter appears, practically life-size, at the middle of one of the biggest double-page sequences in the book.

I still don’t really get it? This should help: