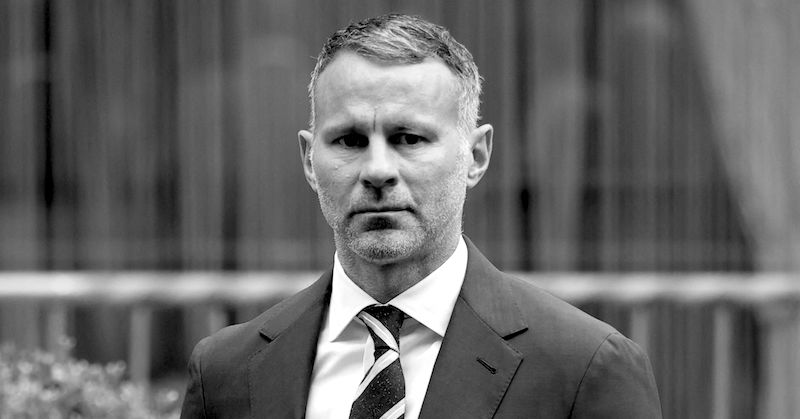 Former Manchester United soccer star Ryan Giggs’s trial for alleged domestic abuse has revealed many things—mainly that he was an awful, abusive, and toxic boyfriend to Kate Greville. But he may* also be responsible for the worst love poem ever written (which was read aloud during the trial).

My darling Kate
Unequivocally our love was fate

Can’t help thinking pulling you was my
greatest ever coo

I’m gonna end by saying you are my love my friend my soul
And most of all you believe in me,
which makes me hard as a totem pole

*He is, actually, definitively responsible for the worst love poem ever written.

Literary Hub is pleased to reveal the cover for Joy Castro’s new novel One Brilliant Flame, which will be published by Lake Union in January. Here’s how the publisher describes the book:

Key West, 1886. The booming cigar industry makes it the most prosperous city in Florida. As a rebel base for the anticolonial insurgency in Cuba, it’s also a tinderbox for six young friends with ambitious dreams.

They all brim with secrets: Zenaida, the daughter of an assassinated Havana journalist; power-hungry Sofia, who plots a fast track to success; Chaveta, Zenaida’s loyal comrade in arms who fearlessly flouts tradition; Feliciano, a charismatic Spanish anarchist; Libano, the cafetero, silent and watchful; and Maceo, a daring guerrilla soldier who fights a brutal undertow. As lives intertwine, revolution smolders, and passions ignite, the bustling coral island is set to explode.

Against the backdrop of the Great Fire of Key West, One Brilliant Flame explores the luminous fates of consuming passion and encroaching peril in the face of insurrection, sacrifice, and inextinguishable hope.

And here’s the cover, which was designed by Kimberly Glyder: 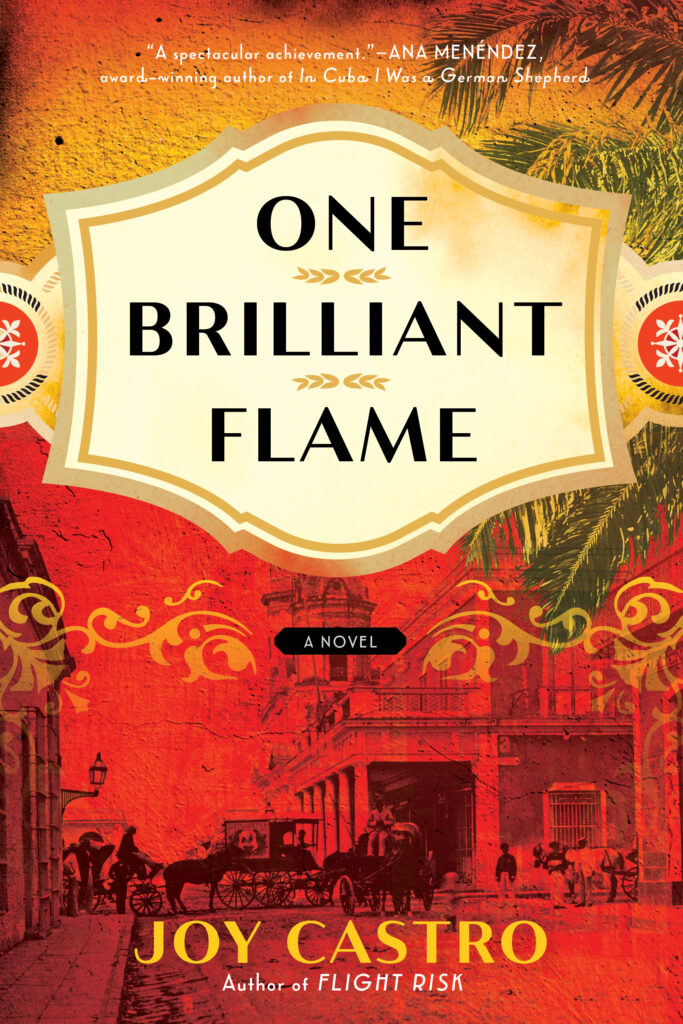 “What’s so gorgeous to me about Kimberly Glyder’s design is the way it beautifully and subtly captures so many layers of the complicated narrative of One Brilliant Flame, which is set during a volatile and utopian historical moment that’s mostly unknown today,” Castro told Lit Hub.

The palm fronds signal the tropical setting—Key West—and the horses, carriages, and architecture quickly convey that the novel is historical. When the devastating real-life fire of 1886 (on which the plot hinges) destroyed the city, politically motivated arson was suspected, because Key West then served as the rebel base for the anticolonial Cuban insurgency against Spain, and the red-dominant color palette and curling gold graphic element work wonderfully to suggest flames; the burnt edge enhances that effect. But the most elegant touch, given the fact that most of the characters labor in or depend upon the transnational Cuban cigar industry, is the way that Kimberly Glyder wove in the cigar label motif. Perfect. It does everything I could have dreamed.

“We wanted the cover for Joy Castro’s One Brilliant Flame to instantly evoke for readers a sense of the 19th century cigar industry and the Great Fire of Key West, so we chose deep red hues and warm yellow tones to immerse readers in the heat and flames of the Great Fire central to the story,” said Adrienne Krogh, Art Director at Amazon Publishing. “This book takes place at a time when one’s outcome in life was directly related to their social class. Rather than focus on a single character or a specific location, we wanted to highlight the myriad characters, from all walks of life, whose lives were inextricably woven into the cigar industry.”

One Brilliant Flame will hit stands on January 3, 2023. You can preorder it here.

If you’re unfamiliar with the style of Daily Mail headlines, you’re living a more honorable life than I, and I applaud you. For those who recognize the truly bananas way that the paper of ill-record titles its celebrity stories, I present to you… Shakespeare plays, if the headline writers at the Daily Mail got ahold of them.

The Taming of the Shrew
Katherina Dazzles After Slimming Down Thanks to Petruchio’s MIRACLE DIET: “The poorest service is repaid with thanks; And so shall mine, before you touch the meat.”

Twelfth Night
Olivia Steps out with Mystery Man… Days After BRUTALLY Rebuffing the Duke: “I Cannot Love Him” 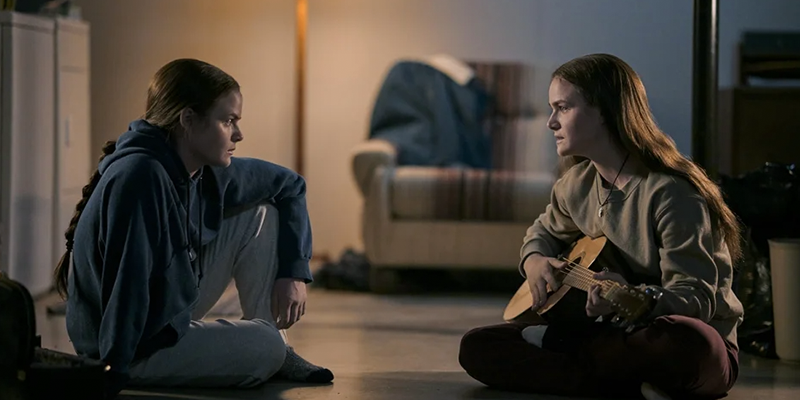 Watch the trailer for Tegan and Sara’s High School and fuel your inner indie teenage angst.

If you clicked on this, you’re probably well aware that the beloved sister indie pop duo published a memoir in 2019 called High School. Amazon Freevee (boo) is adapting it into a TV show (yay) starring Railey and Seazynn Gilliland as Tegan and Sara Quin.

And now we have a sneak peak.

So excited to share a sneak peek of High School, coming to @AmazonFreevee on October 14th! We are beyond grateful to have been part of bringing our story to TV, and to the cast and crew who made this beautiful show. Teenage T&S would flip the fuck out about this shit. Surreal AF. pic.twitter.com/zHkSka4ioI

The trailer promises catchy tunes, cute girls kissing, and like one second of Cobie Smulders.

The line “Tegan didn’t go to school today,” is going to be stuck in my head till… well, October 14 probably, which is when the show premieres. 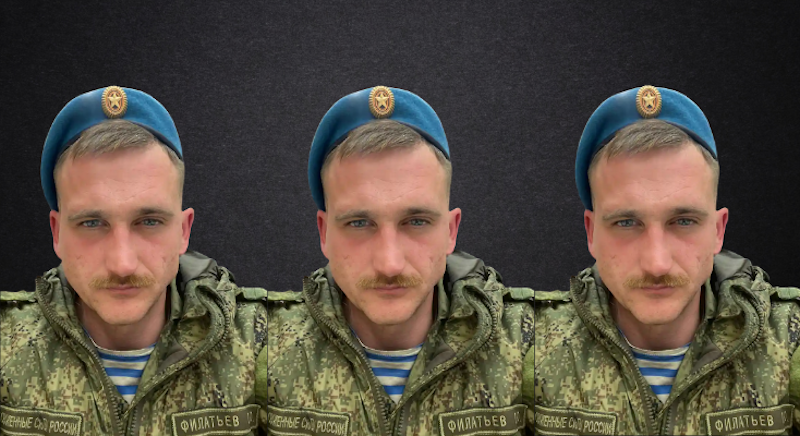 A young Russian soldier has written a scathing account of Putin’s inept war.

A 34-year-old Russian paratrooper named Pavel Filatyev has written a brutally critical account of his time in the Russian army leading up to and during the invasion of Ukraine. The 141-page account can be read here in Russian and, based on the lengthy Twitter thread below by military historian Chris Owen, reads something like a cross between Catch-22 and The Good Soldier Svejk.

1/ A 34-year-old former Russian paratrooper, Pavel Filatyev, has published a remarkable in-depth account of his experiences of the Ukraine war. He served with the Feodosia-based 56th Guards Air Assault Regiment and fought in southern Ukraine for two months. A 🧵 follows. pic.twitter.com/upGQAejb12

Among other things, Filatyev details squalid, unlivable conditions throughout basic training, created and compounded by bureaucracy and ineptitude at every level:

I had to run like a homeless from one barracks to another, looking for a bed to sleep in, until I found a place to rent at my own expense

There is not enough food for everyone, the potatoes in the soup are raw… the bread is stale

We get up at 5 in the morning, spend three hours lined up and waiting for the truck, we finally go, we arrive at 12, line up, stand, the commanders at the range do not like the way some piece of paper is filled out, the major tears up the sheet and throws it. He yells with hysterical cries that there will be no firing because of this…

Per The Guardian, yesterday, Filatyev goes on to write about his experience of the taking of Kherson:

Like savages, we ate everything there: oats, porridge, jam, honey, coffee … We didn’t give a damn about anything, we’d already been pushed to the limit. Most had spent a month in the fields with no hint of comfort, a shower or normal food.

What a wild state you can drive people to by not giving any thought to the fact that they need to sleep, eat and wash. Everything around gave us a vile feeling; like wretches we were just trying to survive.

Filatyev, of course, published this account at great personal risk, and has since fled Russia. But before doing so, he was interviewed in a Moscow cafe:

I am not afraid to fight in war. But I need to feel justice, to understand that what I’m doing is right. And I believe that this is all failing not only because the government has stolen everything, but because we, Russians, don’t feel that what we are doing is right.

I am just terrified of what happens next. What will we pay for [total victory]? Who will be left in our country? … For myself I said that this is a personal tragedy. Because what have we become? And how can it get any worse?

I very much hope this memoir is already on the way to a full translation in multiple languages.