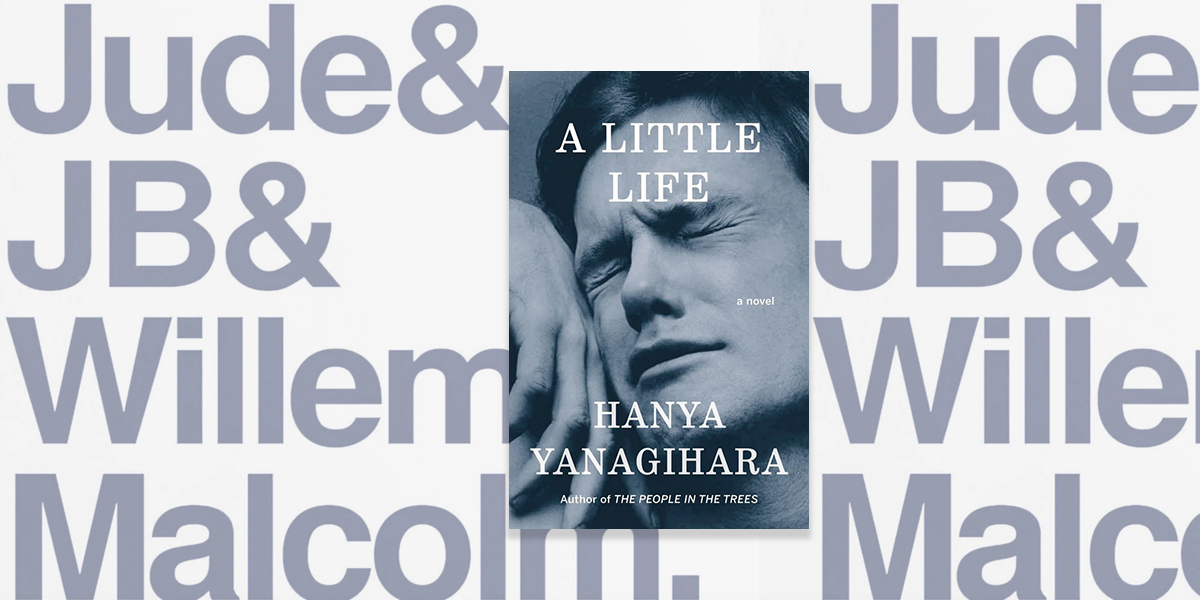 You won’t understand what I mean now, but someday you will: the only trick of friendship, I think, is to find people who are better than you are—not smarter, not cooler, but kinder, and more generous, and more forgiving—and then to appreciate them for what they can teach you, and to try to listen to them when they tell you something about yourself, no matter how bad—or good—it might be, and to trust them, which is the hardest thing of all. But the best, as well.

Essential stats: Yanagihara’s extremely difficult, extremely ambitious, unusually disturbing 814-page novel won the 2015 Kirkus Prize, and was a finalist (or shortlisted) for the Booker, the National Book Award, the Andrew Carnegie Medal for Excellence in Fiction, and the International Dublin Literary Award. No one expected it to become a bestseller, for the reasons listed above, but somehow it did, becoming a bona fide phenomenon and “the sleeper literary hit of the summer.” Absolutely everyone who read it took a picture of themselves holding it up in front of their face. I mean, there was merch. Merch worn by Antoni, the robot trapped in a human body on Queer Eye. It was also, not for nothing, one of the best novels of the decade, in the opinion of this establishment.

What did the critics say? Opinions were split, even polarized. Garth Greenwell hailed it as a candidate for the “great gay novel,” writing for The Atlantic that “in this astonishing novel, Yanagihara achieves what great gay art from Proust to Almodóvar has so often sought: a grandeur of feeling adequate to ‘the terrifying largeness, the impossibility of the world.'” On the other hand, in The New York Times Book Review, Carol Anshaw took issue with the abstraction of Yanagihara’s New York City, writing that her “success in creating a deeply afflicted protagonist is offset by placing him in a world so unrealized it almost seems allegorical, with characters so flatly drawn they seem more representative of people than the actual thing. This leaves the reader, at the end, wondering if she has been foolish for taking seriously something that was merely a contrivance all along.”

But tell me, is it worth it? This reader says yes. Hysterical Realism 4 Eva.