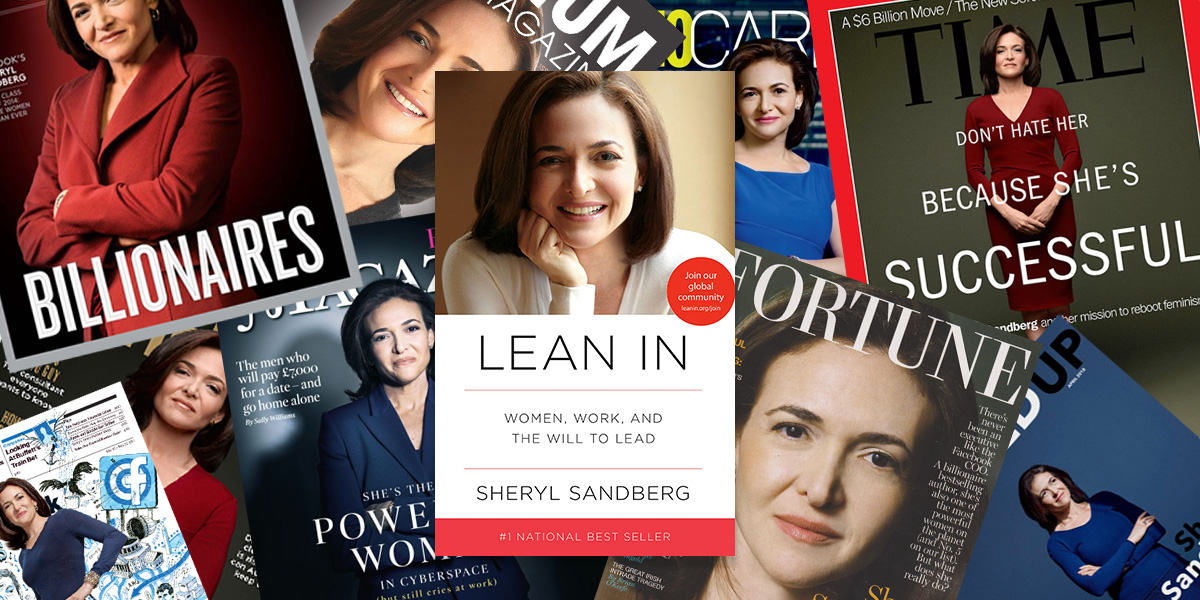 What would you do if you weren’t afraid?

Essential stats: This self-help-slash-business book by the chief operating officer of Facebook—which was, basically, an argument that women hold themselves back (albeit unintentionally) in their careers, and advice for how to counteract that trend—made a huge splash when it was published in 2013, becoming an international #1 bestseller. It remained in the New York Times list for over a year, and sold more than 4.2 million copies worldwide. Perhaps most tellingly, the phrase “lean in” has entered the lexicon, and it hasn’t left, even as people (or at least people I know) have soured on her message. Sandberg also founded a nonprofit organization with the same name, dedicated “to offering women the ongoing inspiration and support to help them achieve their goals.”

That sounds pretty good, no? More leaders who are women? Um, it depends on who you are, I guess. Like, Leaning In doesn’t really work if you aren’t already a white lady with time and resources to burn. Surprising no one, bell hooks puts it well in an essay unpacking Sandberg’s version feminism and her approach’s clear lack of intersectionality:

To women of color young and old, along with anti-racist white women, it is more than obvious that without a call to challenge and change racism as an integral part of class mobility she is really investing in top level success for highly educated women from privileged classes. The call for gender equality in the corporate American is undermined by the practice of exclusivity, and usurped by the heteronormative white supremacist bonding of marriage between white women and men. Founded on the principles of white supremacy and structured to maintain it, the rites of passage in the corporate world mirror this aspect of our nation. Let it be stated again and again that race, and more importantly white supremacy, is a taboo subject in the world according to Sandberg.

And Sandberg’s message was demanding: “She does what too many successful women before her have done: blaming other women for not trying hard enough,” wrote Avivah Wittenberg-Cox in Harvard Business Review. “But women in the US now represent the majority of college graduates, the majority of MAs and the majority of PhDs. How much harder do you want them to “lean in”?” Soon, she says, “every resistant man on the planet” will be able to use her argument against women. “Women must simply become more ambitious, more assertive, more . . . male. Then maybe we can promote them.”

Also, it didn’t really work for a lot of people: Even former evangelists began to sour after a while, once they actually tried Leaning In and discovered its limitations. After Sandberg’s mishandling of Facebook’s involvement with Russian hackers in 2018, many declared Leaning In officially Over.

Though it did work for some.

For the lasting cultural feeling towards the book, take it from Michelle Obama, who while promoting her own memoir, Becoming, told a sold-out stadium: “I tell women, that whole ‘you can have it all’—nope, not at the same time; that’s a lie. And it’s not always enough to lean in, because that shit doesn’t work all the time.”

Sandberg’s 2010 TED Talk, “Why We Have Too Few Women Leaders,” which started it all: