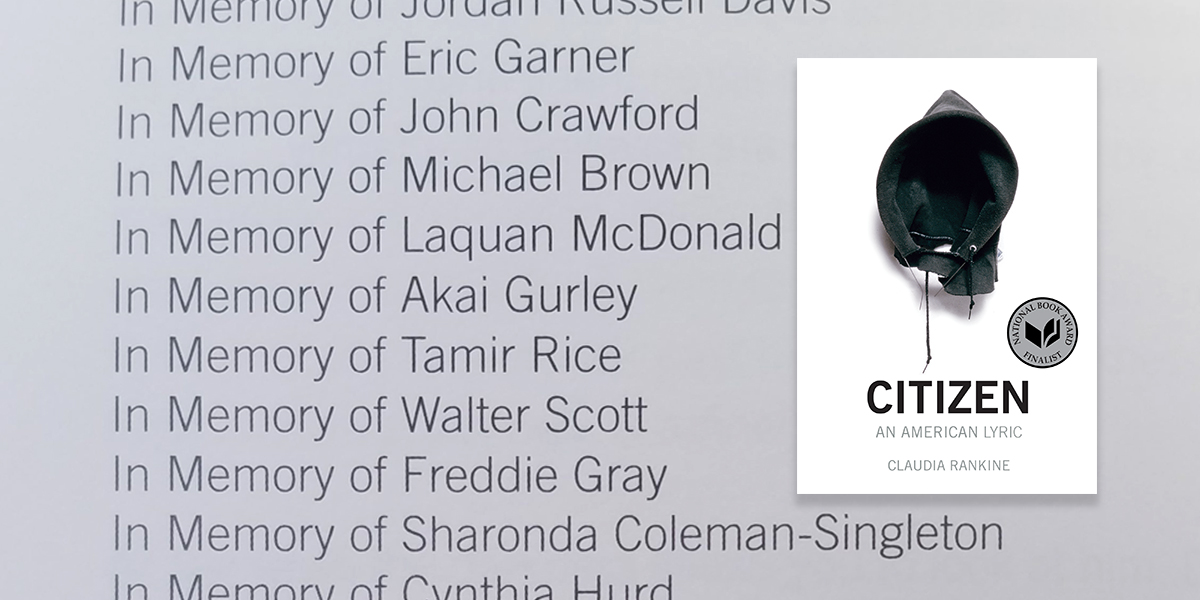 Essential stats: Citizen was a New York Times bestseller and a finalist for the National Book Critics Circle Award in both poetry and criticism; it won in poetry. It was a finalist for the National Book Award. It also won the Pen Center USA, NAACP Image Award, and Forward Prize in that genre. In 2016, Rankine was awarded a MacArthur “Genius” Grant, and in 2017, she was awarded a Guggenheim.

The challenge of making racism relevant, or even evident, to those who do not bear the brunt of its ill effects is tricky. Rankine brilliantly pushes poetry’s forms to disarm readers and circumvent our carefully constructed defense mechanisms against the hint of possibly being racist ourselves … The writing zigs and zags effortlessly between prose poems, images and essays. This is the poet as conceptual artist, in full mastery of her craft. And while the themes of this book could have been mined from any point in America’s history, Rankine sets the whole collection resolutely in the present. Contemporary content and contemporary form mirror each other … it’s like viewing an experimental film or live performance. One is left with a mix of emotions that linger and wend themselves into the subconscious … Rankine creates an intentionally disorienting experience, one that mirrors the experience of racial micro-aggressions her subjects encounter. … throws a Molotov cocktail at the notion that a reduction of injustice is the same as freedom.

Caroline Wozniacki imitating Serena Williams, one of the many moments of racism in pop culture Rankine unpacks in this book: