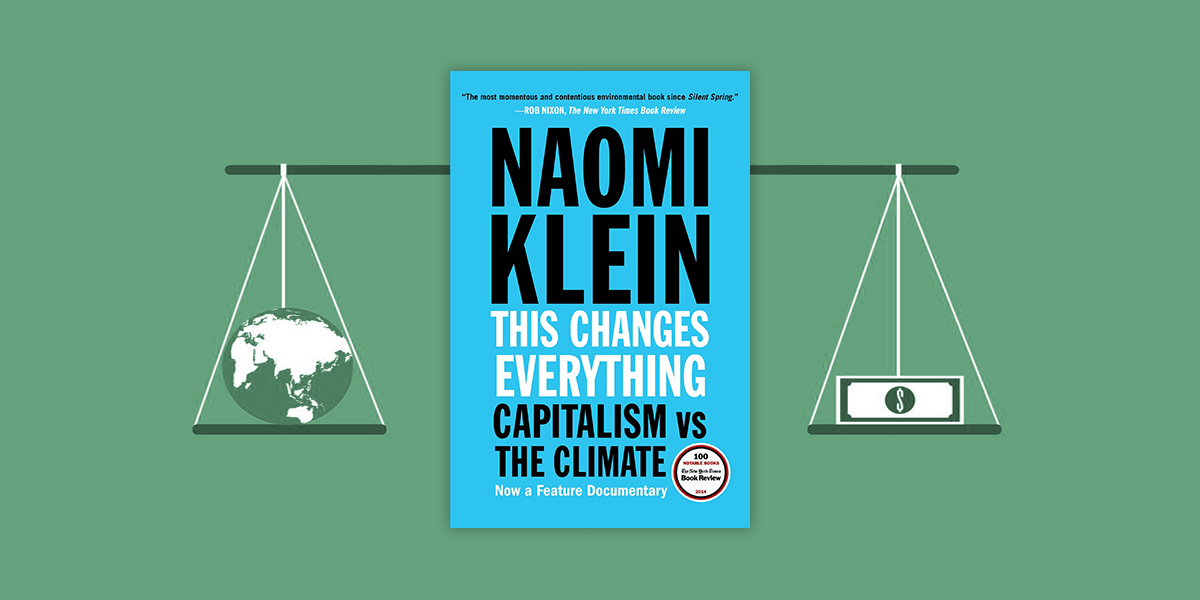 Naomi Klein, This Changes Everything (2014)

So we are left with a stark choice: allow climate disruption to change everything about our world, or change pretty much everything about our economy to avoid that fate. But we need to be very clear: because of our decades of collective denial, no gradual, incremental options are now available to us.

Essential stats: Klein’s climate crisis manifesto was an instant New York Times and international bestseller, and it won Canada’s prestigious Hilary Weston Writers’ Trust Prize for Nonfiction. In 2015, it was adapted into a documentary by Avi Lewis.

What was the basic argument? That we can’t address climate change properly without overhauling our economic system as well.

What made it defining? It was groundbreaking and hopeful in its approach to a massive problem that we were only just starting to really deal with (again) in 2014. Bill McKibben wrote: “This is the best book about climate change in a very long time—in large part because it’s about much more. It sets the most important crisis in human history in the context of our other ongoing traumas, reminding us just how much the powers-that-be depend on the power of coal, gas and oil. And that in turn should give us hope, because it means the fight for a just world is the same as the fight for a livable one.”

And in the New York Times Book Review, Rob Nixon wrote that it was “a book of such ambition and consequence that it is almost unreviewable,” but felt comfortable, in the end, calling it “the most momentous and contentious environmental book since Silent Spring.”