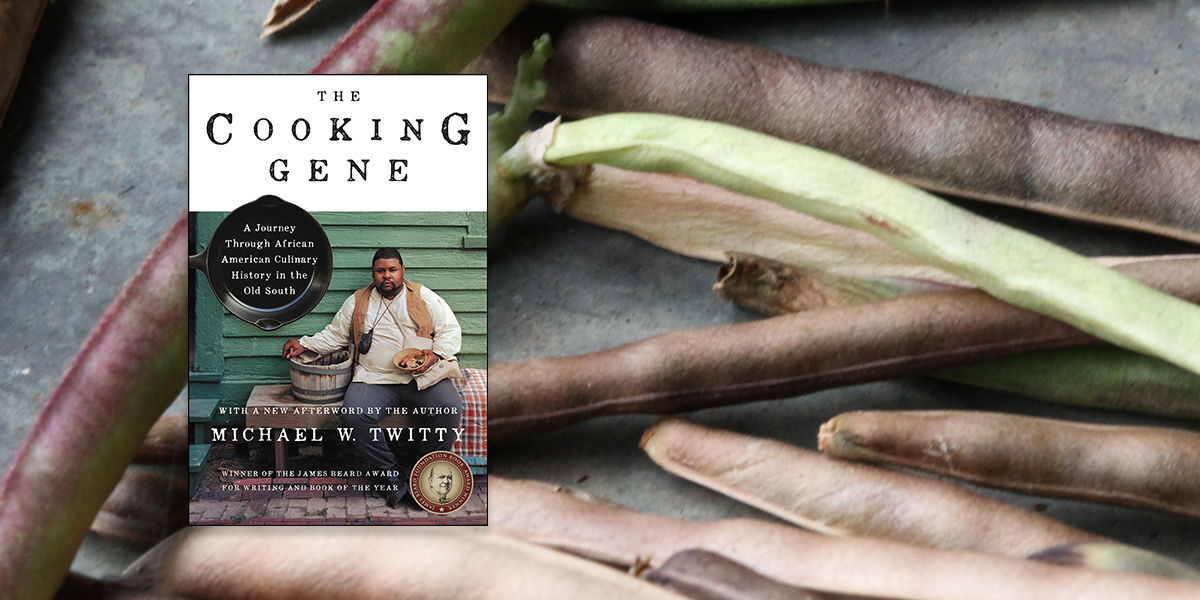 The food is in many cases all we have, all we can go to in order to feel our way into the past.

Essential stats: The book, which received a James Beard Award, was on the list of NPR’s Best Books of 2017 and a finalist for the Kirkus Prize. It went through five hardcover printings and was released in paperback last July.

Why was it defining? Twitty’s exploration of the foodways of the American South, rooted in his own story as a black, gay, Jewish man, epitomizes a recent shift in food writing toward narratives that reckon with the social and political power structures that created our food systems.

What did critics say? Padma Lakshmi, Nigella Lawson, and many other heavy-hitters in the food world loved it. Sho Spaeth wrote for Serious Eats: “Much of Twitty’s work can be described as that of reclamation—of African American identity, of African American cuisine, of the security and comfort of the kitchen, and, above all, of the ownership of the largely white scholarship surrounding the African American experience. … It is an avenue for catharsis, a way to dispel the evil that is the product of ignorance, willful or otherwise.” Dr. Henry Louis Gates wrote, “Slavery made the world of our ancestors incredibly remote to us. Thankfully, the work of Michael W. Twitty helps restore our awareness of their struggles and successes bite by bite, giving us a true taste of the past.”

And see more: on Afroculinaria.