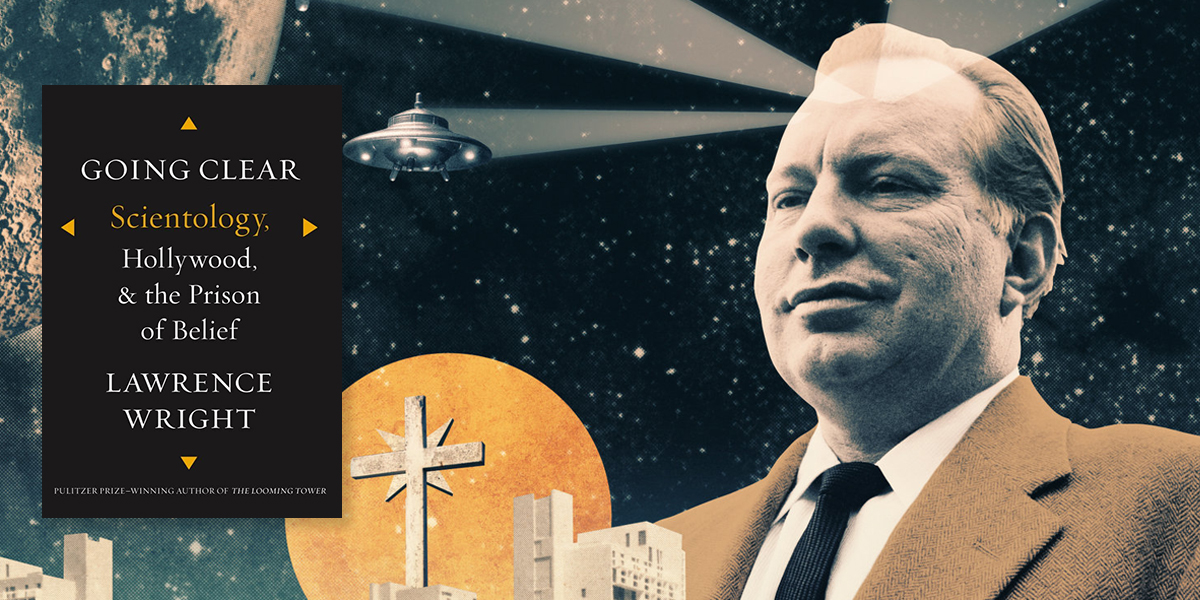 He could easily invent an elaborate, plausible universe. But it is one thing to make that universe believable, and another to believe it. That is the difference between art and religion.

Essential stats: Wright’s exposé of Scientology, for which he talked to some 200 “current and former Scientologists,” was the natural extension of his shocking profile of film director and screenwriter Paul Haggis (who got “all the way to the top” of the Church of Scientology, and resigned after the church’s support of Prop 8, and therefore talked to Wright), which he published to much awe and attention in The New Yorker in 2011. When Going Clear was published in 2013, it was a finalist for both the National Book Awards and the National Book Critics Circle Awards, and it became the basis for a 2015 HBO documentary film directed by Alex Gibney.

What’s so defining about it? This book the reason a lot of people even know about Scientology, much less any of the details. In The New York Review of Books, Diane Johnson called it “a true horror story, the most comprehensive among a number of books published on the subject in the past few years,” and wrote that Wright seems to have a particular ability to understand and explain issues related to religion, recovered memory, fanaticism, “and deviance—and the nerve to withstand objections and threats. With this set of qualifications, he is able to put Scientology into its broadly American social setting.” Americans took notice.

What did the Scientologists say? Oh boy, did they hate it! They have a whole website devoted to hating it and “correcting its numerous errors,” which is called “How Lawrence Wright Got It So Wrong.” Ahead of the HBO documentary’s premiere, the Church of Scientology took out full page ads in newspapers including The New York Times to denounce it, asking, in large font, “Is Alex Gibney’s Upcoming HBO “Documentary” a Rolling Stone/UVA Redux?” Coincidentally (?) Gibney told Rolling Stone that he’s never received “more blowback” for a film. He began to get huge numbers of angry letters—”They’re handwritten,” he said, “so it has the appearance of a spontaneous reaction . . . but the language is so similar”—but the vitriol was even worse for the ex-members who appear in the film. “Some of them have had physical threats, people threatening to take their homes away, private investigators following them. That’s the part that’s really heartbreaking.”