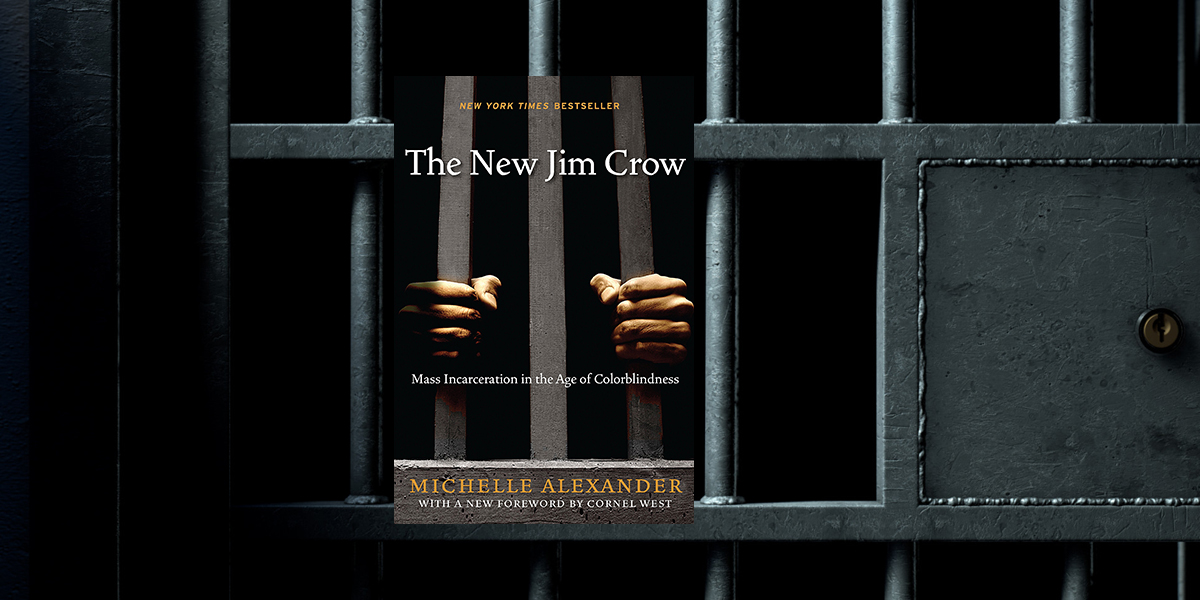 The nature of the criminal justice system has changed. It is no longer primarily concerned with the prevention and punishment of crime, but rather with the management and control of the dispossessed.

Essential stats: In this groundbreaking book, civil rights litigator and legal scholar Alexander argues, essentially, that mass incarceration is our generation’s version of Jim Crow. The New Jim Crow won a slew of awards and critical praise; in The New York Review of Books, Darryl Pinckney wrote that “the literature on race and the criminal justice system is extensive; the film documentaries about the problem tell us things we need to know; the jails keep filling with black and brown people.

Now and then a book comes along that might in time touch the public and educate social commentators, policymakers, and politicians about a glaring wrong that we have been living with that we also somehow don’t know how to face. The New Jim Crow: Mass Incarceration in the Age of Colorblindness by Michelle Alexander is such a work.

What was its impact? Take it from our own Olivia Rutigliano, who wrote:

I read Michelle Alexander’s The New Jim Crow when it first came out, and I remember its colossal impact so clearly—not just on the academic world (it is, technically, an academic book, and Alexander is an academic) but everywhere. It was published during the Obama Administration, an interval which many (white people) thought signaled a new dawn of race relations in America—of a kind of fantastic post-racialism. Though it’s hard to look back on this particular zeitgeist now (when, and I still can’t believe I’m writing this, Donald Trump is president of the United States) without decrying the ignorance and naiveté of this mindset, Alexander’s book called out this the insistence on a phenomenon of “colorblindness” in 2012, as a veneer, as a sham, or as, simply, another form of ignorance. “We have not ended racial caste in America,” she declares, “we have merely redesigned it.” Alexander’s meticulous research concerns the mass incarceration of black men principally through the War on Drugs, Alexander explains how the United States government itself (the justice system) carries out a significant racist pattern of injustice—which not only literally subordinates black men by jailing them, but also then removes them of their rights and turns them into second class citizens after the fact. Former convicts, she learns through working with the ACLU, will face discrimination (discrimination that is supported and justified by society) which includes restrictions from voting rights, juries, food stamps, public housing, student loans—and job opportunities. “Unlike in Jim Crow days, there were no ‘Whites Only’ signs.” Alexander explains. “This system is out of sight, out of mind.” Her book, which exposes this subtler but still horrible new mode of social control, is an essential, groundbreaking achievement which does more than call out the hypocrisy of our infrastructure, but provide it with obvious steps to change.

Here’s Alexander delivering a lecture at the University of Chicago in 2013: