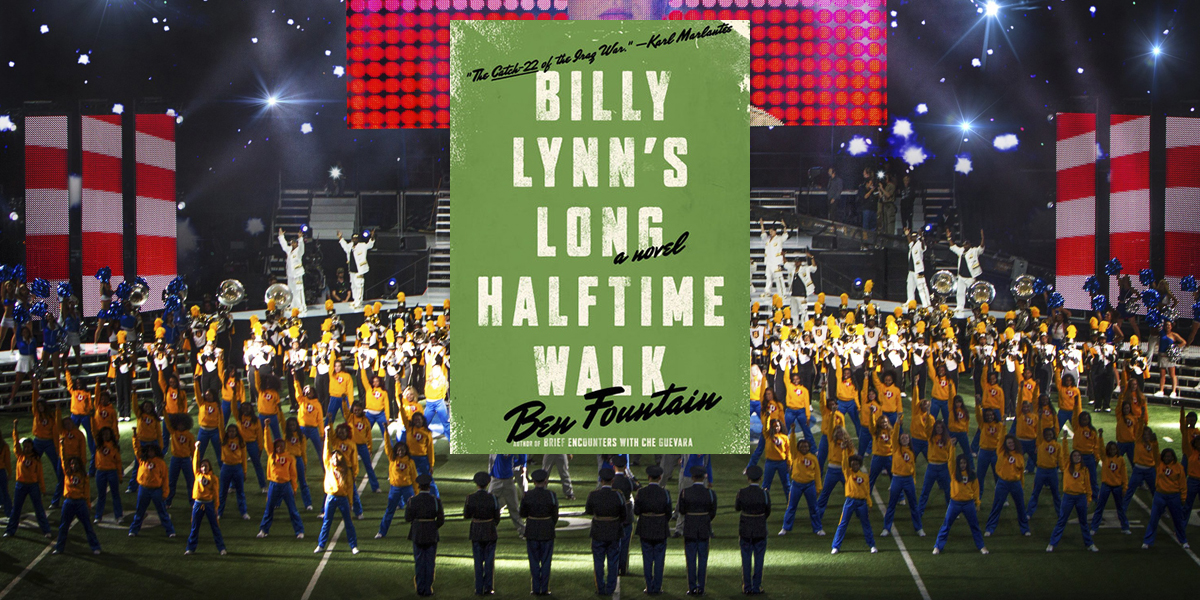 Somewhere along the way America became a giant mall with a country attached.

Essential stats: This satirical war novel—about a group of Iraq War veterans who, after being captured on film embroiled in a brief but intense firefight, are hailed as heroes and sent on a surreal victory tour of the US—was a New York Times bestseller, won the National Book Critics Circle Award, and was a finalist for the National Book Award. It was also adapted into a feature film by Ang Lee.

Would you call it Catch-22 for the Iraq War generation? Well, Joseph Heller’s novel is more mad-cap and surreal, but they’re both biting examinations of how the American war machine is marketed and fed, so yes, I suppose I would.

Was it reviewed by any real-life veterans? Indeed it was. Reviewing the novel for the Daily Beast, author and Iraq War vet Matt Gallagher wrote of Billy Lynn:

This postmodern swirl of inner substance, yellow ribbons, and good(ish) intentions is at the core of Ben Fountain’s brilliant Bush-era novel, Billy Lynn’s Long Halftime Walk… For more than a decade, service members have returned home from Iraq and Afghanistan to find themselves strangers in strange lands, from Disney World to the Mall of America to Texas Stadium. No, Billy Lynn isn’t satire topped with sprinkles of realism. It’s the exact opposite, and Fountain does an estimable job of channeling that experience and psychology. And he does so not with the wit and winking of the jester, but with the blunt ferocity of the herald.

What happened with the film adaptation? It was the first ever feature film using an extra-high frame rate of 120 frames per second (?), which presented a significant number of logistical challenges for Lee and his team, from the cast not being able to wear make-up or utilize traditional film lighting to the realization that only five theaters in the entire world were equipped to show it at its highest resolution and maximum frame rate. While it did receive some positive reviews, overall critics and audiences were left a little cold by Lee’s technological innovations.

Here’s the trailer, in case you haven’t seen it: