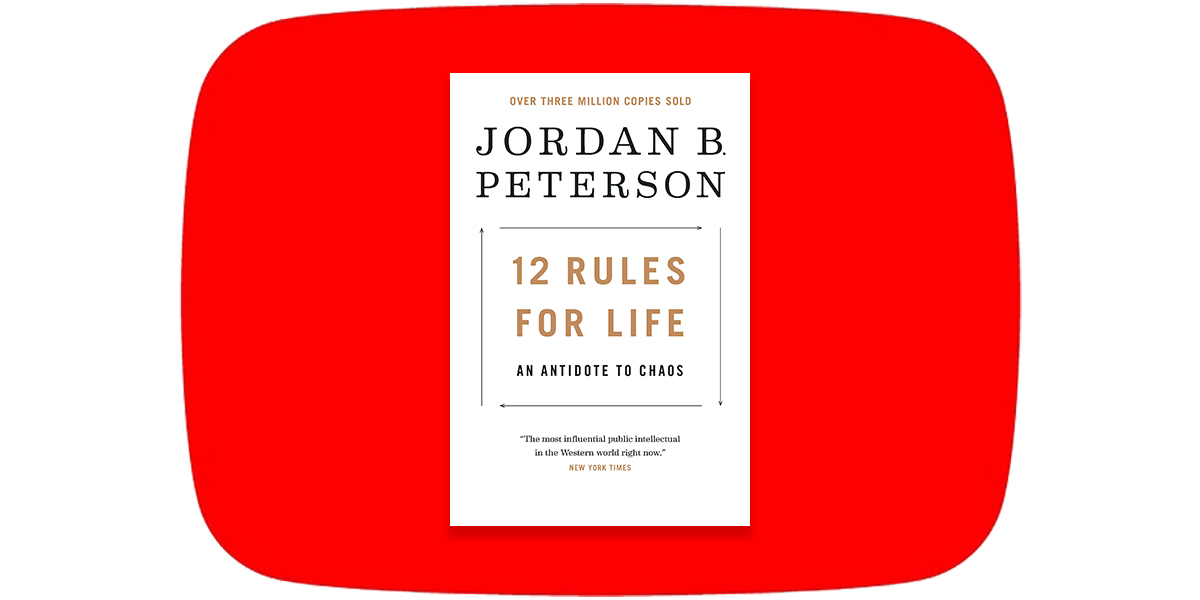 It took untold generations to get you where you are. A little gratitude might be in order. If you’re going to insist on bending the world to your way, you better have your reasons.

Essential stats: This self-help book was an international blockbuster, topping bestseller lists in the US, Canada, and the UK; it has sold more than 3 million copies.

Who is Jordan Peterson? I truly wish I did not have to know the answer. Peterson is a highly controversial Canadian clinical psychologist and academic whose YouTube videos are particularly beloved by the alt-right. His arguments, per The Guardian, have included that it is “his free speech right to refuse to use gender-neutral pronouns for trans and non-binary students,” and that the idea of white privilege is racist, the concept of cultural appropriation is nonsense, modern feminism and women’s studies are dangerous to western society and advancements in gender equality can be bad for women.” Swell. He has described his own politics as “classic British liberal . . .  temperamentally I am high on openness which tilts me to the left, although I am also conscientious which tilts me to the right. Philosophically I am an individualist, not a collectivist of the right or the left. Metaphysically I am an American pragmatist who has been strongly influenced by the psychoanalytic and clinical thinking of Freud and Jung.” Again I say swell.

“His central message,” according to Kelefa Sanneh, “is a thoroughgoing critique of modern liberal culture, which he views as suicidal in its eagerness to upend age-old verities. And he has learned to distill his wide-ranging theories into pithy sentences, including one that has become his de facto catchphrase, a possibly spurious quote that nevertheless captures his style and his substance: “Sort yourself out, bucko.”

What did the critics say? Most were unimpressed. “Once the cloud of testosterone has cleared,” wrote Hari Zunzru,

the reader discovers that each of Peterson’s 12 rules is explained in an essay delivered in a baroque style that combines pull-your-socks-up scolding with footnoted references to academic papers and Blavatskyesque metaphysical flights. He likes to capitalize the word “Being” and also to talk about “fundamental, biological and non-arbitrary emergent truth”. Within a page, we are told that “expedience is cowardly, and shallow, and wrong” and “meaning is what emerges beautifully and profoundly like a newly formed rosebud opening itself out of nothingness into the light of sun and God”. The effect is bizarre, like being shouted at by a rugby coach in a sarong.