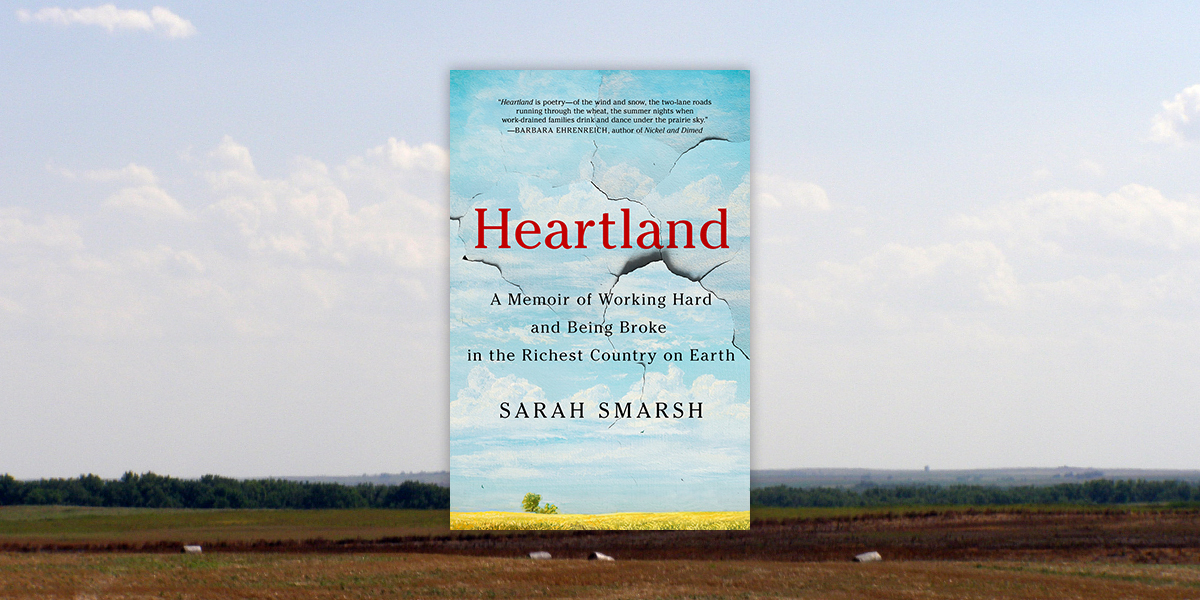 The American Dream has a price tag on it. The cost changes depending on where you’re born and to whom, with what color skin and with how much money in your parents’ bank account. The poorer you are, the higher the price. You can pay an entire life in labor, it turns out, and have nothing to show for it. Less than nothing, even: debt, injury, abject need.

Essential stats: Smarsh’s memoir of growing up in a poor family in rural Kansas was an instant New York Times bestseller, and was a finalist for both the National Book Award and the Kirkus Prize.

Why was it defining? With this book, Smarsh has reframed the narrative around small town Democrats in red states, and has been an important corrective against the likes of J.D. Vance and his ilk. She’s stumped for small town politicians in Kansas, been asked to run for Congress, giving voice to a particular kind of working class Democrat in a way that is pretty important for our country, now and moving forward. As Stephanie Hanes wrote, “It is far too easy to stereotype the poor, the Midwest, or those who live in the country, Smarsh tells us.

The reality is much more nuanced, and all the more heartbreaking . . . As accurate as they may be, the real power of Heartland lies less in Smarsh’s explicit sociological arguments, which can veer toward jargon or read as somewhat tired liberal tropes, but in her startlingly vivid scenes of an impoverished childhood. Many of these narratives are painful. There is insight . . . And while Heartland has its flaws—a structure that sometimes feels forced, a narrative that does not smoothly transition between storytelling and sociological claims—overall the book is an absorbing, important work in a country that needs to know more about itself.

one of a growing number of important works—including Matthew Desmond’s Evicted and Amy Goldstein’s Janesville—that together merit their own section in nonfiction aisles across the country: America’s postindustrial decline. Or, perhaps, simply: class. It’s a term that Smarsh argues wasn’t mentioned during her childhood in the 1980s and ’90s. “This lack of acknowledgment at once invalidated what we were experiencing and shamed us if we tried to express it.”

With deft primers on the Homestead Act, the farming crisis of the ’80s and Reaganomics, Smarsh shows how the false promise of the “American dream” was used to subjugate the poor. It’s a powerful mantra. But so too is What would I tell my daughter?