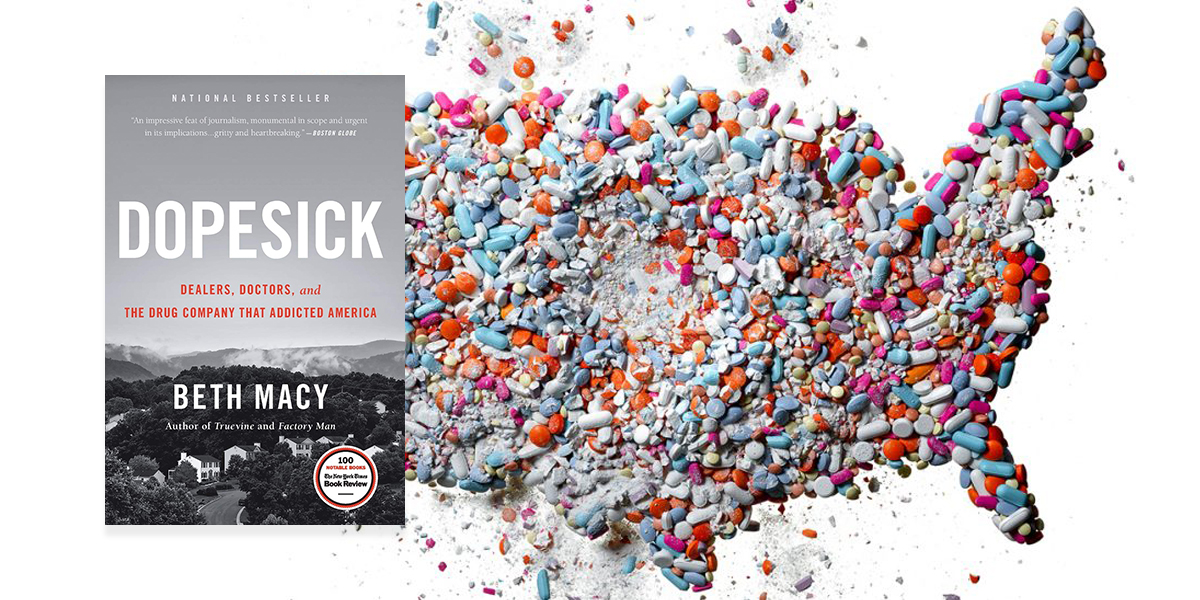 Opioids are now on pace to kill as many Americans in a decade as HIV/AIDS has since it began, with leveling-off projections tenuously predicted in a nebulous, far-off future: sometime after 2020.

Essential stats: It was an instant New York Times bestseller, it won the L.A. Times Book Prize award for science and technology, and it was short-listed for The Kirkus Prize and the Andrew Carnegie Medal. It was optioned for television by Fox 21 and the Littlefield Company.

What made it defining? As Jennifer Szalai pointed out in The New York Times, while Macy’s is not the first book to cover the opioid crisis in America, most of the others “appeared before the 2016 election, when the places in the country most affected by the epidemic went for Trump.

With Dopesick, her third book after Factory Man and Truevine, Macy has waded into a public health morass that has also become a political minefield. Commentators on the left have pointed out the gaping discrepancy between the sympathy extended to today’s opioid users, who are mainly white, and the brutal, racist handling of the war on crack. . . . Macy captures an Appalachian landscape in a state of emergency and in the grip of disillusionment, but there’s little here that’s new. Indeed, that’s part of her point—not enough has changed.

As the rate of overdose deaths from opioids in this country only grows, Macy’s book is a call to action.