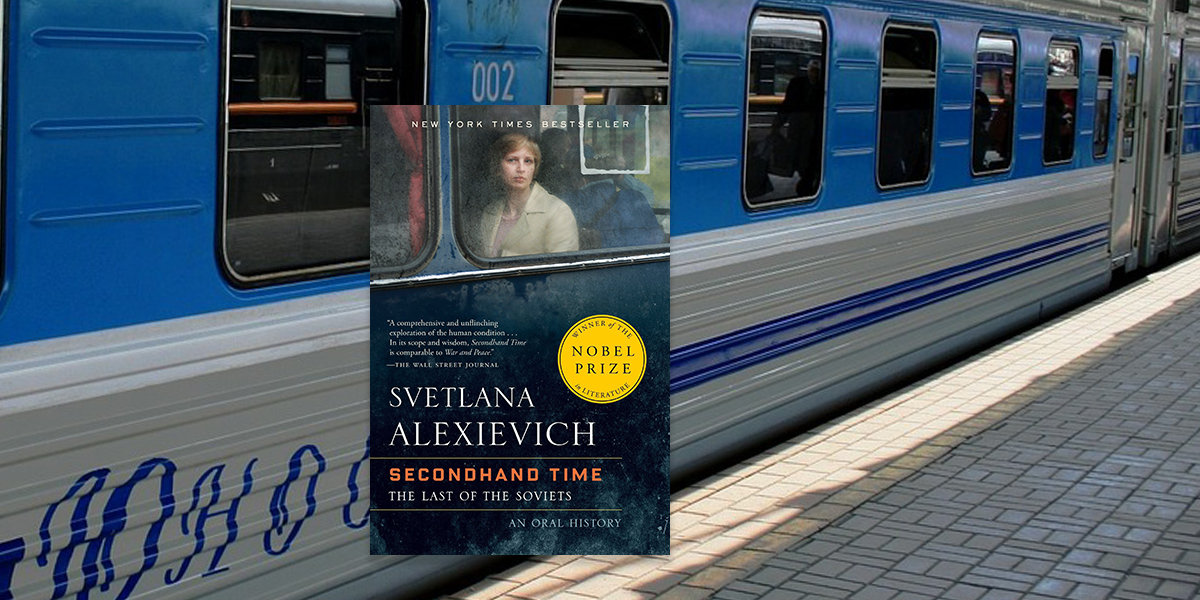 No one had taught us how to be free. We had only ever been taught how to die for freedom.

Essential stats: The 2015 Nobel Prize-winning Belarusian writer’s account of the end of the Soviet Union, told through the stories of ordinary citizens, Secondhand Time was a mammoth, intimate, twenty-year undertaking that cemented Alexievich’s legacy as the “chronicler of the Russian-Soviet soul” and one of the foremost oral historians of all time. According to The Guardian, it is the best book of the decade (and the third best of the 21st century).

How Bleak is it? I mean, yes, unsurprisingly it’s pretty damn bleak. Secondhand Time is 450 pages of worn-out Russians detailing their daily lives during the fall of the Soviet Union—an idea so powerful that it once held sway over a third of the world—and what it’s like to live in the new Russia left in its wake. It’s all pretty heartbreaking.

How was it received in Russia? Not well. The book caused a fair amount of controversy and outrage when it was first published in Russia, where reviewers called it a “slanderous piece of fantasy” and part of a “hysterical chorus of malign attacks.”

You got any cool quotes from the Nobel Prize folks about her? Damn right we do. Announcing her win, the Swedish Academy praised Alexievich’s “polyphonic writings,” describing them as a “monument to suffering and courage in our time.”

Alexievich on the BBC: