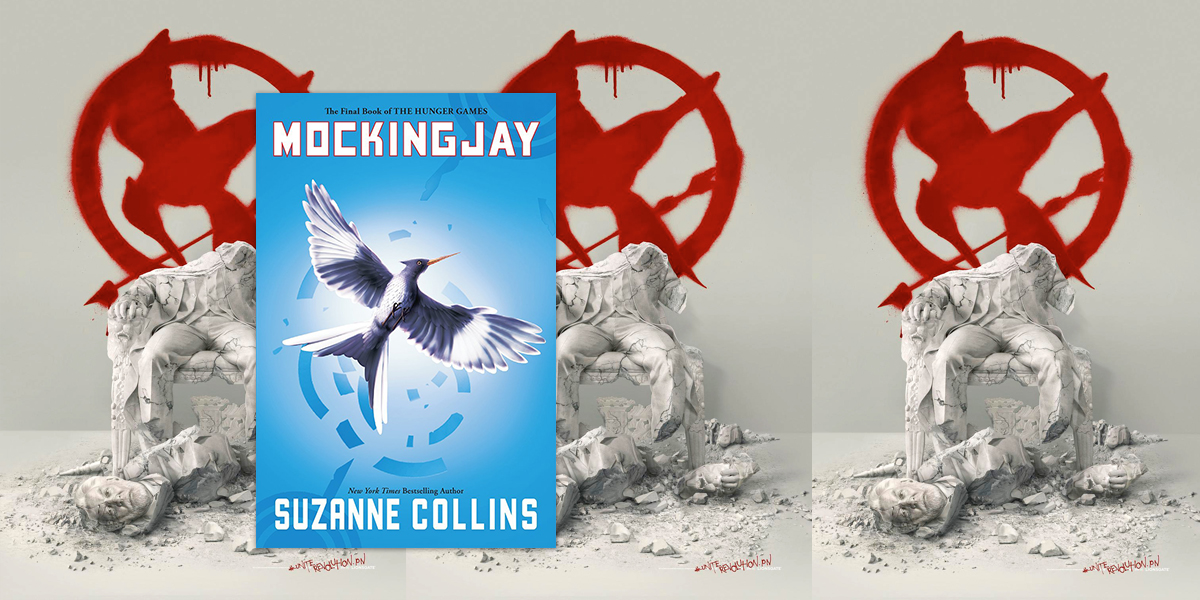 It takes ten times as long to put yourself back together as it does to fall apart.

Wait, which one was Mockingjay? Okay, yes, it was the third one. The Hunger Games, the book that introduced us all to Katniss Everdeen, was published in 2008, and its sequel, Catching Fire, was published in 2009. But since all four (4) of the movies came out in the last decade, I thought the trilogy/franchise/really genius idea deserved a mention.

Is it any good? Yes. I enjoyed the Hunger Games series in general, but I also appreciated this novel in particular. Unlike so many fantasy series and epic stories, in this book, Collins recognizes that her protagonist would be . . . well, pretty fucked up after everything she went through. And she’s not afraid to show it, and let her fail, and have PTSD. I mean, we all would, it’s just that it doesn’t exactly make for neat heroism, and so many writers and filmmakers ignore it. Anecdotally, it seems that Collins’s treatment of Katniss has started a shift towards emotional verisimilitude in characters like these, which may itself be a major defining moment of the decade.

Also, the series, and someone named PistolShrimps, gave us this, which I personally think about once a week (consider my decade defined):