TODAY: In 1944, Lucien Carr is arrested for stabbing David Kammerer; Jack Kerouac and Allen Ginsberg are arrested as material witnesses.

Tracing the evolution of the baroque burn • Mike Gayle on the loneliness of the full-time writer • Rémy Ngamije on vaccination scarcity and the immigrant’s dream • Was Bridget Jones’s Diary the first Internet novel? • The day in a life of an 11-year-old spy in 1939 Berlin • Jean D’Amérique addresses the current state of affairs in Haiti • James Tate Hill on the painful balancing act between the personal and creative • How LeBron James become a leading advocate for educational reform • Arthur Herman gets at the heart of the Icelandic sagas’ perennial appeal • On the meaning of liberation in the face of life-threatening disease • Virginia Feito considers the horror of doppelgängers • On Christian nationalism’s influence over American terrorist Timothy McVeigh • Via Bleidner on coming-of-age in Calabasas • Encountering one of the most toxic trees in the world • The case for opening national borders • Remembering the artists who were among the early victims of Nazi death camps • SNL star Cecily Strong pays tribute to a beloved cousin • Literary writers have a lot to learn from genre writers • Eleanor Henderson in praise of “Sick Lit” • Kit Mackintosh dives into the subculture of Brooklyn drill music • What it means to evoke a place in literature • On the Victorian women whose transatlantic journeys challenged gender roles • What it takes to fictionalize a life • James Rebanks on the surprising history of farming • Elly Fishman describes earning the trust of her teenage subjects • How Christa Päffgen became Nico • How we make narratives out of predatory relationships • “The ratchetdemic educator understands that true knowledge is not given; it is discovered.” • Why Willa C. Richards set her novel in Milwaukee’s “Dahmer summer” • Marc Ribot makes the case for really, really loud music • On the early hoop dreams of Giannis Antetokounmpo 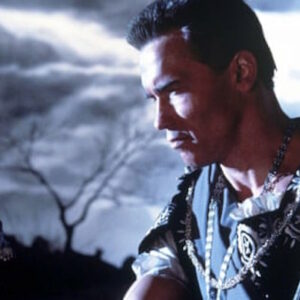 Arnold Schwarzenegger is in the news today because he wrote an article for The Atlantic titled “Don't Be a Schmuck. Put on a Mask.”...
© LitHub
Back to top