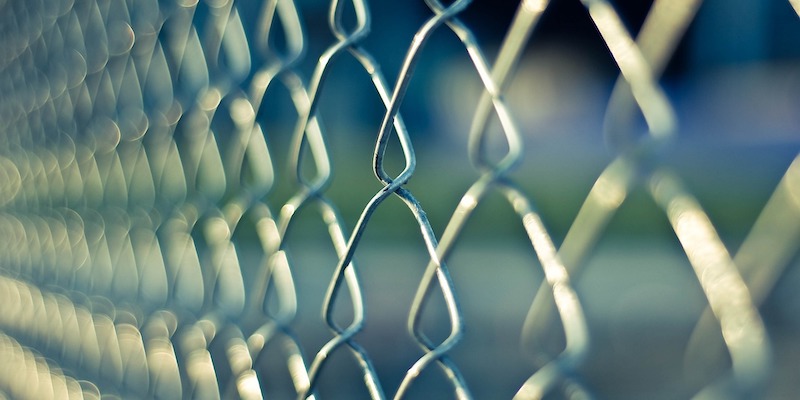 On the Political Movement for Opening National Borders

There are multiple crises facing working people internationally, including unprecedented social inequality, waves of global pandemic, economic recession, climate crisis, the reemergence of fascist movements, the rise of walls and anti-immigrant regimes, and the perpetuation of war. In the United States, there has been the reemergence of strikes, a Black Lives Matter uprising that has reverberated internationally, and the emergence of a movement against border walls and immigrant repression. All of these crises—and their negations, intersect at the point of class struggle.

Capitalism is undergoing multiple crises, and its state managers can only respond by intensifying methods of exploitation, violence, and conflict in order to maintain accumulation. The international criminalization of migration—at its most defined and systematic form in the United States—results in the super exploitation of transborder people through legally-sanctioned repression, detention, and terrorization by an expanding wing of the repressive state apparatus—the migra-state.

This refers to an expanding public–private complex of migrant repression: The Department of Homeland Security, Immigration and Customs Enforcement, Border Patrol, the physical and virtual walls, an array of surveillance technologies, checkpoints, databases and information technology, detention centers, prison camps, and affiliated local police. The complex has been underwritten and nurtured by both political parties in the US and executed by the state regardless of which party in power, thereby representing its instrumental role within the functioning of capitalism.

The movement against state violence, is being drawn into closer proximity to the reality of this system. In recent years, human and worker rights activists have seen how the scale of repression has transmogrified into barbarism: agents killing migrants and refugees at the border with impunity, whole families held in detention centers, or forcibly separated and locked into makeshift prison camps and made to endure torture, forced medical procedures, and psychological abuse.

In the cities and around the country, agents terrorize communities, disappearing people from the streets, homes, and workplaces. People are snatched from hospital beds, kids are left abandoned without support. Furthermore, state agents routinely target workers attempting to organize in the workplace, community activists, and political dissidents. The propensity and scale of violence has produced a qualitatively different reality for “noncitizen” society, one that shares some characteristics of state violence experienced under fascism.

In recent years, we have seen the emergence of abolition movements.

Therefore, the issue of labor migration has become bound-up into two contradictory components of one whole: the future of organized labor is dependent on expanding rights for migrants while the future of capitalism is dependent on curtailing them. Both cannot proceed in parity but only in conflict with the other. At the present, these forces are greatly imbalanced, with state repression expanding into a twenty-first century behemoth and the organized labor movement at one of its lowest ebbs in history.

Nevertheless, the depth of the crisis and recurring eruption of working class-struggle, and the rise of a new socialist consciousness and movement in the US shows the potential to shift the poles. The abolition of the migra-state and the rebuilding of a new labor movement, one with transformative politics and a class-struggle orientation, will require the conscious building up of social forces and organizational capacity to achieve its goals. This will require new formations of a socialist left that works directly in existing unions (or organizing new ones), in the working-class communities, and in the streets to provide the critically-needed ranks that can aggregate and coalesce the social forces necessary to open the border.

While there is no precise equation for opening the border, the process will need to develop and evolve across three dimensions: organizing campaigns to overturn and abolish the multifarious regimes of migrant repression, building labor solidarity within and across borders, and by forming political organization that is ideologically equipped to coalesce and direct working class power through social movements and political campaigns against the pillars that uphold the capitalist mode of production—including bordered capitalism.

The fight to open the border unequivocally supports the free movement of poor, working class, and refugee peoples across borders, as well as the guarantee of all attendant rights currently restricted to territorially-based “citizens.” It rejects the embedded reactionary logic that migrants are an inherent threat, and challenges the unquestioned rights of capital embedded in capital-mobility agreements (CMAs) by recognizing their destructive impact on unions, wages, and working conditions for workers on an international level.

Like CMAs do for capital, the movement for open borders refers for the extension of universal rights across national boundaries. In the case of labor migration, it means full and equal transborder human rights, labor rights, and democratic and civil rights.

Decriminalizing labor migration requires the overturning of the regime of laws and policies and physical structures that sanction state violence. It necessitates the delegitimization and demolition of the apparatus that has been constructed solely to obstruct, disrupt, oppress, and control a stratum of the working class who are denied the legal means to cross borders.

The machinery of state violence has to be dismantled. This begins with the demilitarization the border, the removal of the walls, checkpoints, and other antihuman technologies aimed at transborder populations. It necessitates the abolition of the assemblies of armed agents of the Department of Homeland Security and the barbaric complex of detention centers and concentration camps.

Furthermore, abolition must then extend into the architecture of segregation and labor repression that holds hostage millions of disenfranchised workers within the economy. A growing number of industries and workplaces have been sub-tiered with immigrant labor through the state-sanctioned suppression of their wages, conditions, and employment options; creating what are now commonly believed to be “immigrant jobs.” These have been further structured with the introduction of employer-empowering checks and controls such as E-verify, I-9 audits, and other anti-migrant data-collection and information-gathering systems. Opportunistic capitalists and managers that originally mastered the use of these tools for labor super exploitation compelled their competitors to follow suit, carving out whole sectors and geographies of the economy.

Opening the border requires the eradication of these regimes and other explicitly antiworker and union-busting methods and the extension of the rights to unionize and collectively bargain. This is something immigrant workers have shown a propensity to support, and that is imperative for the advance of US unions and the labor movement. The US legal and justice system cannot be relied on to achieve these goals, as they have been designed and ingrained by centuries of practice to function under the premise of the sanctity of capital accumulation and profit over labor. From the district attorneys to the judges, and from the legislators to bureaucratic appointees, policy makers and policy executors operate under the premise that the functioning of capitalism, i.e. the exploitation of labor in all legitimated forms, is the “normal affair of things.”

As migrant labor has been functionally necessary for the US economy as a form of labor reproduction, the perpetuation and maintenance of disenfranchised labor demonstrates its political function. There is precedent for creating legal pathways to citizenship for migrant workers, i.e. amnesty, and other methods to attain legalization. These have historically led to worker integration, democratization, and unionization; which in turn increase worker’s negotiating power and shifts the balance toward increased class-struggle as workers go on strike to retain a larger share of the value they produce.

Policing is a means of social control over a society defined by structural inequalities—by race, class, gender, immigration status and more.

As a result of its essential function, bordered capitalism no longer accepts labor integration as a permissible option or negotiable item. Migrant labor criminalization has become an objectified and operational branch of capitalist accumulation, such that state has become the full-time manager of its reproduction to sustain capitalism. Under the system of capitalism, “freedom” for both capital and labor mobility cannot coexist, as this model of accumulation is dependent upon explicit and legalized forms of labor repression, control, and disorganization. This existential contradiction means that labor can only free itself through struggle, and ultimately by abolishing the capitalist mode of production and replacing it with workers’ democracy and socialism. Therefore, reforming the migra-state while the capitalist mode of production is intact is not possible; so dismantling and abolishing the migra-state requires full-scale confrontation with the capitalist mode of production itself.

In recent years, we have seen the emergence of abolition movements. The Black freedom uprising has produced and reinvigorated movements to defund and abolish the police along with the prison industry. There has also been a surge of support behind a nationwide campaign to abolish ICE and to close the detention centers and refugee concentration camps. This historic reckoning with state violence through policing and incarceration—that disproportionately target Black and Brown working-class people—expose the racist and class nature of the state and capitalist system. It also shows the intersection points of struggle that can unite the larger ranks of the working class behind these movements. As one observer notes of the recent uprising and role of immigration police:

Indeed, ICE and CBP [Customs and Border Protection] have reinforced police attacks on protesters. Their participation in police violence reminds us of the tight connections between domestic policing and immigration enforcement, and why organizers pushing to dismantle policing and defend Black lives also demand that we #AbolishICE and #AbolishCBP. The webs connecting ICE, CBP and police show that policing is not just about official police departments. Policing is a means of social control over a society defined by structural inequalities—by race, class, gender, immigration status and more. 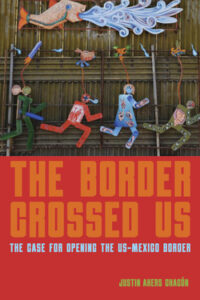 From The Border Crossed Us: The Case for Opening the Us-Mexico Border by Justin Akers Chacón . Used with the permission of Haymarket Books.

Justin Akers Chacón is an activist, labor unionist, and educator living in the San Diego-Tijuana border region. He is a Professor of Chicana/o History at San Diego City College. His other books include No One is Illegal (with Mike Davis) and Radicals in the Barrio. 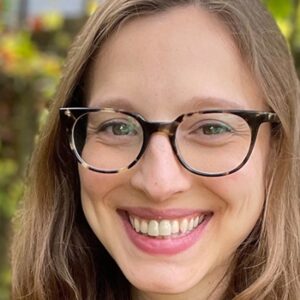