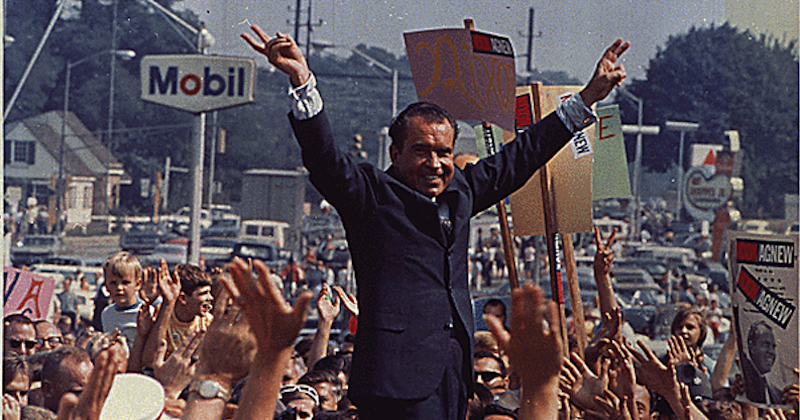 On the Art of Literary Name-Calling: The Best and Most Baroque Insults Are Micro-Poems for the Ages

The ancient art of name-calling has its visionary poets and lowbrow opportunists. In the visionary camp, there’s the late critic Clive James, who once called Arnold Schwarzenegger a “brown condom full of walnuts.” And there’s the late magazine Spy, which, decades ago, correctly identified Donald Trump as a “short-fingered vulgarian.” On the lowbrow front, there’s, well, Trump, who never demonstrated much imagination, but who knew how to hammer a nail—“Crooked Hillary”—over and over.

The latest innovator in this ever-evolving space is Jake Tapper, who anchors CNN’s The Lead with Jake Tapper. Some weeks ago, Tapper took aim at supporters of my country’s much-tousled Prime Minister, Justin Trudeau. Tapper had been covering Canada’s vaccine distribution, calling it, on air, a “real failure by the Trudeau government… ” Later, on Twitter, he wrote: “Careful for acknowledging facts or Tru-Anon will attack you.”

Tru-Anon! Tapper’s clever adaptation of “QAnon”—the name for the cult of dimwits who believe that Democrats, elites, and other satyrs are administering a global pedophile ring—burbled up through the right-hand column of the Twitter homepage, a grimy aqueduct that explains what’s trending at any given moment. Conservatives, naturally, were delighting in Tapper’s coinage, but you didn’t have to be right wing, or even agree with Tapper about Trudeau’s adherents, to admire the poetic chops.

Name-calling doesn’t have to be accurate to be effective. Consider the case of Amanda Knox, the American exchange student in Italy, who was arrested in 2007 for the murder of her roommate in a supposed orgy-gone-bad. Tabloids quickly seized on an old nickname of Knox’s—“Foxy Knoxy,” acquired while playing soccer as a kid—and weaponized it against the beleaguered young woman. (Knox spent four years in prison and was eventually acquitted.) A damaging slur is often lurking on the dark side of a nickname.

That said, the accurate insult is a just insult. It’s a scalpel: sharp, light, and compact. It cuts to the rotten core. How perfectly the phrase “Tricky Dick” got at the shriven heart of the eternally crooked Richard Nixon. (His enemies had already tried “Dick Tracy.”) But did you know that one Helen Gahagan Douglas, a Democrat, wielded the name “Tricky Dick” during a 1950 political campaign, and that the name was not born of Watergate? Me neither!

But then true poetry often transcends its author, travels beyond its original context, and disperses through the culture. The journalist Paul Greenberg came up with “Slick Willy” in 1980, after Bill Clinton, then Governor of Arkansas, spoke at the Democratic National Convention. Greenberg had balked at how Clinton presented himself as part of a lineage of progressive governors, when, to Greenberg’s mind, Clinton had broken the lineage. “Slick Willy” was birthed in the Pine Bluff Commercial, but soon sprouted centipede legs and scuttled after Clinton, with frequent stops in the prose of conservatives. Whether we like it or not, a killer insult becomes part of the store of folk sayings. It becomes everyone’s.

The least accomplished but most primordial insults are the ones our peers discover in elementary school, riffing on the sounds our hapless names make. In an old Seinfeld, Jerry’s girlfriend Dolores describes the “merciless” teasing she endured for having a name that, as she says, “rhymes with a part of the female anatomy.” Jerry, at this point, doesn’t actually know her name and feels embarrassed to ask. Thus he’s forced to ponder the possibility of “Mulva.” Insert laugh track.

A damaging slur is often lurking on the dark side of a nickname.

Rhyme is one of the first poetic devices a grade-school amateur will reach for. No one got terribly far with my surname—“Guriel” is dactylic and confusing—even if variations on “Girl,” “Gorilla,” and “Grill Cheese” were manfully attempted. Some rhymes are artless mashups that nevertheless take (“Governator”), while others are so seamless and obvious they must’ve been conceived on the slopes of Parnassus (“No-Drama Obama”).

Then there are rhymes both base and brilliant, uniting Fallen Earth and Heavenly Firmament. In the dark, unlettered ages before the invention of RhymeZone, it took a genius like Lord Byron to figure out what to do about “Wordsworth.” Byron’s fertile, inspired solution: “Turdsworth.”

The true stylist avoids the obvious and puts some effort in. Christopher Hitchens’s infamous description of Nobel laureate and Saint Mother Teresa—“thieving, fanatical Albanian dwarf”—is so baroque it practically has its own dome and painted ceiling. It can’t help but be remembered.

Indeed, the poet Robert Frost once observed, “The utmost of ambition is to lodge a few poems where they will be hard to get rid of… ” That’s surely the goal of name-calling, which aspires to produce poetry for the ages. “A village explainer,” Gertrude Stein said of Ezra Pound, “excellent if you were a village, but if you were not, not.” There’s subtle music in Stein’s slight: the exquisite alliteration of “explainer” and “excellent,” and the damning repetition of “not,” that second “not” a nail. Of course, one doesn’t need to possess a talent like Stein’s to make a slight stick. Once we’ve heard a “Tricky Dick” we’re stuck with it.

And the arms race of Twitter only escalates the art. Zingers are released like trial balloons. Barbs are tested, whetstoned. The relentless one-upmanship, made possible by the platforms of our Silicon Valley betters, ensures that a heat-seeking phrase—“Tru-Anon”—is always only a tweet away. One of the great horrors of the 21st century—and there have been so many already—is that everyone is a potential headline writer. You may wish to consult RhymeZone when naming your offspring. You may wish to turn off the mentions.

Fictionalizing a Dark Chapter in the History of Milwaukee Policing 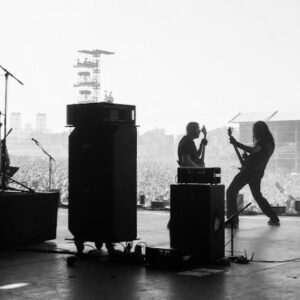 Hi. My name is Marc. I’m a guitarist who points extremely loud amplifiers directly at his head. Very often. Sometimes as often...
© LitHub
Back to top