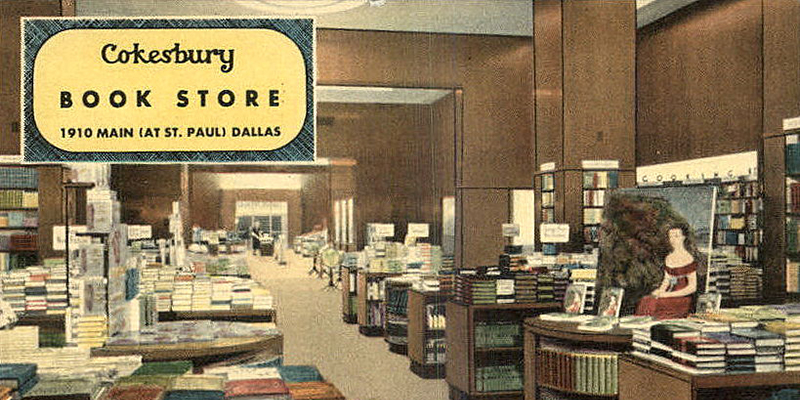 To celebrate our partnership with Kimpton Hotels & Restaurants, enjoy 20% off their Best Available Rate. Cozy up in your hotel room (like the Kimpton Harper Hotel and Kimpton Pittman Hotel) with one of our seasonal book recommendations, or venture out on a book lovers’ travel itinerary.

Dallas is a city of multitudes. One of the largest cities in the country. Home to one of the largest and busiest airports in the world. A diverse economy of a myriad of industries, with 33 Fortune 500 companies and over 41 colleges and universities within the metropolitan area. Also, it’s one the most diverse cities in the United States, including a vibrant LGBTQ+ community.

However, when it comes to literary cities, Dallas isn’t one to come to mind. But underneath the cover of industry and oil is a buzzing community with creativity and passion, especially when it comes to spotlighting local writers and stories. From to the Wild Detectives, to the recent revival of Southern Methodist University’s literary festival, now known as the Dallas Literary Festival, while a relatively new community there are a lot of exciting new developments, especially over the past couple of years, that’ll bring the literary culture in the same breath as Austin and Houston. 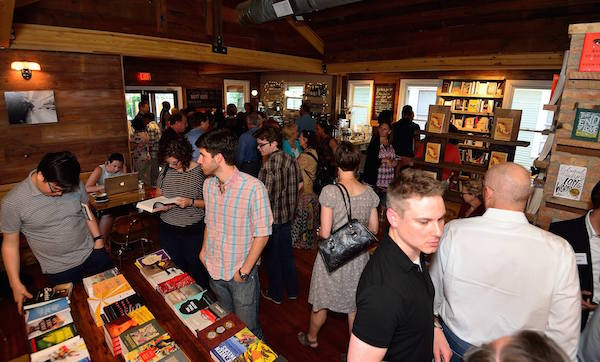 On the eastern edge of downtown Dallas sits Deep Vellum, a contrast to much of the city’s layout and architecture, with an array of loft apartments, art galleries, nightclubs, and tattoo parlors. Deep Ellum is also one of the most historically and culturally significant neighborhoods in Dallas, one of the first commercial districts for African-American and European immigrants and one of the first purposefully desegregated areas in the city.

At the heart of the city’s literary culture is Deep Vellum Books, the project of Will Evans that has now expanded into a publishing company that is releasing some of the most interesting works in translation and literature today. After previously buying the independent publishers Phoneme Media and A Strange Object, Deep Vellum Publishing launched La Reunion Publishing, focused on Texas-centric works, as well as acquired Dalkey Archive Press, which has been one of the world’s leading publishers of translated literature and has published the works of Nobel Prize, National Book Award, and National Book Critics’ Circle Award winners.

The bookstore itself features just as diverse of a selection as the publishing company. It’s a small, bright, and inviting space, and the perfect spot to orient yourself to the city and #LiteraryDallas, with plenty of local authors, as well as indie presses, works by writers of color, and from the LGBTQ+ community. The space also programs events almost every day of the week, from readings to translation workshops, and you can get a coffee in the morning from the bar (or beer and wine later in the day if you decide to return at night).

Grab your coffee to go and explore the Deep Ellum neighborhood. With hundreds of galleries, stores, music venues, and other cultural institutions, you can take in over 100 color paintings displayed throughout the district as you take in the rich history of Dallas, from of the earliest Ford automobile plants for the Model T to the Union Bankers Trust Building on Elm Street, which was the home of the Grand Temple of the Knights of Pythias and the city’s cultural center for the African-American community and now the home of the Kimpton Pittman Hotel. The latter was constructed in 1916 and designed by architect William Sydney Pittman, the state’s first black architect and the son-in-law of Booker T. Washington.

The downtown historic district of Dallas includes some amazing stops as you weave through the office skyscrapers and luxury hotels.

Inside the art-filled lobby of the Joule hotel, you will find The Taschen Library, a highly curated space that features not only the large-sized tomes that the German publisher is known for, but also out-of-print editions as well as hosts tea service for visitors to enjoy while perusing the bookshelves on weekends. The space includes some nice comfortable seating to take in the photography-heavy books, which depending on the time of year can be a nice reprieve from the Texas heat. Don’t miss the ceilings as well, which are tiled with mid-century mosaics that were salvaged in 2006.

Nearby is the J. Erik Johnson Central Library, the main branch of the Dallas Library system, which includes a whole floor dedicated to all things Texas. One of the most exciting new additions to the library is its Creative Spaces, which houses new makerspaces in previously vacant rooms of the library and dedicated to different creative endeavors, including storytelling, fiber arts, and preservation. In the Story Center on the 3rd floor, you can, as the library declares, “start your own podcast, make movies, record your family and friends telling stories, or go analog with a typewriter.”

The Dallas Museum of Art is home to one of the most acclaimed literary and performing arts series, Arts & Letters Live, which is just celebrating its 30th season and known for its wide-ranging of creative fields represented in the series. This year alone features Liane Moriarty, Richard Blanco, Honorée Fanonne Jeffers, Richard Antoine White, David Sedaris, Yotam Ottolenghi, and Margaret Verble. 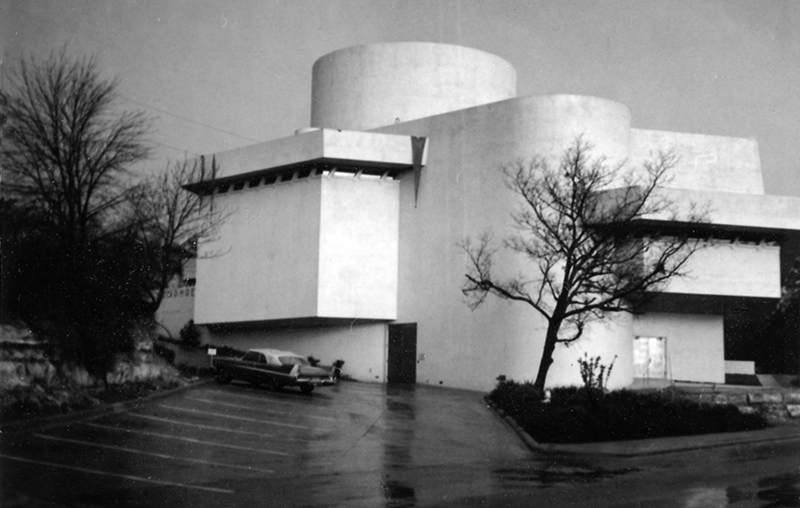 While Frank Lloyd Wright may be more known for his architecture in the Midwest and the Northeast, the former main stage for The Dallas Theater Center in Dallas was designed by the famed architect along Turtle Creek—the only theater ever designed by Wright and one of the last completed buildings he designed. The theater opened in December 1959, with a presentation of Of Time and the River by Thomas Wolfe. The theater still remains in use as a working theater 50 weeks of each year.

Often called “The Dean of Black Texas Playwrights,” Theodis (“Ted”) Shine attended what was the first African-American high school in Dallas, years before it became the integrated performing arts school. After his death in 2018, the school became a literary landmark in the state. His first play, Sho Is Hot in the Cotton Patch, was a collaboration with Howard University classmate Toni Morrison, then taught for decades at Howard, Dillard University, and Prairie View A&M University in Texas. Throughout, he produced over 100 plays and wrote for numerous television shows, including Our Street, Visions, and Shoes. The school is now officially listed on the Literary Landmarks Register. 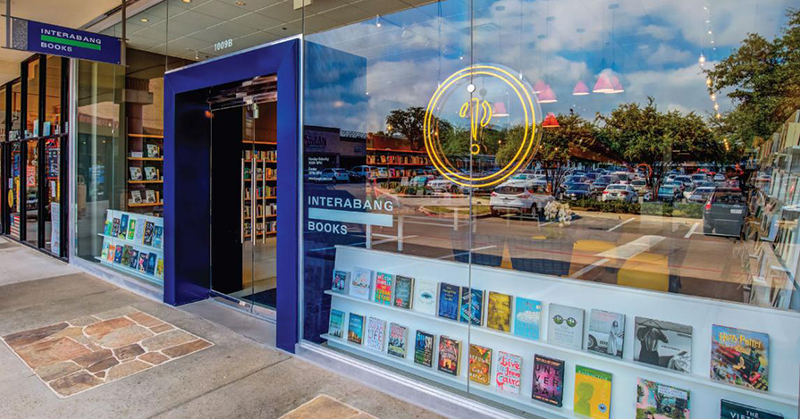 North of downtown is a number of great bookstores, all worth a visit if you have a car, from Interabang Books, which has a huge section dedicated to local authors as well as fresh coffee from local White Rock Coffee, to Rosedale Rare Books, which is located across from the Southern Methodist University campus and the place in the city to find rare, antiquarian books, along with the flagship location of Half Price Books, with more than 50,000 square feet of book heaven.

The Rosewood Mansion still attracts culture-savvy visitors, but this has been a longtime destination for artists. In the 1940s, Tennessee Williams was a frequent guest, and during his extended stays Williams penned the play Summer and Smoke (which also debuted in Texas). While you stop here, this is an elegant location for a great meal or drink inside the mansion or on the terrace, a perfect way to end a beautiful day in the DFW.

The Wild Detectives
10:00am

As we’ve said before, the Dallas-Forth Worth literary scene today begins and ends at The Wild Detectives. Before the bookstore opened in early 2014, there wasn’t many places in the DFW to gather and meet for book-focused events. Now, the cozy 1000-foot space inside a converted house in the Bishop Arts District, the place has books everywhere, allowing for a tight space that is the perfect haven for the literary-inclined. Start the day by perusing the shelves and grab a coffee, using beans for local Oak Cliff Coffee Roasters. And there’s seating outside to take in the Dallas air and people watch.

A big history buff (even if you might be inclined to read up some conspiracy theories)? The JFK Sixth Floor Museum is dedicated to the tragic killing of John F. Kennedy on November 22, 1963, a subject that has been covered in countless novels and books, from Stephen King’s 11/22/63 to James Ellroy’s American Tabloid. The Museum is also located into the former Texas School Book Depository Building, which infamously became the primary crime scene for the shooting, after evidence was found that the sniper was on the sixth floor. Lee Harvey Oswald, later charged with the assassination, was a Depository employee

While a drive (but Dallas-Fort Worth is metropolitan area best traveled by vehicle, as most of Texas), you really can’t stop in Dallas without paying a visit to Cowboys Stadium (as many still refer to it as), or better-known as AT&T Stadium these days. Still one of the most popular and valuable sports teams, the stadium was also the culminating setting of Ben Fountain’s debut novel, Billy Lynn’s Long Halftime Walk. 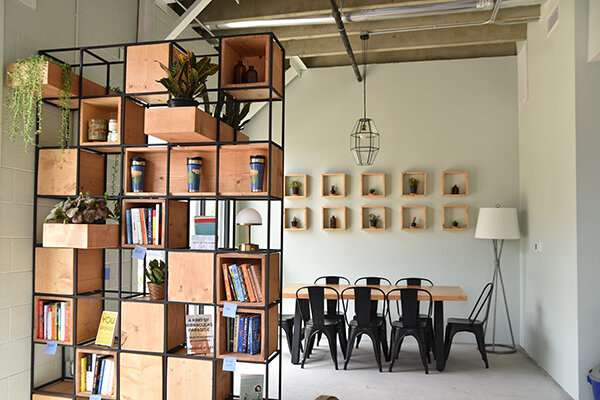 Before venturing into the evening, Leaves Books and Teashop in Ft. Worth, a wonderful community space whose mission is to provide a space where people can pause from the hectic pace of daily life. Along with a Little Free Library outside for used books, the indie sells only new books, and all its shelves are organized by topic rather than genre. Additionally, the bookshop has over 50 tea options in the shop that can be served hot or iced, to give you a nice caffeinated kick before your evening. 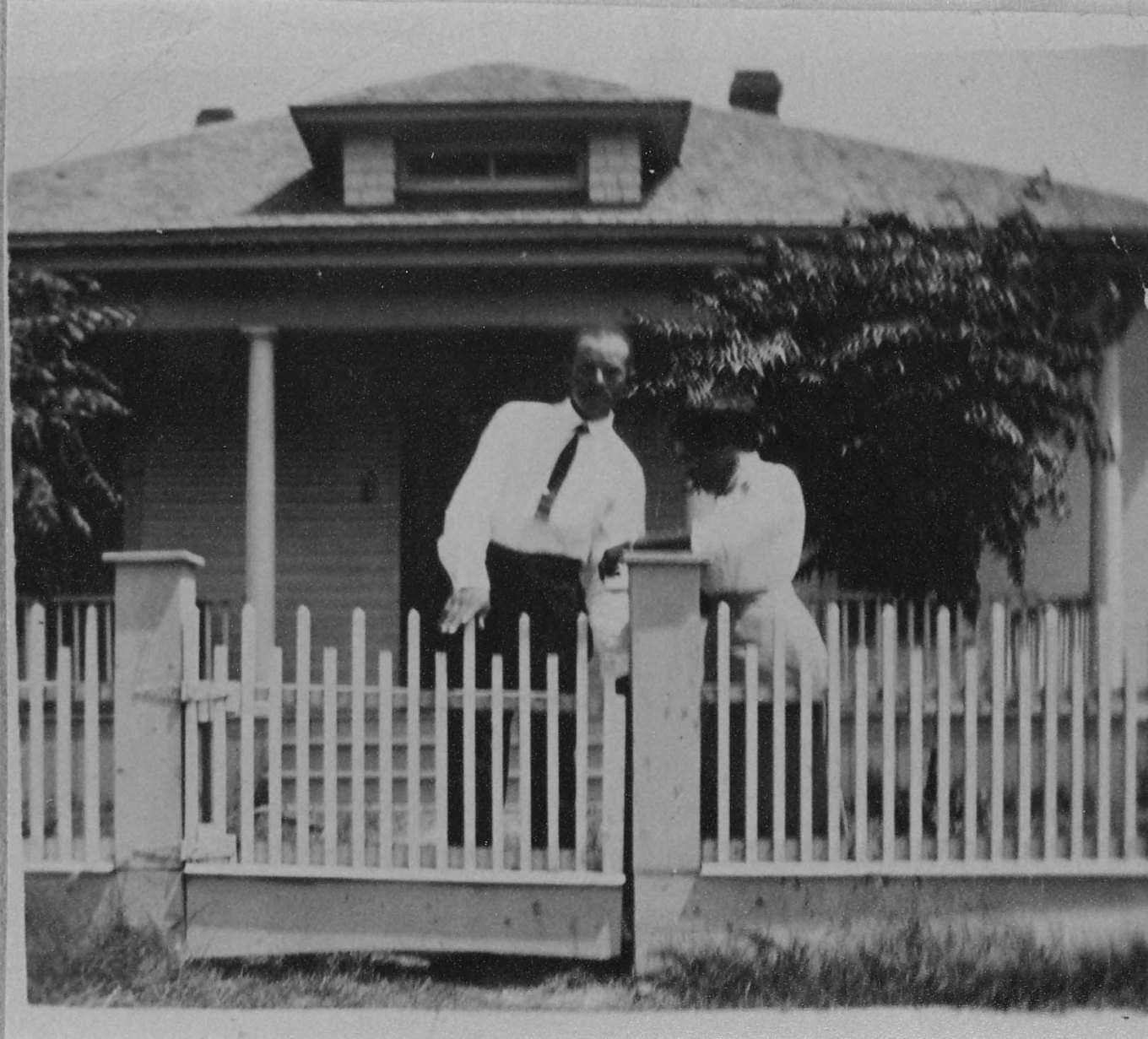 While no longer in existing, and long forgotten, the city of Denton was home to an African-American settlement called Quakertown. For years the only mention of the settlement could be found in a 1978 book called History of Denton, Texas: From Its Beginning to 1960, which briefly spoke about the founding, but in the 1980s its history was rediscovered: a town within a town, functioning as a self-supporting community for African-Americans, with its own doctors office, school, restaurants, and more. However, in 1920, there was advocates for the removal of Quakertown from citizens of Denton, which led many of the residents to abandon the settlement. Recently, the history is the background to Lee Martin’s novel Break the Skin.

The Strip on Cedars Springs
9:00pm

The Cedar Springs / Oak Lawn neighborhood is Dallas-Ft. Worth’s heart of its LGBTQ community and home to a diverse array of retail, nightlife, restaurants, accommodations, and services, as well as many community events and celebrations (and a Wine Walk the first Thursday of every month). The neighborhood boasted the first gay bar in Texas, as well as hosted the first Gay Pride Parade in the state, and has been an epicenter for political activism and social services. The Library Bar at the famed Melrose Hotel is a throwback to an era where Mad Men smoked cigarettes and well-dressed women sipped martinis, and was a frequent stop for artists and actors over the decades, including Arthur Miller, Luciano Pavarotti, and Elizabeth Taylor.

Join us on September 22, 2021, as we announce our Fall Book Club Selection! Learn more about our curated book club and lending program for travelers with Kimpton Hotels & Restaurants here.

The Problem with Writing Biographies of Imaginative Figures 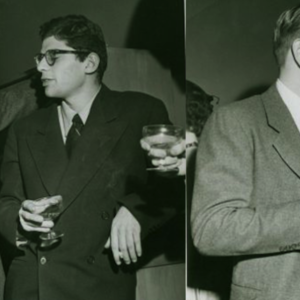 Siri Hustvedt considers the evolution of hate-speech narratives, from 17th-century witch trials to the scourge of QAnon....
© LitHub
Back to top
Loading Comments...