Either way, it's more interesting than you remember.

Bridget Jones’s Diary is not unjustly maligned, because it is not maligned, or not exactly. When it was first published, 25 years ago, it was a hit, topping the bestseller lists for months on end, and it has since sold more than 15 million copies (probably far more; that number is from 2016). It has also been adapted into one of the best romantic comedies—and the absolute best onscreen Mr. Darcy, don’t @ me—of all time. It is generally credited with having created a genre, even if that genre was what we used to call “chick lit.” It wasn’t necessarily the first book in the category, but it was Helen Fielding’s witty, sloppy novel, Imelda Whelehan wrote in a reader’s guide to the book, that “defined the terms on which all other chick lit would be judged.” So it’s a modern classic, but it is not, all parties seem to agree, a “serious” book.

Accordingly, reviews at the time were positive, if somewhat condescending. After a meta first paragraph written in the style of Bridget’s daily accountings, the New York Times reviewer concludes, “O.K., James Joyce it may not be, but show me the woman to whom this sort of stream-of-consciousness, self-assessing mental clutter is unfamiliar and I’ll show you the person who will not think Bridget Jones’s Diary is both completely hilarious and spot on.”

Setting aside the convoluted syntax here, I guess what I’m going to argue is that Bridget Jones’s Diary is a lot closer to James Joyce than you remember. After all, it’s an experimental, vignette-laden, stream-of-consciousness novel packed with bizarre, lucid characters, in which ordinary life is made extraordinary (or at least literary) by means of a protagonist thinking about it too much. That’s not not Joycean.

I’m joking, sort of. But I’m not joking about the fact that Bridget Jones’s Diary is a good book. It’s not good for chick lit, or good for a commercial novel; it’s good. This is coming from a borderline insufferable snob, mind you (I get your emails, so I know that it’s true). It does all of the things I love in novels: it’s surprising on both a line level and an event level; it’s funny; it creates its own vernacular; it evokes a certain indelible quality of mind. It’s also essentially a list novel—it is built from lists of days, lists of plans, lists of minutes, lists of calories, lists of negative thoughts—and if you read this website, you may have gathered that I love a good list. Unfortunately, it is also about a Lady and her Lady Problems, and literary criticism, or at least literary reception, tends to ignore style in favor of subject whenever possible. (I loathe this tendency. You can’t summarize novels and get any sense of them! The point of a novel is not just what is being said but how, and personally I think the how is much more important, but I digress.)

Reading the novel again this summer for the first time since college, I also couldn’t help but think that it closely resembled something we’ve all been talking about ad nauseam in recent months and years: the Internet Novel. After all, what has more “self-assessing mental clutter” than the internet?

Bridget Jones’s Diary originated as a newspaper column, but it could just as easily, if written today, have originated as a Twitter account, or a blog. It begins with two lists, one headlined “I WILL NOT” (items include “Spend more than earn” and “Fall for any of following: alcoholics, workaholics, commitment phobics, people with girlfriends or wives, misogynists, megalomaniacs, chauvinists, emotional fuckwits or freeloaders, perverts”) and one headlined “I WILL” (“Form functional relationship with responsible adult”; “Learn to program video”). It is a postmodern text in the sense that it presents itself as a found object: a year-long diary filled dutifully by one Bridget Jones, whose very first entry begins with two more lists: one reporting her weight and intake of alcohol, calories, and cigarettes; the next the food she consumed that day.

It is the kind of granular accounting that I can only assume people do in fact do in their diaries, but that people now also do online—though taking pictures of your brunch and posting them on social media is pretty passé by now. The diaristic form naturally separates itself into vignettes, which here are meticulously dated, but the mania and specificity of this particular diary separates itself from its predecessors. This is an intense, confessional mode that is specifically modern, and one that has flourished on the internet in the last two decades.

There are many passages which might as well be Twitter threads, complete with time stamps. Here’s one:

7:15 p.m. Just got back from shop and realize have forgotten butter.

7:35 p.m. Shit, shit, shit. The shepherd’s pie is still in pans all over the kitchen floor and have not yet washed hair.

7:40 p.m. Oh my God. Just looked for milk and realized have left the carrier bag behind in the shop. Also had the eggs in it. That means . . . Oh God, and the olive oil . . . so cannot do frizzy salad thing.

7:40 p.m. Hmm. Best plan, surely, is to get into the bath with a glass of champagne then get ready. At least if I look nice I can carry on cooking when everyone is here and maybe can get Tom to go out for the missing ingredients.

7:55 p.m. Aargh. Doorbell. Am in bra and panties with wet hair. Pie is all over floor. Suddenly hate the guests. Have had to slave for two days, and now they will all swarm in, demanding food like cuckoos. Feel like opening door and shouting, “Oh, go fuck yourselves.”

Fielding is clearly pushing the limits of the diaristic form a little in order to create a seamless reading experience—it’s too much to believe that our heroine would be picking up her diary every few minutes in the middle of a spiraling evening to write down “Shit, shit, shit.” She might be tweeting it, though. Either way, Fielding appears to be striving for the same fragmented pull-back-the-curtain intimacy that we’ve come to want and expect from social media. And look at all that white space.

I’ve written before about the varying ways in which fragmentation in literature, and to a lesser extent, stream-of-consciousness, has become associated with the rise of social media. “Why were we all writing like this now?” wonders Patricia Lockwood’s narrator in No One Is Talking About This. “Because a new kind of connection had to be made, and blink, synapse, little space-between was the only way to make it. Or because, and this was more frightening, it was the way the portal wrote.”

Of course, there is no portal or social media or even a stray cell phone in Bridget Jones’s Diary—it’s the 90s, so the closest we get are computers and clunky intra-office messaging systems (“Message Pending flashed up on screen. Pressed RMS to pick up message.” ???) and answering machines and 1471 calls (the British equivalent of *69). But as it turns out, you don’t actually need the Internet to write an Internet Novel. You just need to be honest about the chaotic nature of human experience.

“Social media inflected novels are overwhelmingly narrated in the first person or the close third with relentless self-awareness, in the style of confessional essays and blogs,” Olivia Sudjic wrote recently in a Guardian essay about how the internet is transforming the novel. “Their protagonists scrutinize themselves through the eyes of imagined strangers, pre-empting critique so that such hyper-connection actually breeds a particular brand of interiority.

The dominant trend is to tell a story through fragments. Sometimes these make a point of concision – only a paragraph, or even one line, which of course makes social media comparison easy, while others may be the length of a blog. Each fragment possesses no obvious bearing on the next, juxtaposing random facts with news articles, wry observation of a stranger on a commute followed by an unrelated emotional confession, in the manner of one individual’s Twitter timeline. It’s that first person voice that has to do the work of holding these fragments together, but it also makes allowances for internet-eroded concentration spans, our inability to stick to linear paths of thought.

Except for the fact that its fragments are essentially linear (though digressions do abound), this could just as easily be a description of Bridget Jones’s Diary. It is confessional; its narrator is obsessively self-scrutinizing and obsessively imagining scrutiny by others; it is fragmented; it lives and dies on its successful representation of interiority; and it is told in a semi-eroded, truncated patois that almost seems character-limit aware (v. good, etc.).

At the end of the novel, Bridget summarizes her year in the form of a list, which begins like this and goes on as you would expect:

My best friend in college used to make these end of year lists on her LiveJournal (these lists are probably now owned and cherished by Putin), which if you are either too old or too young to know, was a sort of hybrid social media and blogging platform some really cool people used in the early 2000s. (A live journal, if you will.) We were aspiring hipsters, so she was counting things like “Cities visited” and “Vintage t-shirts purchased” and “Times listened to Pavement’s Slanted and Enchanted,” but same basic idea. It’s not hard to see how the current texture of social media evolved from this kind of wanton sharing and accumulation of coolness and cred via self-exposure.

Of course, Bridget Jones’s Diary is a diary, which means it’s not styled as something Bridget is actively putting out into the world, for cred or otherwise. I’m sure she’d be mortified to know anyone had read it. But it’s also a novel, and Fielding is using the same techniques as social media to make us love, relate to, and obsessively follow its narrator through her adventures both psychic and literal. Actually, reading it now makes me wonder if in fact there are no Internet Novels, if in fact we’ve always been like this, and have slowly been evolving technology to better mirror our fragmented, associative, egotistical, thrill-seeking, complaining, deeply corny brains. V. embarrassing if so. 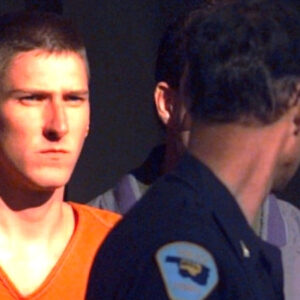 The White Christian Nationalism Behind the Worst Terrorist Attack in American History The city of God lay deep in the Ozark hills of northeastern Oklahoma, at the end of six miles of dirt road. Young men in thrown-together...
© LitHub
Back to top