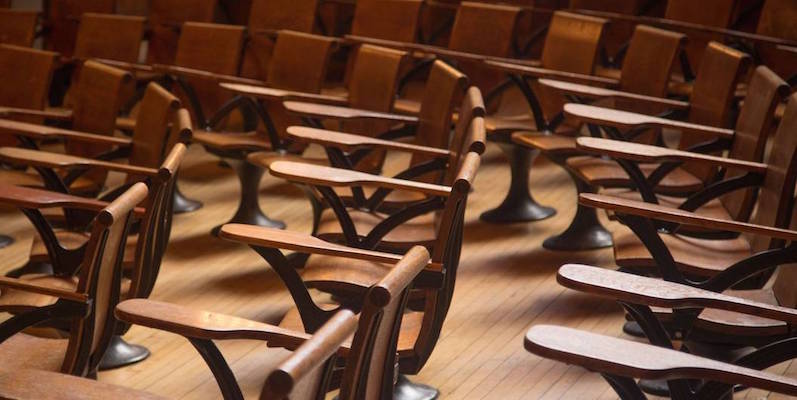 To be ratchetdemic is to achieve a state of consciousness that allows one to operate in the world having mind, body, and spirit activated, validated, and whole without distortion or concession as one acquires all essential knowledge—academic knowledge, knowledge of self, knowledge of how to navigate one’s immediate surroundings, knowledge of the systems in which one is embedded (particularly those that are structured to disempower), and knowledge of the world. Achieving this state of consciousness is the true mark of being educated, and both getting to that point and helping youth get to that point are the chief responsibilities of the educator.

Imagine a school system that is designed for students’ complete self-actualization and how young people would emerge from their time within such a school system—fully aware of their greatness and infinite potential. Our nation’s education system professes to improve the learning of the whole child, which includes mind, body, and spirit, but it chiefly concerns itself with “educating” the mind. It does so not by cultivating or elevating the mind but by attempting to control and manipulate it to maintain systems that devalue certain people and their words, thoughts, actions, and behaviors and elevate others. Our schools, particularly for Black children, function to fill the mind, police the body, and cast away the spirit.

To be ratchetdemic is to have no role in starving part of the self in pursuit of “academic” knowledge. It is a recognition that any education that is disconnected from helping students understand themselves and the power structures that influence their worlds and how these structures operate to stifle or obfuscate young people’s purpose is not education at all. To hold ratchetdemic knowledge is to see the limits of institutional knowledge and recognize that true knowledge of self, society, and the world exists when we open our eyes to the genius that each and every student possesses.

Imagine a school system that is designed for students’ complete self-actualization and how young people would emerge from their time within such a school system—fully aware of their greatness and infinite potential.

Students must see you struggle with the tension between what is expected of you and what is the right thing to do. This does not mean that ratchetdemic educators do not understand or teach academic content. In fact, they have to have more command of the content they are delivering than the educator who just teaches what they are given. Ratchetdemic educators are expert in content knowledge but are not constrained by it. They deliver content in a way that has contextual value and uplifts the student.

The concept behind being ratchetdemic has always existed. It has always been the hidden ingredient in the work of those in the field of education who challenge the status quo and reimagine the way that power is distributed in this country and across the world.

It is in the education theories of hundreds of scholars like Gloria Ladson-Billings and Paulo Freire. However, it is more than words and theory. It is in the embodiment of them. When you hear recordings of Freire speaking or see Ladson-Billings teach, there is a ratchetdemic quality or authenticity that only becomes evident in their presentation—their voice inflections, their rawness, their passion, their fervor, their taking up space and claiming power even in powerful places. Power, in its most simple form, is the ability to do something that one wants to do and having the agency to act upon it.

For the ratchetdemic educator and student, being ratchetdemic means exercising power through the ability to act in the way that feels most comfortable and authentic in the pursuit and expression of the knowledge. Power is also the capacity and the ability to direct or influence the actions and behavior of self and others. Being ratchetdemic is about pushing the boundaries of what is normal within schools to reflect the needs of groups of people who have been denied power. It is claiming the right to develop and express one’s true genius and live as one’s true self.

I suggest that formal education, at its core, is about the distribution of information, tools, and resources for the sake of gaining or maintaining power within a particular social structure. Some are able to translate what they have received in schools into false power in the form of positions of authority or control within institutions. Others are burdened by what they have received in school because it has taught them to hide and inevitably lose the power they innately possess.

This is the season for educators of all types and in all disciplines to claim power and teach youth to do the same. It is the season to be game shifters and norm shatterers. In an era in which schools perpetually assault those who society has pushed to the margins, the need for the philosophy of being ratchetdemic has become more urgent than ever before. We have not seen such blatant opposition to Black folks pursuing power and wholeness since Jim crow laws mandated segregation and endorsed a state-sanctioned devaluing of Black life.

Civility and respectability did not distribute power to those rendered powerless across industries and institutions for generations.

In that era, there was a fear of educated Black folks and a villainizing of those who taught them. People with power were simply not going to let Black kids in White schools and let them flourish. With the election of Barack Obama in 2008, American society got a taste of Blackness in (political) power. the aftertaste has left bitterness in the throat of the power structure across the country. In response, it has spit out the most egregious hate in speech, tweet, practice, and policy. The Obama-era model of gaining power with/through institutional position came with a required gentility that did not do much for the agency of marginalized folks. Civility and respectability did not distribute power to those rendered powerless across industries and institutions for generations. In fact, political institutional power blinded many people to the denial of full power to Black folks everywhere and Black youth in schools.

This is not to say that the presence of a Black family in the White House did not provide inspiration and motivation to Black people. It is to acknowledge that under an administration of civility and appropriateness, there were certain norms around the denial of agency that were maintained. Teachers who signed up to change the lives of Black and other minoritized children were quietly being assaulted by accountability checklists, empty standards, and pressure to conform to the status quo. Folks who were presenting “alternative models” to existing schools that doubled down on the poor pedagogy that stifles the spirit of the ratchetdemic thrived. An agenda of imposing blind conformity to the norms of institutions and forcing segments of the population to accept a brokenness of self and spirit were hidden under calls for high academic expectations.

The youth pushed back against this agenda in classrooms every day. They told us the testing was too much and the strict adherence to curriculum that made no space for them was suffocating. Some educators stood with them. Those who stood and still stand in staunch opposition to this flawed notion of what it means to be academically successful remain under assault. those who possess an intellect deep enough to see through the façade of academic success that masks the inadequacies of the current system to meet the needs of Black folks are made to feel like they are crazy. Because our youth hold power in their truth and inspire others when they share it, they are often silenced and their truth is denied. What they have to say about how this system doesn’t work is erased from the conversation about schools. They are framed as less than, inadequate, not intellectual or academic because of the fervor with which they deliver their message and not the truth within it.

They reclaim power by embodying a ratchetdemic identity, one in which there is no role to play other than being one’s authentic self, because that is all one truly has. It is the season to have all of who one is on display. It is the time to be all the beautiful things that one is at once. It is the time to be loud and thoughtful and angry and loving and ratchet and academic with fire in the belly and a desire to push the world to reimagine how they see us and others like us. It is the time to create space for the people we rarely get the gift of hearing from within institutions like schools. If given the platforms they deserve or the room to breathe and fully be, the silenced could empower so many to reclaim power and embrace their full academic and intellectual selves. 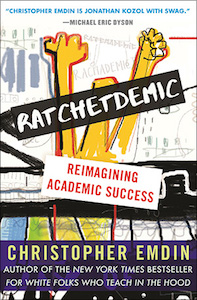 Christopher Emdin is professor and program director of Science Education in the Department of Mathematics, Science, and Technology at Teachers College, Columbia University, where he also serves as associate director of the Institute for Urban and Minority Education. The creator of the #HipHopEd social media movement and the Science Genius program, he is the author of the New York Times bestseller For White Folks Who Teach in the Hood . . . and the Rest of Y’all Too, Urban Science Education for the Hip-Hop Generation, and Ratchetdemic: Reimagining Academic Success. Connect with him on Twitter @chrisemdin or on his website, www.chrisemdin.com.

Lauren Etter on How the Vaping Generation Was Born 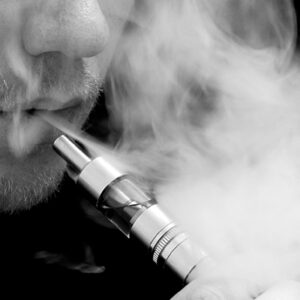 Lauren Etter on How the Vaping Generation Was Born