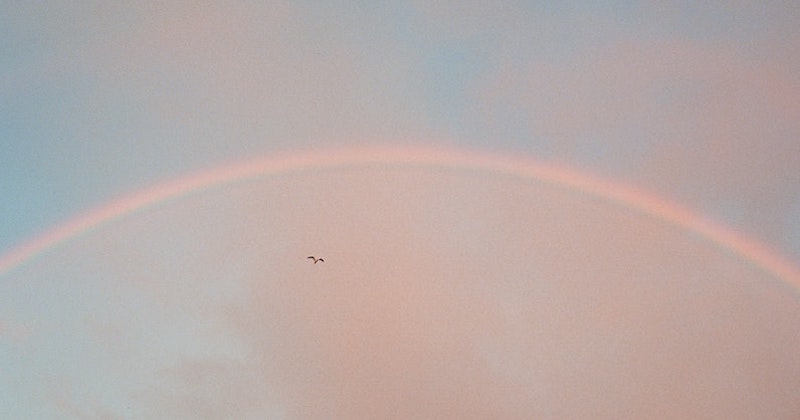 This is what I wrote and got up and said at Owen’s memorial service:

The Strongs are a bit of a WASPy bunch, which to me meant my immediate and extended family was a small fraction of the size of my Catholic friends’ families. Although Owen and Leda are technically half Jewish and half Episcopalian. A combo which, Owen informed me, made him “Epissy-Jew.” There are two Strong branches in our immediate family: the New York Strongs and the Chicago Strongs. Well, my dad says New York Strongs. I call them the String Bean Strongs, as they are long and lean like string beans. While the Chicago Strongs are just a little less “long.”

While age differences are a much bigger deal as kids and can keep you from getting close, I loved getting to visit my “little” cousins. I was so enchanted by this funny little boy with bright red hair who could be so ridiculously serious at times. And then by his somehow equally-wonderfully-bizarre-in-the-best-way little sister, Leda. My grandma Scotty would laugh as she told me some new funny story about them. Like the time Owen confronted some New York construction guys who were working in his apartment, storming in saying, “I’m three years old and I’m not afraid of you.” Or when Leda, who had a bit of a low voice as a toddler, told a waitress, “You have very nice blood circulation.”

The thing I knew most about Owen as a kid, though, was that he LOVED birds. Like to an obsessive, comedic degree. Because also, what kid chooses birds?!? One time, Owen put together a beautiful bird model and while tossing it around the Tolsons’ backyard to see it fly, the dog got ahold of it and wouldn’t give it back. This resulted in lots of tears, but also lots of laughs as a distraught but very determined five-year-old chased a little dog around all afternoon to save his beloved bird. As an adult, even Owen conceded his love of birds was pretty funny, and why the hell didn’t he study ornithology? He couldn’t tell ya.

He was full of surprises. One time in the park when Owen was chasing pigeons instead of playing on the swing set (naturally), we asked what he would do if he caught one. Knowing Owen, you’d think it would be to maybe keep it as a pet. Or study it. Or play with it. His answer was: “I’m going to catch it and fry it in butter.” And then he grinned.

When I came to New York for my first couple rounds of auditions for Saturday Night Live in summer 2012, Owen made sure to see me every night. Even though I had only seen him once or twice in over ten years. But he showed up, and we had a blast every time. He even sang some Shaggy at karaoke with my friends and me. And over the past seven or eight years that showing up never stopped. I think finally by around the third year I stopped being so surprised to see all or some of the New York/String Bean Strongs at an event that I hadn’t even bothered inviting people to, knowing how busy life is in New York especially. But Owen kept showing up. Usually with Leda in tow. No questions.

And I realized I was starting to feel that I was never without the support of my family. I don’t know many people who possess their selflessness and kindness. So I tried to tell my cousins as much as possible how proud they make me and that I’m forever awed by the amazing people those silly little kids became.

And speaking of, I’m so grateful I finally got to meet Stacia. The girl who changed his life. The girl who would text him she was on her way home and he’d respond “Hooray!” every time. And that level of happiness is usually only reserved for our dogs when we get home. So much rarer in humans. What a gift to know he was so puppy-level happy after finding this great love with you. In the midst of what may seem like a tornado to all but the bravest and most special people.

It seems the brave little boy who loved the birds so much flew away before the rest of us.

I told Owen often that he was my hero. And he was. And even though I hate even bringing up his cancer, I do so because during the last year and a half, Owen somehow took on the role of OUR fearless leader. Showing all of us how to fight. How to smile. How to stay full of love. How to “take no guff,” like he told Stacia before work every morning. How to throw a massive blowout balls-to-the-wall badass 30th birthday party. Let the world do as it may. That’s a real-life hero.

After the service, a friend of his from college came up to me. I was holding a roll of toilet paper. (It must say something about the way we were raised that my brother and I separately showed up with our own rolls of toilet paper to use as tissues.) There were so many different people crowded in this theater in New York, really speaking to what kind of a person he is. I realize I’m using the present-tense is as opposed to the past-tense was, and it’s because Owen’s presence in all of our lives feels like a thing that will continue to be, and probably evolve, and not something that has ended. And I know that’s a thing I think everyone says after a funeral: that the number and different types of people in attendance are a testimony to the person being honored.

But I don’t say it as a loving but sort of generic memorial to him. The room (theater actually!) was packed. Young and old. Family and friends. My friends were there. Leda’s friends. Ed’s friends. But the room wasn’t that way because those people wanted to support us. The room was that way because Owen was really friends with all of us. He liked his uncle as much as he liked his college buddies. He enjoyed hanging with his dad’s cousin. He liked my friends. Your friends became his friends. He once texted my friend Mackenzie after a surgery to ask how she was doing. The kid with brain cancer checking up on my friend. So that’s why that room was so special. He made all of us feel like a friend and welcome anytime.

Anyway, his friend from college told me that he thought Owen would have really liked what I said. And that he was really thankful it was funny. Now, I didn’t try to write something very funny. But I felt so low and I tried to still follow Owen’s lead and not be too sad about him even though initially I thought I was doing that to help him stay strong and beat it. But I made that promise, and so it still doesn’t feel right to break it. And I still won’t give cancer the win. It never beat Owen because it never got his spirit. So I wrote something I hope made people smile and laugh once or twice. And I tried hard not to cry too much when I read it.

Okay, but back to his friend. He said he had held it together really well during the whole service because it was all so sad. So he was able to be stoic. But then suddenly he laughed and then he finally wept for his friend. And I think Owen would be okay with that, don’t you? He laughed, too, after all. 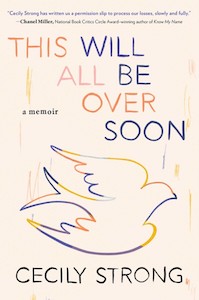 Excerpted from This Will All Be Over Soon. Used with the permission of the publisher, Simon & Schuster. Copyright © 2021 by Cecily Strong.

Cecily Strong is an actress and comedian best known as standout Saturday Night Live cast member. She has entertained viewers with a variety of beloved SNL characters featured on “Weekend Update,” and earned rave reviews for her impressions of Jeanine Pirro, Senator Dianne Feinstein, and Melania Trump. Cecily previously cohosted “Weekend Update” alongside both Seth Meyers and Colin Jost. In 2015, she headlined the White House Correspondents’ Association Dinner. She will next star in the Apple TV+ musical comedy series Schmigadoon. She lives and works in New York City. 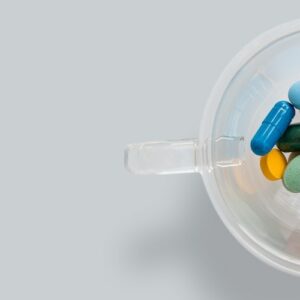 Every time we move to a new house, I pack my necklaces the best way I know how, usually in a shoebox stuffed with underwear...
© LitHub
Back to top
Loading Comments...