TODAY: In 1726, Gulliver’s Travels, or Travels into Several Remote Nations of the World. In Four Parts. By Lemuel Gulliver, First a Surgeon, and then a Captain of Several Ships is published.

Our end-of-decade accounting continues with the best memoirs of the 2010s • Lewis Hyde revisits his bestselling classic The Gift on its anniversary • If you’d like to chill your wine in John Steinbeck’s silver bucket, you’re in luck: a bunch of the man’s memorabilia is available from his estate • Dina Nayeri on the art of surviving a move to New York • Perhaps unsurprisingly, the reception of Willa Cather’s World War I novel was incredibly sexist • Dheepa Maturi on the value of epistolary correspondence, in whatever form • Houdini’s greatest escape was from fraud charges in Germany, and the trial was predictably sensational • On the gloriously understated career of Elaine Stritch • A day in the life of a lion tracker • How the San Francisco punk scene of the 1970s got political • Remembering Kate Braverman’s Los Angeles • Alejandro Zambra on

one of the great diarists of the 20th century, Julio Ramon Ribeyro • Teaching climate change to high schoolers with The Lorax and The Jungle • The life and times of McDermott and McGough, true artists of downtown New York City • Martha Cooley on the Vajont disaster, Julio Cortazar, and the strange power of serendipity • William Dalrymple on the two Mughal princes who stood in the way of the British East India Company • The diplomatic gambit that opened Cuba up to the world • Cara Hoffman gets real about kid lit • Carl Phillips on the Yale Younger Poets Prize as a microcosm of American poetry • Kerrin McCadden on teaching the wildness of poetry to high schoolers • Poet Diana Khoi Nguyen on writing a radical eulogy for her brother • Visiting Vojna: on the horrors of the Communist regime in Czechoslovakia • Susan Straight on what it really means to believe women • The cautionary tale of Napoleon’s Italian exile • Lincoln Michel on the many ways to power a short story • If you think transhumanism is wild nowadays, wait till you hear about the “brain in a vat” visions of yesteryear • Exploring Baden, the forgotten writerly playground of the European aristocracy • Six cartoonists on critical failure, one panel at a time • Libraries are even more important to contemporary community than we thought (and they should be funded accordingly) • Sasha Sagan on finding hope in the night sky • On Janice Joplin’s earliest days in San Francisco • How mermaid stories illustrate complex truths about being human • Read a never-before-published conversation in which Howard Zinn details how FDR forestalled a second American revolution • On Germany’s attempt to hide art stolen by Nazis • On Debbie D, legendary hip-hop pioneer • Here are the winners of this year’s $50,000 Kirkus Prize

What to read when you’re done with Watchmen: from Neil Gaiman’s Sandman to Christopher Priest’s Black Panther • Things We Didn’t Talk about When I Was a Girl author Jeannie Vanasco recommends five great nonfiction books with metanarratives • Epiphany‘s Zack Graham on Percival Everett, Brian Evenson, and critics as writers • Ta-Nehisi Coates’ The Water Dancer: a spellbinding story or just a series of intellectual ideas superimposed on a novel? • New titles from John le Carré and Jami Attenberg, biographies of Janis Joplin and Thomas Edison, and more all feature among the Best Reviewed Books of the Week

Michael Gonzales recounts the strange tale of Richard Wright’s lost crime novel • Erica Wright searches for the most glamorous women characters in crime fiction, and questions the meaning of the femme fatale • Deborah Crombie traces the evolution of the English village mystery from the Golden Age to the present day • David Bulafia investigates piracy in the ancient world • All the international crime novels you need to read this month • Chandler Baker takes us through 6 of the most gripping workplace thrillers • Craig Pittman on the weird and wonderful world of Charles Willeford’s Miami • Jan Stocklassa takes us into the world of Stieg Larsson on the day of Olof Palme’s assassination • Paul French visits Berlin, one of the world capitals of crime fiction • Karen White recommends 6 amateur sleuths for adults who like Nancy Drew

Terry Tempest Williams:
'We Are in a Moment of Such Lawlessness' 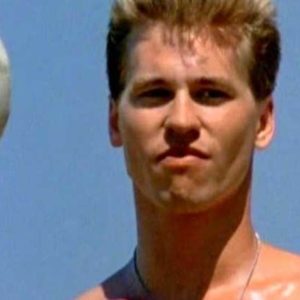 Stop whatever it is you're doing and pay attention to me because I have, just this morning, stumbled upon some joyous, and potentially...
© LitHub
Back to top