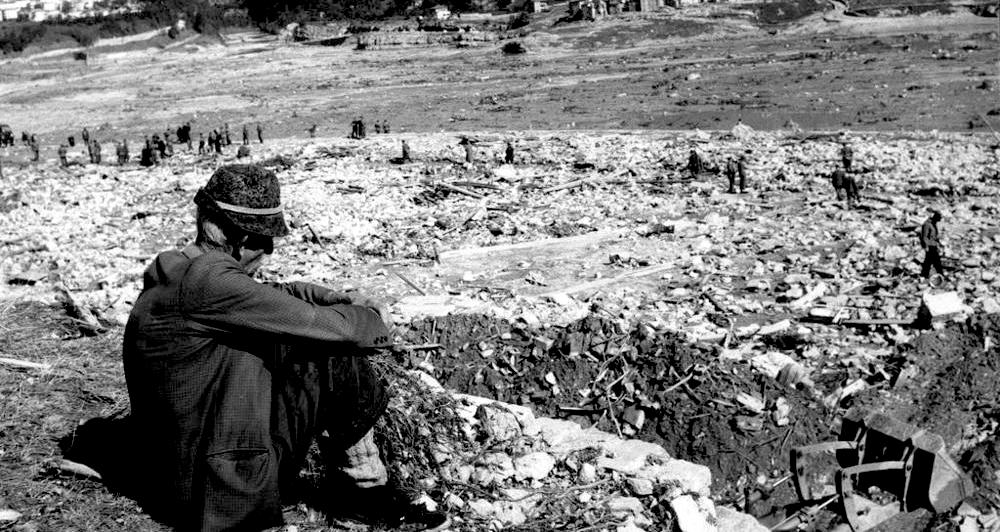 Martha Cooley on the Vajont Disaster, Julio Cortazar, and the Strange Power of Serendipity

At around 10:30 pm on October 9, 1963, a huge chunk of Monte Toc in northeastern Italy sheared off and dropped into an artificial lake created by the Vajont dam, constructed several years earlier. A marvel of modern engineering tucked into the cleft of a deep gorge, the dam was designed to harness the power-generating capacities of the Piave River and several of its tributaries. It was built despite local residents’ insistence that Monte Toc’s geologic instability made for huge risks.

Shortly after 10 pm on that October evening, a railroad switch operator left a bar in Longarone, a village in the Piave valley directly below the dam, and drove a half-hour to his home. His daughter—a woman I met by chance—told me that when he arrived, her father said he was tired. This surprised her, since her dad wasn’t the kind of guy who’d pass up an opportunity to watch a good soccer match with his buddies even if it meant missing a few hours of shut-eye. In any case, he went to sleep, woke up the next morning, called in to his train station, got no response, called another nearby station, no answer, what the hell?. . .and finally he learned that a few minutes after he left Longarone the evening before, a falling mass of mud, rocks, and trees had catapulted a vast wave of mud and water out of the artificial lake, over the lip of the dam, and down into the village. The landslide did its work fast; the whole thing was over in less than a minute. The entire village—roughly 2,000 people—vanished. At least 350 families lost all members; only 30 children survived.

One of the survivors, Micaela Colletti, was 12 years old. Blown out of her bed, she was all but buried in mud. She was pulled from her entombment by a search party; the sound of her extraction, she said, was like that of a cork from a bottle. The rest of her family perished. At age 18, Colletti got married and became pregnant. On October 9, 1969, exactly six years after the Vajont disaster, she lost the baby girl she was carrying. “I had a choice,” she told a BBC reporter a few decades later. “Either I killed myself because it was all too much, or I lived day by day, one day at a time.” Colletti admitted to the reporter that certain sights, such as a young woman with a baby, always challenged her, yet she held to her own way of reckoning with them: “[S]ooner or later these things will arrive, and if you’ve tried to hide from them, the blow is even harder. If you don’t have the moral courage to look fino in fondo—into the depths—you learn nothing.”

What is it, I wonder, that she’s learned? Each year, October 9 rolls around; she has to get past it; it can’t be skipped over. How does she not think of that date as destined for dreadfulness? Perhaps she does, yet somehow each year she climbs over the mountain of October 9 and into October 10. One day at a time: her words reveal her implicit belief in ongoingness.

Poking around online—surrendering to the vagaries of the Internet, where incomprehensible algorithms lead me from link to link—I found this from Julio Cortázar’s Around the Day in Eighty Worlds, in which Cortázar muses about coincidences in writerly terms:

We know that attention acts as a lightning rod. Merely by concentrating on something one causes endless analogies to collect around it, even penetrate the boundaries of the subject itself: an experience that we call coincidence, serendipity. . . My experience has been that in these circular travels what is really significant surrounds a central absence, an absence that, paradoxically, is the text being written or to be written.

I’m mindful of the coincidence that prompted me to begin writing this piece: a casual conversation with a stranger who, in the course of our talk, mentioned that her father had narrowly escaped dying in a disaster. Thus was my attention drawn to an event hitherto unknown to me. Once riveted, I started informing myself, and came upon a BBC article on Micaela Colletti and the coincidences that have shaped her life.

Too often in fiction, coincidences feel rigged or purposeless. Yet our lives are studded with them. How then to write convincingly of their appearance and effects?

Was there some central absence around which my attention circled? Perhaps that of coincidence itself. Put differently: have I been resisting the notion of coincidence, in life and also as an element of narrative? Have I thought of coincidences as cheap shortcuts to a story’s plot or, worse, to its “meaning”—best left out rather than accepted as natural presences?

I was on [his] shoulders. . . and he kept stumbling over these bright, incredibly white, translucent rocks and I kept asking him to put me down, but he wouldn’t. And there was this huge moon, so close and so bright it scared me. I felt if I stretched out my hand I could touch it. . . Then they put me in a car and I heard someone crying, and I suddenly realized it was me.

As Colletti’s magnetized attention circled around those bright white rocks and that close moon, the central absence for her wasn’t (as Cortázar would have it) a text-in-the-making; it was herself. Someone was crying; who might it be? For Colletti, the strange serendipities of the natural world helped her move from absence into presence.

Too often in fiction, coincidences feel rigged or purposeless. Yet our lives are studded with them. How then to write convincingly of their appearance and effects?

Our attention is pulled toward many different kinds of boundary-penetrating analogies, as Cortázar calls them—ranging from the most awful to the most pleasant—which we call coincidences. Some of them, as in Micaela Colletti’s case, have nothing to do with texts and everything to do with existential mysteries and the strong emotions they generate. At times we perceive coincidences where there really aren’t any—wishing our experiences to be glazed with inexplicability, not planed and sanded by logic and reason. Other times we ignore coincidences because their illogic unnerves us.

For Colletti, the strange serendipities of the natural world helped her move from absence into presence.

Who can say for sure when or how they’re operating in our lives? We don’t know. All we can do is be prepared to react to them, for they’ll certainly keep coming at us.

On the October evening Micaela Colletti’s father returned home from work, he got back in his car and left almost immediately.

That was unusual for him, his daughter said. He’d never done that before.

Would he have lived if he’d stayed at home, or would he have died anyway, along with his wife, his other daughter, and his mother? That’s one question. The other—the one that attracts storytellers—is where was he headed?

Martha Cooley is the author of two novels—The Archivist, a national bestseller published in a dozen foreign markets, and Thirty-Three Swoons—and a memoir, Guesswork. Her third novel, Buy Me Love, will be published in June. A Professor of English at Adelphi University, she has published short fiction, essays, and co-translations in numerous literary magazines.

Teaching Climate Change With The Lorax and The Jungle 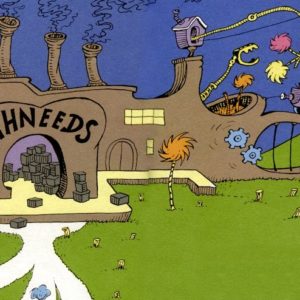 Teaching Climate Change With The Lorax and The Jungle

It used to be that what I wanted more than anything was for my high school students to read independently. This was a month...
© LitHub
Back to top