Terry Tempest Williams:
‘We Are in a Moment of Such Lawlessness’

The Conservationist and Erosion
Essayist on First Draft

Mitzi Rapkin: As I was reading your essays I found three major themes that I recognized: wilderness and wild lands; politics and the intersection of that; and then, faith, religion, and spirituality. I don’t know how you organized your essays—if the ones at the end were ones that you actually wrote later—but as a reader I felt like the idea and the connection to spirituality, religion, and faith and exploring more realms of that happened later in the book and maybe more current in your life.

Terry Tempest Williams: I really appreciate this conversation because as a writer you know the book from the inside out but you don’t know the book from the outside in, and in many ways I think you depend on other people to inform you about that. I really hadn’t thought about it, but I think you’re right. I really wanted to establish the bedrock of law because we are in a moment of such lawlessness.

The beginning really does look at the Endangered Species Act, the Wilderness Act, and the beautiful aspirational laws that were brought into being in the 1960s and 70s, particularly under Richard Nixon of all things. It’s hard to even comprehend that when the Endangered Species Bill was passed it was almost unanimous in the Senate. Now, we don’t agree on anything in Congress. I wanted to set that as a basis, that environmental and ecological issues were a bipartisan concern and it’s anything but now.

I do think that idea evolved into writings that take the law and expand it into a personal relationship with this particular animal and that this is not just an American sensibility, that whether you’re in Rwanda looking at Silverback Gorillas that are also refugees much in the same way that during the genocide there were refugees. These gorillas that we were watching were in the Virunga Mountains were actually migrants from the Congo because of the burning forests. Going to the Galapagos and seeing what happens when there are no predators, it’s a very different relationship to animals where the seals will come right up to you and almost lick your lenses, your goggles, and your scuba gear. There is that exploration and then I think, You’re right, it goes into the spiritual aspects of all erosions that become more personal, until the end there is my brother’s death by suicide. There was the conversation we had prior to his death where he literally said, “I am eroding,” and a look at isolation in contrast to communities.

Then, it ends with Willie Grayeyes, who is a Dine Navajo community leader who is questioned about where he belongs. He runs for County Commissioner in San Juan County and wins, but his opponents says it is an illegitimate election from an illegitimate person. Since Willie Grayeyes has lived his entire life at Navajo Mountain, they say he’s not a resident. Then, a court case ensues and ultimately he win his case, saying that he is a resident of Utah because his umbilical cord is buried there.

Ultimately, it is a book about dwelling, where do we belong, and where do we live even in the midst of erosion.

Terry Tempest Williams is the award-winning author of The Hour of Land: A Personal Topography of America’s National Parks; Refuge: An Unnatural History of Family and Place; Finding Beauty in a Broken World; and When Women Were Birds, among other books. Her work is widely taught and anthologized around the world. A member of the American Academy of Arts and Letters, she is currently the Writer-in-Residence at the Harvard Divinity School. She and her husband Brooke Williams divide their time between Cambridge, Massachusetts and Castle Valley, Utah. 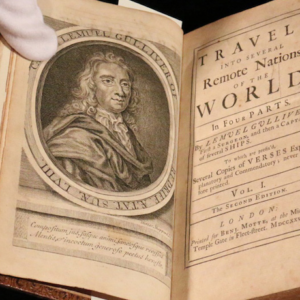 Duras’s body of work is a reminder that it’s okay to press send, to publish your drafts.” On Marguerite Duras,...
© LitHub
Back to top