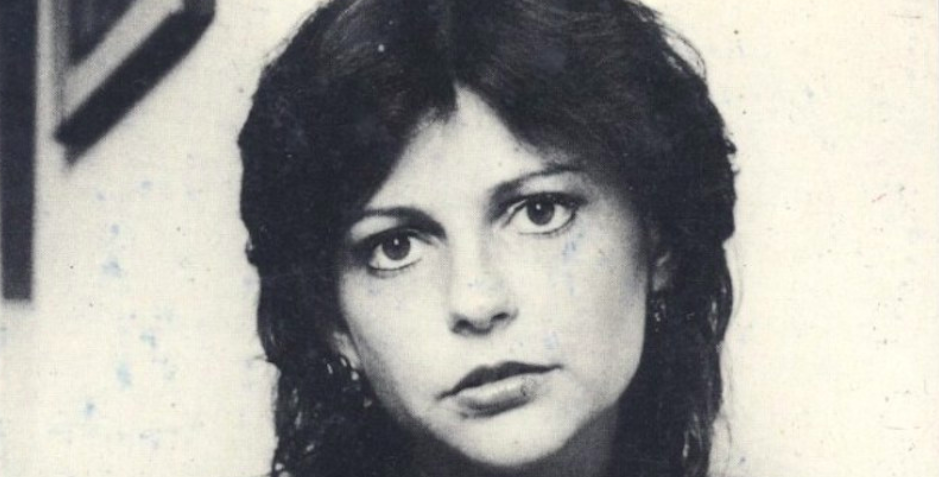 Liska Jacobs on the Laureate of Southern California

On this warm October day in Southern California, I walk the Venice canals and think of Kate Braverman. How in her sensational first novel Lithium for Medea she captured a Venice so distant that it’s difficult to accept that this version, which is polished and expensive and filled with tourists, is the same place. “There is a sense of abandonment,” she writes. “Deserted cars sit useless in weeds, looted, their vital organs gone. A shell of a canoe and a shell of a gutted speedboat stretch out like lovers in the field where two canals meet. Broken stuffed chairs rot under the sun. Old screens with the wire mesh ripped lie in random stacks between houses…”

Braverman’s Los Angeles is grittier than Eve Babitz’s, lusher than Joan Didion’s—it’s the city from my early childhood, the city my parents grew up in, and their parents before them. I recognize her Los Angeles as my own. All concrete and bougainvillea and stucco sliding into the sea. It’s pre-gentrified, before Silicon Beach and Bird scooters, back when Ocean Boulevard still resembled the main drag of a sleepy beach town and not some simulacrum of Miami Beach.

If you’re unfamiliar with Braverman, imagine Jean Rhys, toes in the sand near Santa Monica Pier, trying to make sense of this little port town turned future city. How can it at once repel us and capture our imagination? “Here, where it is always some form of summer, she continues, everything grows swollen, enormous, oblivious to proportion. Early roses bloom in front yards on Carroll Canal. Honeysuckle spills over the wire fence of the house next door. Walls of red hibiscus hide windows. Lemon trees are opening up, stiff yellow.” That mix of beauty and decay, as if Braverman were a scientist examining a specimen, or an astronomer a star—it’s something only a daughter of Los Angeles can appreciate.

Those who grow up here have a complex about doing so. Insecure and self-conscious, we’re aware of the stereotypes. We’ve heard it before. This is a city with no center, a pretend town—a greenscreen, a backdrop for more illustrious cities back East. Devoid of culture, devoid of art, a cement jungle with congested freeways and a polluted sea. Blah, blah, blah. It’s a tired formula from the last century, but one Braverman wrestled with because her generation grew up shouldering the weight of these slurs so writers like me could carry a lighter load. “Time gave us our credibility,” she writes in her “accidental memoir”, Frantic Transmission to and from Los Angeles, which won the Graywolf Press Nonfiction prize in 2005. “There were revisions and the world caught up. Rather than infected aberration, Los Angeles anchored the Sunbelt.”

I used to live near the Venice canals, but I’ve been slowly pushed out of the city of my birth. I was born in Brentwood, back when it was a neighborhood of bungalows instead of McMansions. My childhood was a product of the final days of the studio system, before Hollywood sold out and the studios became primarily distributors of films, rather than actual production companies. We moved to the San Fernando Valley, where it was less expensive and a family of six could spread out. I returned to Los Angeles for college and bounced around, moving west to east across the city, chasing cheap rents. I am old enough to remember the scent of the city on fire during the 1992 riots, to lament the loss of drinking Mai Tais at Trader Vic’s—I remember when the Getty Center opened and the garden looked small because it had yet to grow in and cover what once was a landfill. What I’m saying is, it’s difficult to be from a city that works hard to erase its past, a place that does everything in its power to be the fantasy of Midwest farmgirls’ dreams. It does not want to be my version of Los Angeles with its visible bumps and scrapes and scars.

Reading Braverman though, I feel less alone. The city I remember, she remembers too. “The bay suggested bolts of silk you might choose for an opera gown,” she writes in Frantic Transmissions to and from Los Angeles. “Clouds lift and the harbor turns vivid and bold like Bohemian crystal, glassy cobalt and charged garnet. This is why we buy vases and flowers. This is why we compose.” I know this ocean. It’s the one that inspired my first novel, Catalina. The sea I grew up swimming in. Later, when I’m back home in Pasadena where it’s even hotter and drier, I’ll reread this section and I’ll be transported to the cliffs of Palisades Park, the Santa Monica Bay tumbling out beneath me.

It’s fitting that the Santa Ana winds have just blown through. “They howled like a mouth”—yes, Braverman, you were right about that. When I learned of her passing last week I reread Tall Tales from the Mekong Delta, her O. Henry prize winning short story. “The air smelled of scorched lemons and oranges, of something delirious and intoxicated.” That’s exactly right too. With the winds gone the Venice canals are hot with the stench of algae and brine. Oblivious tourists pose on footpath bridges, there is a photoshoot on a nearby rooftop.

It isn’t just that I recognize Braverman’s version of the city that moves me, it’s how Braverman writes about it. Her writing is lyrical and fugue-like. It tosses and rolls and climbs like a drug peaking. From Tall Tales from the Mekong Delta: “Lenny turned the car onto Sunset Boulevard. In the gardens of the houses behind the gates, everything was in bloom. Patches of color slid past so fast she thought they might be hallucinations. Azaleas and camellias and hibiscus. The green seemed sullen and half asleep. Or perhaps it was opiated, dazed, exhausted from pleasure.” Just typing it out gives me a jolt, an electric shock that leaves me almost breathless.

There are parts of Braverman’s Venice that endure. On Carroll Canal, among the fake spiderwebs, skeletons and ghosts decorating the yards of multi-million dollar houses for Halloween, I spot early roses. Blooming too are the hibiscus flowers, bursting and red, and the lemon trees stark yellow. Honeysuckle still spills over fences. This is reaffirming and comforting, not everything in this city changes.

Braverman eventually left Los Angeles, but the city continued to be her muse. From the short story What the Lilies Know in her collection A Good Day for Seppuku, Braverman’s final published work: “Los Angeles is at her back, a solid sheet of grease that’s not entirely unpleasant. That’s why she’s been able to inhabit this city. Ugliness is a kind of balm. Beauty makes her uncomfortable.” This is my favorite version of Los Angeles, the one that breaks your heart but makes you stronger for it. Forgivable because it asks nothing of you. Leave if you want, it says, but we’re going with you.

Liska Jacobs’ The Worst Kind of Want is available November 5th from FSG.

On the Darkness, Strangeness, and Unbridled Joy of Children's Books 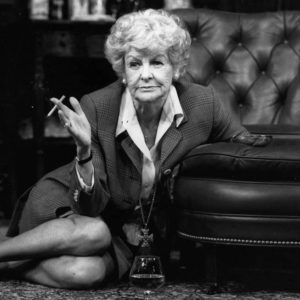 On the afternoon of November 17th, 2014, hundreds of people made their way through a dark rain toward the Al Hirschfeld Theater...
© LitHub
Back to top