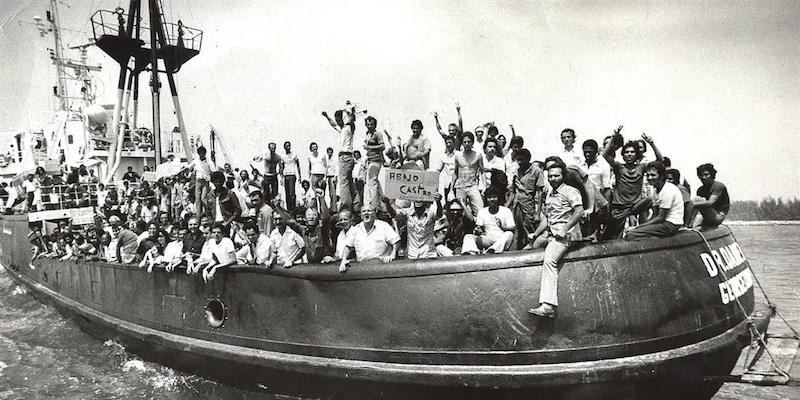 Via University of Florida Press

The Diplomatic Gambit That Opened Cuba Up to the World

How Castro Unintentionally Galvanized a Generation of Cubans

By the mid-1970s Fidel Castro’s relationship with the United States remained confrontational and diplomatic relations between Cuba and the US had not been restored. When Jimmy Carter was elected president of the United States in 1976, however, he brought a fresh approach to dealing with the regime in Havana and hoped to normalize relations. Early on he ended US reconnaissance flights over the island and liberalized travel restrictions. An advocate of human rights, the new president expressed interest in gaining the release of Cuba’s political prisoners.

Castro likewise sought a change in the relationship and, among other things, was probably looking for ways to lessen his reliance on—and subservience to—the Soviets. Within months after the election, the two nations reached an accord on fishing rights and, in the summer of 1977, agreed to open “interests sections” in one another’s capitals that would operate as quasi embassies. Such moves were supported by the State Department but seen less enthusiastically by the National Security Council (NSC) due to concerns over Cuba’s ongoing military interventions in Africa.

To smooth the way toward an ultimate rapprochement, the Castro regime attempted to forge relationships with those members of the Cuban exile community who also sought a change in the status quo. Although the regime had already established ties to highly unrepresentative leftist splinter groups among Cuban Americans, the new links needed to be closer to the exile mainstream in order to blunt (however mildly) the overall community’s inevitable opposition to any effort by Washington to normalize relations with Cuba.

Thus, in the summer of 1977, Cuban agents reached out to Bernardo Benes, a Cuban American banker in Miami and well-connected Democratic Party activist. Meetings between Benes and Cuban officials were held in foreign cities and, starting in February 1978, Benes and Castro began face-to-face talks centered on, among other topics, the release of political prisoners and the possibility of exiles returning to Cuba to visit relatives. Castro then suggested a public “dialogue” with exiles of the same mindset as Benes and announced in September 1978 that one would soon take place. Benes engaged in his quiet diplomacy with the approval of US officials, whom he kept fully informed of his activities. As before, the State Department was supportive, while the NSC remained more resistant.

Meanwhile, the Castro government and the Carter Administration had begun holding secret talks in May 1978. Cuba was open to allowing some current and former political prisoners leave the island but, much to the chagrin of the NSC, not to withdrawing its troops from Africa. Although agreement was reached on a prisoner release, the subsequent processing of the prisoners by US authorities in Cuba was far slower than anticipated due to the burdensome process imposed by a resistant Justice Department. In October Benes and six other Cuban Americans met with Castro in Havana. They returned with 46 political prisoners. The Justice Department, under pressure, eventually agreed to expedite the prisoner release process.

In November and December Benes traveled to Havana with the “Committee of 75,” the group of Cuba-approved exiles who would engage in Castro’s “dialogue.” The dictator agreed to release 3,600 political prisoners at the rate of 400 per month, and allow them to emigrate, as well as to permit exiles to visit their relatives on the island. The prisoner release, however, apparently unbeknownst to the Committee and the public, had already been agreed to in the secret talks between the Cuban and United States governments.

The Cuban exile community, although pleased by the release of political prisoners, remained mostly opposed to dialogue with Castro, believing that such talks would implicitly legitimize the regime and thereby strengthen it. The dialogue’s participants were denounced by many in the community as dialogueros and tools of Cuba’s intelligence services. Visiting the island also divided people in the community, since this was likewise seen as legitimizing the regime as well as enriching it financially.

By early 1979 Castro had reason to feel optimistic. His interventions in Africa had been generally successful, and he had been appointed chairman of the Non-Aligned Movement, a prestigious post for him. Moreover, he had made two regional allies: Nicaragua, which was now under Sandinista rule, and Grenada, under Maurice Bishop. Having recruited a handful of people from the exile community to engage in a dialogue, he had seemingly created division among his principal enemy abroad; not only could this be construed as a political coup, but it would result in a windfall of cash provided by exiles returning to visit their relatives. No one could have predicted how Castro’s fortunes would change before the year was out.

Young people who had lived their entire lives under Communism were probably jolted more than anyone by the “window to the world” that the returning exiles had provided.

The exile visits set the stage for what became one of the most destabilizing moments in Cuba since the early 1960s. Whereas some exiles had managed to visit the island in 1978, the Cuban government, wishing to maximize the cash flowing into the island, permitted more than 100,000 emigres to visit their families in 1979. It even opened special “dollar stores” where the visitors could purchase goods for their relatives (at inflated prices). Items ranging from radios to kitchen appliances were sold at these stores. Moreover, each visiting exile was required to purchase overpriced travel amenities, many of which they were unlikely to use. By the end of 1979 the regime had earned a staggering $100 million in desperately needed hard currency from the visits.

But the visits also yielded something no one had anticipated. The exiles, having earned a good standard of living abroad, brought with them stories of their lives in the United States. The Cuban people, who for years had had only limited contact with the outside world, sat in living rooms across the island staring at pictures of the emigres’ homes, automobiles, and businesses.

They listened, no doubt rapt, to stories of vacations, overflowing grocery shelves, and all the amenities available in a free country. And it wasn’t only family members who interacted with the visitors, but an endless stream of neighbors and friends who were electrified by their presence; soon, all the talk in Cuba was about the “worms” who had returned as “butterflies.”

After years of being told by the government that the exiles were living marginalized, impoverished lives abroad, many Cubans were now learning the truth. It was also, undoubtedly, the first time many had been in proximity to such “wealth” since nearly half the country’s population had been born after the Revolution and had known only material scarcity. As if to confirm their prosperity, the visitors freely spent thousands of dollars purchasing appliances and other impossible-to-acquire items for their relatives at the stores opened by the government.

While some visitors no doubt exaggerated tales of their success and engaged in petty boasting, the message was nevertheless clear: elsewhere in the world, hard work pays off and enhances your standard of living, as it had once done in Cuba. Of course, Cubans who had never believed in Communism and still remembered the pre-Communist era were not at all shocked by the apparent prosperity enjoyed by the emigres—rather, what they now heard merely validated their beliefs.

It would be a mistake, however, to assume that the only nerve touched during the visits was a material one, for many Cubans also saw what life in a free country meant beyond just the procurement of consumer goods. In the world beyond the isolated island, they saw that people were free to travel abroad, choose their jobs and careers, open businesses, elect their governments, practice the religion of their choice, express their opinions freely, and live without constantly being monitored.

Their exposure to the exiles, therefore, not only stimulated Cubans’ material appetites but, much more important, brought to the surface a profound desire for individual freedom.Indeed, in one of the earliest surveys of Mariel refugees, political motivations—such as “life was intolerable under a Communist regime,” “you felt continuously under surveillance,” and “I don’t like that kind of system” far outstripped economic motives for emigrating.

Young people who had lived their entire lives under Communism were probably jolted more than anyone by the “window to the world” that the returning exiles had provided, as frustration, disillusionment, and restlessness had been evident in them long before the visits. Alex Larzelere, a former Coast Guard officer and one-time research fellow at National Defense University, stated in his work Castro’s Ploy—America’s Dilemma: The 1980 Cuban Boatlift that Cuba’s young people were “very much aware of the unfulfilled promises of the Castro government, conscription, volunteer labor, rationing, and the sacrifices they were asked to make for the sake of the revolution.”

He further stated that they “found themselves in a situation of limited opportunities for social mobility. The only way young people could succeed under the Castro regime was to conform. But in conforming, their drive and ambitions were stifled.” Indeed, according to Carmelo Mesa-Lago, in the decade before the Boatlift, the Cuban government had faced real problems with much of the island’s youth—problems that became manifest in a soaring school dropout rate, an increase in juvenile delinquency, and a rise in what the Communist authorities regarded as rebellious behaviors and attitudes.

Among other measures to deal with these issues, the regime had launched an effort to ratchet up membership in the Young Communist League and created the Youth Labor Army in the early 1970s. Furthermore, to crack down on juvenile delinquency, the age of “legal liability” was reduced from 18 to 16. According to Mesa-Lago, “In addition, tough sanctions (up to life) were introduced for crimes against the national economy, abnormal sexual behavior, and other offenses.” It would be reasonable to assume that the hopelessness evident in many young Cubans can explain, at least in part, the desire so many of them had to leave Cuba, especially after getting a glimpse of what life was like just across the Florida Straits.

In any event, given that the exiles who ventured to Cuba did so because of diplomatic “talks” between Cuba and the United States, a renewed hope for emigration opportunities blossomed. During the visits many separated families vowed to act immediately if events in fact led to Cubans once again being permitted to leave the island. Many who had no family in the United States were likewise hopeful that a means to leave the country might soon present itself. It would not take long.

By the end of 1979, despite the inflow of cash from the visits, Castro’s fortunes overall had taken a turn for the worse. When the Soviet Union invaded Afghanistan, Castro’s leadership position in the Non-Aligned Movement became precarious, especially after his government voted against a United Nations resolution condemning the action (Afghanistan was a founding member of the Non-Aligned Movement). More immediately, blight had destroyed much of the island’s tobacco crop, and the global price of sugar, Cuba’s primary export, had declined. In late December Castro stated that Cuba was “sailing in a sea of difficulties.”

The Cuban people, who for 20 years had been promised a bright future under the Revolution if they worked hard, made collective sacrifices, and accepted limits on their individual freedom, were now being asked to endure even greater privation. Their situation was no doubt harder to bear after the exile visits, as Cubans could now compare their lot to that of their countrymen across the Florida Straits. For many, that promised land now seemed to beckon more loudly than ever before. 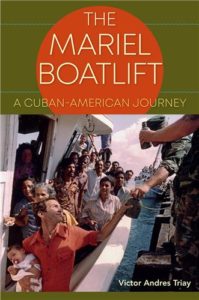 Excerpted from The Mariel Boatlift: A Cuban-American Journey by Victor Andres Triay. Gainesville: University of Florida Press, 2019. Reprinted with permission.

Victor Andres Triay is professor of history at Middlesex Community College in Middletown, Connecticut. He is the author of several books, including Bay of Pigs: An Oral History of Brigade 2506.

The Man Who Saw Everything 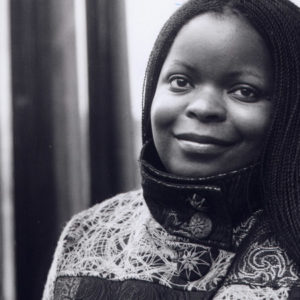