Early Visions of Transhumanism Were… Wild

The possibilities for growing and shaping human beings provided by our new technologies for manipulating cells might seem dramatic, even alarming, but they are rather conservative compared to what some of scientists in the early days of the field foresaw.

John Desmond Bernal was one of that remarkable generation of biologists and biochemists from between the wars—it includes J. B. S. Haldane, Joseph Needham, Julian Huxley and Conrad Hal Waddington—who laid the foundations of both developmental and molecular biology while at the same time weaving those advances into a committed vision of the social roles of science. Bernal’s extended essay The World, the Flesh and the Devil (1929) was a response to Haldane’s speculations on the opportunities afforded by the discipline we today call biotechnology, which were themselves informed by research on tissue culture like that at the Strangeways laboratory in Cambridge.

If Haldane’s forecasts of the future of procreation in Daedalus, or Science & the Future (1924) displayed a readiness to speculate and extrapolate way beyond what many scientists would be willing to risk today, that was nothing compared to Bernal’s thoughts on where biotechnology might take us. We might, he said, eventually get rid of “the useless parts of the body” and replace them with mechanical devices: artificial limbs and sensory devices that do a much better job. In the end, this cyborg existence would mutate into a kind of “brain in a vat,” hooked up to a distributed system of engineered devices in lieuof a body:

Instead of the present body structure we should have the whole framework of some very rigid material, probably not metal but one of the new fibrous substances. In shape it will be rather a short cylinder. Inside the cylinder, and supported very carefully to prevent shock, is the brain with its nerve connections, immersed in a liquid of the nature of cerebro-spinal fluid, kept circulating over it at uniform temperature.

The brain and nerve cells are kept supplied with fresh oxygenated blood through the arteries and veins which connect outside the cylinder to the artificial heart-lung digestive system—an elaborate, automatic contrivance.

Bernal’s ideas are clearly indebted to the science fiction of his era. Two years before his book was published, Amazing Stories carried a tale by the pseudonymous Francis Flagg called “The Machine Man of Ardathia,” in which a modern-day American encounters a visitor from the future: a fetal humanoid encased in glass and wired up to machinery.

Olaf Stapledon’s science-fiction classic Last and First Men, published in the same year as Bernal’s essay, described how humans in the future would use Haldane-style artificial conception along with Aldous Huxley-style biological manipulation to make entities that are more or less immense brains with tiny residual bodies tangling like an appendage from the under-surface, kept alive by pumps perfusing oxygenated blood.

Eventually these man–machine hybrids—the Fourth Men, in Stapledon’s elaborate post-evolutionary genealogy of humankind—evolve into enormous brains housed in towers 40 feet across: disembodied intelligences that enslave the earlier anthropomorphic humans (Third Men) and colonize the planet from the deepest seabed to the atmosphere. These fantasies are obviously influenced too by the work of Alexis Carrel, who himself envisaged a kind of distributed body in which the organs were kept in separate vessels but connected by a vasculature of tubing.

The plasticity of human flesh itself has become a largely unforeseen addition to the transhumanists’ utopian arsenal.

Bernal’s speculations are now regarded as a part of the intellectual heritage of the movement known as transhumanism, which seeks to use technologies to extend the possibilities of the human body in radical ways. The definition offered in 1990 by Max More, CEO of the cryonics company Alcor Life Extension Foundation, remains as good as any; it says that transhumanism refers to:

Philosophies of life . . . that seek the continuation and acceleration of the evolution of intelligent life beyond its currently human form and the human limitations by means of science and technology, guided by life-promoting principles and values.

Despite what is sometimes asserted, transhumanism is not about “perfecting the human body.” Its proponents generally recognize no platonic perfect form but believe that improvements can continue indefinitely (which after all is evolution’s position too). Much of the transhumanist program so far has focused on the extension of cognitive and sensory capabilities using medical and information technologies, drugs, and human–machine interfaces. The plasticity of human flesh itself has become a largely unforeseen addition to the transhumanists’ utopian arsenal.

Of course, much rests on that issue of More’s “life-promoting principles and values,” since there is no agreement on what these comprise, nor any fixed philosophical or ethical calculus for resolving the matter. Transhumanists usually tend towards liberal beliefs, grading into full-blown libertarianism—and they may find themselves challenged by the stark fact that our narratives of efforts in this direction veer almost uniformly towards the dystopian.

Transhumanists are sometimes accused of finding the human body repulsive. They deny it, and we should do them the courtesy of believing them—but the body tends to feature in their plans as flawed at best, and perhaps as an unnecessary encumbrance. Even the brain itself is commonly viewed purely as an information-processor whose job can be done just as well by a computer, a contention that is still controversial within neuroscience.

A contempt for the flesh is certainly apparent in another book commonly cited as heralding the transhumanist project: Man into Superman (1972) by American cryonics visionary Robert Ettinger. If Bernal’s proto-transhumanism merged seamlessly with the imagery of Amazing Stories, so too does Ettinger’s book reflect the spirit of its age, for it is a lurid acid trip, exuding the kind of self-assurance characteristic of the most extreme and unhinged scientific fantasies.

His delirious speculations about the future sex of bioengineered bodies could have come from the pages of a J. P. Donleavy novel:

The sexual superwoman may be riddled with cleverly designed orifices of various kinds, something like a wriggly Swiss cheese, but shapelier and more fragrant; and her supermate may sprout assorted protuberances, so that they intertwine and roll all over each other in a million permutations of The Act, tireless as hydraulic pumps . . . A perpetual grapple, no holes barred, could produce a continuous state of multiple orgasm.

While the language of today’s transhumanism is rather more sober, it sometimes conveys a similar frustration that our all-too-human flesh inhibits our sexual potential. Biotech entrepreneur Martine Rothblatt looks forward to the creation of “digital people,” the personae creatus, who are liberated from the conventions of sexuality and gender that bodies impose. “Once that is done,” she writes, “sexual identity will be liberated not only from genitals, but from flesh itself. Consciousness will be as free to flow beyond the confines of one’s flesh as gender is free to flow beyond the confines of one’s flesh genital.” There would be an end to the straitjacket of sexual dualism.

That’s as explicit an example as you could imagine of transhumanism as displaced wish fulfilment. What it seems to represent for Rothblatt is an embodiment of the desire for society to be less rigid and definitive in the way it regards sexuality and gender. It’s a valid aspiration, but there are already sound biological and cultural reasons why this should apply equally to our fleshy selves, without any need to invent a digital diversity of sexual categories.

Here, as elsewhere, transhumanism seems to function more as an imaginarium for constructing the utopias we might (with good reason) wish to see realized in the world as it already is. 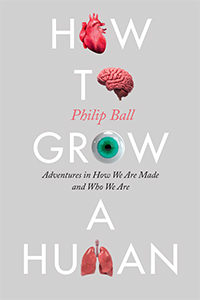 Reprinted with permission from How to Grow a Human, University of Chicago Press © 2019 by Philip Ball

Philip Ball is a freelance writer and broadcaster whose many books on the interactions of the sciences, the arts, and the wider culture include H2O: A Biography of Water, Bright Earth: The Invention of Color, The Music Instinct, Curiosity: How Science Became Interested in Everything, and, most recently, How to Grow a Human: Adventures in How We Are Made and Who We Are. His book Critical Mass won the 2005 Aventis Prize for Science Books. Ball is also a presenter of Science Stories, the BBC Radio 4 series on the history of science. He trained as a chemist at the University of Oxford and as a physicist at the University of Bristol, and was an editor at Nature for more than twenty years. He lives in London.

For So Many Cultures, the Key to Understanding Death is a Festival of Light

Unsubstantiated: An Essay of Sexual Violence 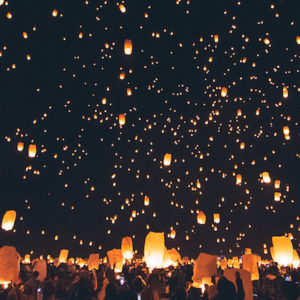 For So Many Cultures, the Key to Understanding Death is a Festival of Light

As with spring, our idea of autumn has a few components. The fall equinox signals the shortening of the days. The weather...
© LitHub
Back to top
Loading Comments...