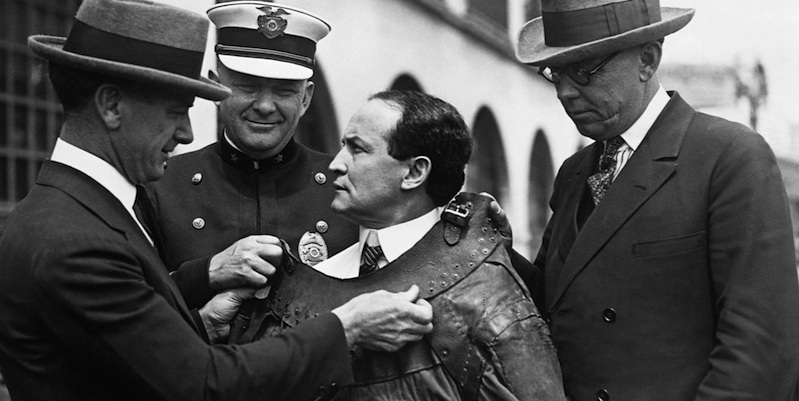 When the Great Escape Artist Was Arrested in Germany for Fraud

Harry Houdini’s favorite escape was not an escape at all. It was a fight for honor. The odds really were against him, and skills he had perfected as an escape artist were of little use to him. But he won just the same, and Houdini never tired of telling the story of how he beat the feared German police.

Houdini arrived to perform in Germany in 1902, just as King Wilhelm II’s government cracked down on fraud in entertainment. The police went after acts of fraud of all kinds including, improbably, a famed horse named Kluger Hans (Clever Hans, in English) who seemed to have the ability to add numbers and tell time. The German board of education formed a 13-member committee to investigate Kluger Hans; they eventually ruled that no fraud or tricks were used. Kluger Hans was officially declared a clever horse.

Anna Rothe was not so lucky. She was a renowned medium of the day; Sherlock Holmes author Arthur Conan Doyle said that she “had such powers in a high degree.” In 1902, Rothe was on-stage in Berlin pulling hyacinth and narcissus flowers out of the air when two German police officers rushed the stage and wrestled her to the ground. They found that Rothe had hidden 157 flowers and various fruits under her coat. She was taken to jail to await trial.

That trial was a sensation; Houdini himself paid ten marks to get a standing-room spot in the courtroom. Rothe was found guilty and sentenced to 18 months in prison. The warning had been declared: King Wilhelm’s government would not tolerate fraud, even in what might seem like harmless entertainment.

“Every singer and vaudeville comedian must submit his entire act, in typewritten form, to the police fourteen days before date of opening,” Houdini complained in the Daily Mirror. “The police look the matter over, and if there is anything about it they don’t like, such material is promptly cut out.”

Houdini was doubly troubled because King Wilhelm was known to be a rabid anti-Semite. Another Jewish magician would have skipped Germany entirely. But Houdini was Houdini; in such things, he was entirely fearless. When he got to Germany, he immediately arranged an exclusive escape for more than 300 German police officers. He stripped naked, had a bandage placed over his mouth, and allowed himself to be bound by numerous handcuffs, leg irons, finger-locks, and thumbscrews. He escaped in less than ten minutes.

“At this time,” the police wrote in a statement, “we are unable to explain the way in which the locks are opened.”

The statement might seem tepid, but Houdini never let the details stand in the way of a good story. He declared himself “The only artist in the history of Europe to whom the German police have given the Imperial certificates.” (As far as anyone knows, there never was any such thing as an Imperial certificate.)

German audiences loved Houdini. He performed using the shaky German he had spoken as a child, and everyone appreciated the effort. But above all else, there was something about the way he escaped, something about one man defying his bonders and breaking free, that spoke to the German spirit. Houdini performed for sell-out crowds throughout the country, particularly at his beloved Wintergarten Theater in Berlin.

In what must be one of the stranger moments in judicial record, the judge asked Houdini how he could get out of Werner Graff’s lock without using a pick.

Which is why he was as surprised as anyone when a newspaper in Cologne, Rheinische Zeitung, ran a story with the headline “Die Entlarvung Houdinis” (The Unmasking of Houdini).

The newspaper’s charge was confusing. They wrote that Houdini had attempted to bribe one police officer to help with an escape and actually bribed another police employee to get him out of a different predicament. Both bribes were alleged by the same person, a patrolman named Werner Graff, who would become Houdini’s favorite enemy.

Graff was perfectly suited for the role of cartoonish villain in Houdini’s story. Graff, a humorless man who never seemed able to read a situation, told the paper that he owned a particularly complicated lock and key, and that Houdini had offered 20 marks to borrow it for a demonstration before the police. Graff said Houdini told him exactly how he would perform the trick (hiding the key in his anus) and that “we could both make a lot of money.”

Graff said he refused the money and was so incensed by Houdini’s insolence that days later he took the stage and challenged Houdini to escape from that same lock. According to Graff’s complaint, Houdini pleaded with a second police employee named Lott—“I will be ruined!” Houdini shouted—and bribed him to get a duplicate lock. Houdini then filed through Graff’s lock to escape and switched it with Lott’s duplicate lock for the eyes of the crowd.

To this day, no one knows if Graff’s charges were true (they’re hard even to understand). In his epic biography, Ken Silverman leaned toward Graff’s version because the various methods described—shouting about how he would be ruined if he failed, using a few dollars to convince a police officer to help—sounded very much like Houdini’s style.

“Yes, more likely than no,” he concluded.

This all went to trial, where Houdini, of course, told an entirely different story. He fully denied the initial bribe and said that Graff made up the whole thing. As for the incident on stage, Houdini’s denial was shakier. He admitted breaking Graff’s lock but said it was because Graff sneakily had given him a busted lock that could not be opened. In one of the more dramatic moments of the trial, Houdini emotionally recounted how Bess had seen Graff switch the locks and then shouted out, “This officer is a common liar! He has changed the locks!” Houdini was fined three marks for publicly insulting an officer, but it was well worth it. Graff’s credibility was in tatters.

Whoever was right, whoever was lying, Houdini easily won. In what must be one of the stranger moments in judicial record, the judge asked Houdini how he could get out of Graff’s lock without using a pick. Houdini took the lock (which Graff had been forced to bring to court) and banged the bolt against a metal plate he kept hidden below his knee. In time, the mechanism weakened, and the lock opened. Houdini then gave the judge a private show as he picked his way through various locks and chains.

“I knew in order to win my lawsuit, I would have to open any lock that was placed before me,” he later wrote. The judge ordered Graff to pay 200 marks and the newspaper to pay 50.

Graff couldn’t see that he was defeated. He appealed the case to a higher court and lost. He appealed a second time and lost again. In one of the trials, Houdini was he asked to open a safe, and this turned out to be easy because the judge forgot to lock it. Good fortune was on his side throughout.

Graff was ordered to pay all court costs, which included travel expenses for the numerous witnesses Houdini had brought to speak on his behalf. For the rest of his life, Houdini used a fake but real-sounding “newspaper account” in his publicity material:

In the highest court, Police Officer Werner Graff was found guilty of slandering Houdini, heavily fined, he must pay all costs and insert an advertisement in all of the Cologne newspapers, proclaiming his punishment, at the same time “IN THE NAME OF THE KING” openly apologize to Houdini for insulting him. This open apology is the severest punishment that can be given to a royal official, and as the lawsuit has been running over a year, the costs will run into thousands of dollars.

All of this was exaggerated in typical Houdini style, but the victory was real. Houdini sometimes would say that defeating Werner Graff was “the greatest thing I ever did in my life.” 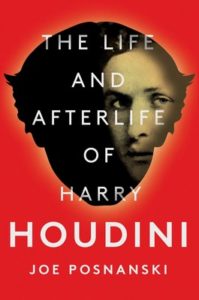 From The Life and Afterlife of Harry Houdini by Joe Posnanski. Copyright © 2019 by Poe Posnanski. Reprinted by permission of Avid Reader Press, an Imprint of Simon & Schuster, Inc.

Joe Posnanski is the author of the #1 New York Times bestseller Paterno. He is a national columnist for NBC Sports and was a senior writer at Sports Illustrated from 2009 to 2012. In 2012, he was named National Sportswriter of the Year by the Sportswriters and Sportscasters Hall of Fame. Before joining SI, he was a columnist for the Kansas City Star for fifteen years, and was twice named the best sports columnist in America by the Associated Press Sports Editors. He is the author of four books and has been anthologized widely. He lives in Charlotte, North Carolina, with his family. 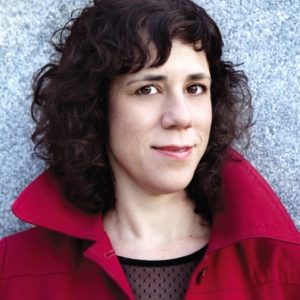 Jami Attenberg, in the middle of starting of her book tour, she drops into The Damn Library to discuss her new novel, All This...
© LitHub
Back to top
Loading Comments...