TODAY: In 2013, Harper Lee sues literary agent Samuel Pinkus claiming that he tricked her into assigning him copyright on To Kill A Mockingbird.

Unconscious bias is running for president: Rebecca Solnit on Elizabeth Warren, Bernie Sanders, and the problem with “likeability” • Yukio Mishima on the beautiful death of James Dean • Edmund White on Stonewall • Leila Slimani doesn’t care if you’re uncomfortable • Ayesegül Savas on the struggle to become a true Parisian flaneur • Benjamin Moser on the great Clarice Lispector • “You can have friends or you can correct people’s grammar.” The inimitable Mary Norris and Benjamin Dreyer talk grammar and style •

David Means on the world as inspiration • Sex and Sexability: on writing desire in the Regency years • Why was Shakespeare wary of writing about religion? • Ru, Duranya, and Hasadri Freeman on the radiating power of love and terror in Sri Lanka • On raising a boy in America • The literary pitfalls of writing about the young and rich • The journey that changed Geoffrey Chaucer’s life • Edward Said on the death of American activist Rachel Corrie • On Dorothy Parker: political activist, melancholic, bootleg Scotch-drinker • Visiting a writing school for working people • Greg Bottoms on historical amnesia in the American South • The freedom of writing in a language your parents can’t read • Hannah Lillith Assadi talks to Miriam Toews about religion, revenge, and what is lost in leaving home • Dear Reader: Eileen Myles on Kathy Acker • On the quiet revolution in evangelical Christian publishing • Get your vicarious travel fix with six fictional vacations • “Having a body is not for the faint of heart.” On pain • On the life-hacking origins of incel entitlement • Anjelica Huston on finding her father in the writing of  Lillian Ross • When Mary Karr won the Whiting Award 30 years ago, she thought the call was a prank and hung up • Husband, job, self: a story of three marriages, and three rings • The pleasure of annotating one of literature’s most challenging works, Finnegan’s Wake • The Astrology Book Club: what to read this month, based on your sign • Lit Hub’s favorite book covers of April and our favorite stories from April and here are 11 books you should read in May • And some personal news: we redesigned Lit Hub, added a podcast network, and launched a blog

Subscribe to the new Book Marks Bulletin for reviews, news, pre-publication giveaways, and more!
Eudora Welty on Charlotte’s Web, Dorothy Parker on Winnie the Pooh, and more classic reviews of beloved children’s books • This week in Shhh…Secrets of the Librarians: Emily Drabinski on The Watermelon Woman and libraries vs. the global elite • Lori Feathers on the oeuvre of Ali Smith: from Hotel World to the Seasonal Quartet • Strangers and Cousins author Leah Hager Cohen on five novels about sprawling families, from One Hundred Years of Solitude to I Capture the Castle • Anna Burns, Oyinkan Braithwaite, and Tayari Jones are among the finalists for the 2019 Women’s Prize for Fiction • Azareen Van der Vliet Oloomi has won the the 2019 PEN/Faulkner Award for her novel Call Me Zebra • This week in Secrets of the Book  Critics: Becca Schuh on biting criticism and the greatest modern year for books • Hustvedt on Knausgaard, Oliver Sacks’ final essays, a novel that’s horny for itself, and more of the Book  Reviews You Need to Read This Week • From Another Brooklyn to Just Kids, see the critics wrote about each of the finalists for this year’s One Book, One New York • Bret Easton Ellis’ White: timely injection of corrective truth OR a very needy book? • Ali Smith’s latest, a novel of doomed relationships, and a memoir by Dustin Lance Black all feature among the Best Reviewed Books of the Week

Craig Pittman on Encyclopedia Brown and his mysterious creator, Donald J. Sobol • All the crime and mystery books you need to read this May, featuring Thomas Harris, James Ellroy, and more • Curtis Evans on T.S. Eliot’s lifelong love of crime novels • Ahead of Malice Domestic, a conversation on the state of the traditional mystery • Mary Lawrence guides us through several series set during the ultra-violent Tudor Dynasty • Erin Kelly knows suspense fiction is far more than a passing trend – it’s embedded in our literary DNA • April’s best international crime fiction • Vincent Zandri on 10 of the most doomed romances in noir • August Norman interviews six authors about their settings, real and imagined • Lorraine Berry on post-apocalyptic detective fiction 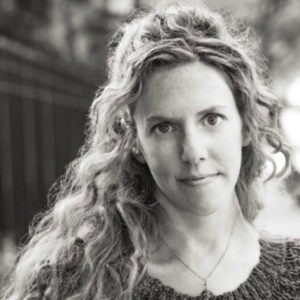 My personal form of astrology is to anxiously trawl Publishers Marketplace every week. No, wait, hear me out: it's how I can tell...
© LitHub
Back to top