On the Life-Hacking Origins
of Incel Entitlement

“We can safely say I'll be dead before I find the proverbial
girl of my dreams.”

You can’t understand relationship hacking without appreciating something about geek identity. To be a geek is to be outside the mainstream, often ensconced in a subculture. Geeks are not, stereotypically, known for their social skills; rather, their defining traits are intelligence and their enthusiasm for computers, games, and comics. Geek identity, then, is characterized by feelings of insecurity and superiority relative to the mainstream, often simultaneously.

This juxtaposition is seen in a 1999 classic of internet lore, “Why I Will Never Have a Girlfriend.” In it, Tristan Miller, a computational linguist, presented “a proof, using simple statistical calculus, of why it is impossible to find a girlfriend.” He dismissed the possibility that there was “some inherent problem with me.” It wasn’t awkwardness or a lack of fashion sense; rather, it was a matter of numbers: there aren’t that many suitable women. Miller began his calculation with the requirement that a woman must be two standard deviations above the norm for beauty; she must also be intelligent, but she doesn’t have to be as intelligent as she is beautiful.

After further winnowing by age, availability, and reciprocal attraction, Miller was left with thousands of possible women across the globe. But these gems were lost in the population at large; if he went on a blind date with a new woman every week, it would take over 3,000 weeks before he dated one of these women: “we can safely say that I will be quite dead before I find the proverbial girl of my dreams.” Miller wrote this, tongue-in-cheek, almost 20 years ago, and it shows how insecurity about having no girlfriend can be masked with the pretense of superior mathematical reasoning.

Today, on the bitter fringes of online culture, men speak of being “incels” (involuntary celibates). In time, they might take the red pill (a reference from The Matrix), awaken, and join the other MGTOW (men going their own way). The Rational Male, also the title of a blog, is trapped in a system in which his desires are either ignored or exploited by the likes of gold diggers.

Pickup artists, though, have not yet lost hope. They believe that the AFC (average frustrated chump) can be transformed into an alpha male. (Masculinist culture is laden with pop-culture references, jargon, and abbreviations.) The PUA uses his reasoning to discern the patterns of seduction and to learn the algorithm by which his desires can be fulfilled rather than exploited.

Scholars of this subculture believe that these feelings of insecurity are potent. Matt Thomas argues that pickup and life hacking attract the same sort of “white male geek” and that a “post-industrial ‘crisis of masculinity’” underlies both. Pickup artists cope by hacking seduction: “They have reversed engineered it and reduced it to a series of steps, scripts, and procedures that any man—theoretically—can follow and be successful.” “Is it any surprise,” he asks, “that Tim Ferriss and Neil Strauss are friends? Or that one of the episodes of ‘The Tim Ferriss Experiment’ is about him learning how to pick up women? Or that in that episode Ferriss consults with [computer] hacker Samy Kamkar?”

Complementing the geek’s insecurity is a sense of rational superiority, sometimes manifesting as braggadocio. Upon discovering pickup culture, one famous computer hacker wrote: “I’m what PUAs call a ‘natural,’ a man who figured out much of game on his own and consequently cuts a wide sexual swathe when he cares to.” Fortunately, other hackers “don’t have to be helpless chum in the dating-game shark pool. We have some advantages; with a little understanding of human ethology we can learn how to use them effectively.”

Learning how to deploy their geeky advantages is what Mystery offers his readers.

I was a geek, too. The truth is, generally speaking, geeks are intelligent individuals who simply haven’t yet applied that intelligence to social scenarios. . . . When you look at all other human beings as beautiful, elegant biological machines embedded with sophisticated behavioral systems designed to align with others to maximize their chances for survival and replication, the task of understanding humanity and your place in it becomes surmountable. . . . With me as your friend and guide, you’ll start uploading Venusian arts programming into your behavioral system and then practice and internalize it so you won’t have to think about picking up.

In short, the successful pickup artist is a reformed geek, one who has reprogrammed his behavior to hack that of others: insecurity gives way to superiority. The self-help sell is that the average frustrated chump will be frustrated no more, with the right tools in hand.

Mystery’s claim that he invented the algorithm for seduction is disingenuous. He did, however, make significant contributions to its latest iteration. As a performer, he brought flare (known as “peacocking”) and new routines for establishing rapport with strangers. He excels at eyeliner and feather boas, at parlor tricks and mind reading. But modern pickup culture can be traced back at least 50 years.

There were two things about the 1970s that gave rise to pickup culture: the sexual revolution and the computer as a metaphor for the mind. The sexual revolution meant that people could more easily engage in sexual trysts. Eric Weber’s 1970 book How to Pick Up Girls spoke to the man who could have sex outside of marriage but didn’t know how to make it happen. Weber assured his readers that “normal, healthy young chicks like sex” and they “will be glad to have sex with you if you only ask them.” For example, peace rallies are great places to pick up “fantastic broads,” “even if you’re [privately] for war.”

Much of the theory behind pickup is an extension of neuro-linguistic programming (NLP), which began in the 1970s as an attempt to identify the techniques of successful therapists.

Weber’s book is deeply creepy and written from the perspective of male entitlement and female objectification. Weber infamously begins the book with a scenario of seeing a woman walking down the street: “You’ve just got to see more of her long legs. Her fine rounded breasts. Her high, firm behind. For an instant you even consider rape.” This dark legacy persists in pickup today. In language, women are objectified and quantified by way of a 1–10 “Hot Babe” scale. In practice, one pickup guru who endorsed psychological abuse and physical coercion was banned from traveling and teaching seminars in some countries. Pickup manuals have also been banned from the Kickstarter crowdfunding site because of similar concerns. This is self-serving and other-harming ideology, sold as pickup tips and relationship advice. Beyond the harm done to its targets, it warps the attitudes and character of those who read it.

In addition to increased sexual opportunities, popular culture in the 1970s reflected the growing power of computing. Although computer matchmaking can be traced back to Harvard undergrads in 1965, computing’s contribution to pickup in this period was by way of metaphor. Much of the theory behind pickup is an extension of neuro-linguistic programming (NLP), which began in the 1970s as an attempt to identify the techniques of successful therapists. NLP was cast in the mold of ascendant technology: language was a way of programming the neural machine. It claimed to be the “art and science of excellence” and promised that the communication skills of “top people” could be learned by anyone. Much of NLP understands the self and communication as maps or models, shaped by stepwise processes.

NLP has since been discounted as legitimate psychotherapy; one scholarly review characterizes it as “cargo cult psychology.” Nonetheless, it has been influential among self-help gurus, including Tony Robbins. Scott Adams, creator of Dilbert and self-help author, readily acknowledges NLP’s influence. In an interview with Ferriss, Adams traces his interest in persuasion and hypnosis back to these roots and recommends that listeners think of their lives as a system. He begins his book How to Fail at Almost Everything and Still Win Big by explaining, “Your mind isn’t magic. It’s a moist computer you can program.”

Even though NLP was intended as a means of self-improvement, it was most tightly embraced by those wishing to seduce others. Ross Jeffries, a proponent of “speed seduction,” incorporated NLP and hypnosis into pickup in the 1980s. With the help of a computer hacker, Jeffries also took his approach online, founding the Usenet group alt.seduction.fast in the 1990s. Many pickup gurus, including Mystery, got their start there. Jeffries continues to be active in the scene today—and a little resentful of the attention the latest generation of gurus has received.

The overlap between NLP and pickup is seen in their shared concepts, including accessing cues, anchoring, mirroring, and reframing. For example, accessing cues are eye movements that reveal internal mental states. Mirroring builds rapport or reinforces behavior by mimicking others’ subtle behaviors. Jeffries uses these notions, and the suggestive power of metaphors and homophones, throughout his writing. In a 2011 blog post, he wrote of a hypnotic-like interaction with a German woman, his friend’s assistant. When Jeffries spoke a little of his high school German, she complimented him on his pronunciation. He responded: “I find languages have a certain feeling and a CERTAIN SHAPE IN YOUR MOUTH. When it’s right you can FEEL IT IN YOUR MOUTH.”

She thought about it a moment and said. “That’s very true. I speak a little French and it feels much different in my mouth.”

I said, “That’s right. French is very soft. But German is VERY HARD IN YOUR MOUTH.” (This time I leaned on it a bit and put more of a sexual tone to it.)

Her pupils dilated for a moment, she took in a deep breath, and visibly reddened. As she did I gently nodded my head “yes” and she mirrored it back, nodding gently in return without being aware of it.

Because he had a girlfriend, Jeffries practiced “hook ’em, catch and release,” but he encouraged his readers to try to use the same techniques in their conversations with women. Practice makes perfect even if—at that moment—you aren’t able to follow through.

Jeffries’s story is a weird combination of crassness and pseudoscience. Language is powerful, but it’s not magic. Conceiving of the brain as a computer and a relationship as a system has both advantages and limitations. The idea that we can change ourselves and our surroundings is a useful one, but it can be taken too far. I doubt dropping “new direction” into a conversation is going to make women more receptive to a “nude erection,” as Jeffries suggests. I suspect the German woman was simply being polite to her boss’s friend.

In this way, seduction hacking is like some of the claims of health hacking: marginal science is overextended to questionable applications via anecdotes and testimonials. Nonetheless, for the lonely and systematic thinker, the allure of behavioral patterns and systems is obvious. 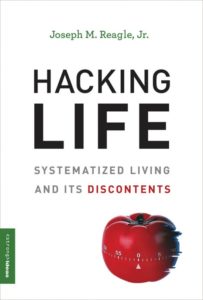 From Hacking Life: Systematized Living and Its Discontents. Used with the permission of the publisher, The MIT Press. Copyright © 2019 by Joseph M. Reagle, Jr.

Joseph M. Reagle Jr. is Associate Professor of Communication Studies at Northeastern University. He is the author of Good Faith Collaboration: The Culture of Wikipedia and Reading the Comments: Likers, Haters, and Manipulators at the Bottom of the Web, both published by the MIT Press. 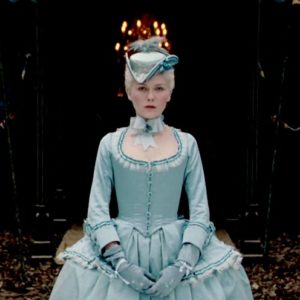 Will we ever run out of stories to tell about the French Revolution? Edward Carey’s recent novel Little is the second novel...
© LitHub
Back to top
Loading Comments...