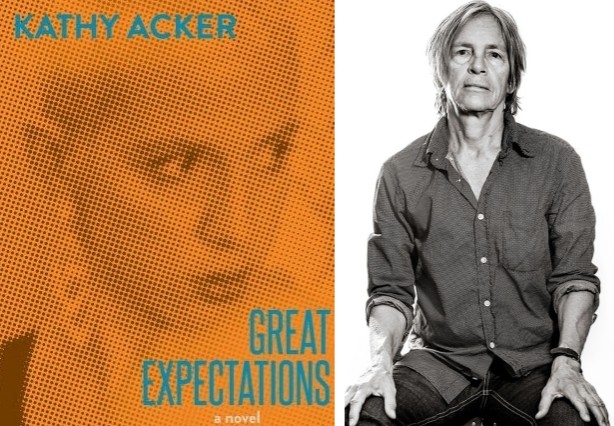 On the Novel Great Expectations

I’ve already written two versions of this intro and now I think I’m just giving up and I’ll talk to you direct. I first heard about Kathy in a workshop at St. Mark’s Poetry Project in 1975. This poet Mike Sappol who was also in a band said Kathy aka the Black Tarantula is who I should be reading I don’t know I just think you’d like her. Kathy was doing what people in the poetry world then called “writing.” Meaning they refused genre, they didn’t not write poems they just didn’t like calling them anything that specific. Bernadette Mayer was the poet who coined the “writer” term at that time. And it made a baggy loose space, a trans form where poets could meet everybody. Which was poetry’s project then. Like now, poetry in the 70s was hot. You know and we’ve always had fellow travelers, people who move with us as opposed to the sellout fiction world, weird experimental artists and writers. Lydia Davis is one, Renee Gladman is another right now. Patti Smith was kind of one of them, leaving poetry for rock n roll but still saying she was a poet. Richard Hell too “left poetry” to invent punk rock. And Richard is prominent in the short annals of men who have written about having sex with a famous woman (Kathy) as opposed to women always covering them. Janis Joplin was probably the only other woman worth saying you had sex with. In the lesbian world it’s Audre Lorde. Anyway part of Kathy’s first notoriety in the 70s was that she sent small pieces of “The Childlike Life of the Black Tarantula” (her novel-in-progress) out regularly to the entire St. Mark’s mailing list. That list in the pre-internet days was gold. You could actually reach out and touch the inside of all these peoples’ mailboxes. That was before my time (by about five minutes) and there were actually people who were genuinely pissed off that she did that. People didn’t want just anything in their mailbox. I remember a friend being outraged at Kathy presuming they wanted her lousy writing. But where I’m going is that NOT ONLY are the title and the beginning of Kathy’s Great Expectations from Dickens but her way of getting her writing out. Neither the Times nor the Voice was going to serialize her writing so she would do it herself. Through and through Kathy was a DIY Dickens. And looking at this, the quintessential Acker work, the turn in the road, the book in which she did everything for the first time, it’s serialized unto itself. It’s bits and pieces, it’s variegated stuff. Versions of slime and what fights it too. A rescue mission.

It’s a soap. Exaggerated writing always has a purifying intent. To reach out. The narrator’s mother has killed herself and her father left when he knew she (the mother) was “with child.” Or how does Kathy put it here—in this version which seems like the central one though the book doesn’t so much have a center as a circle:

Three months before she was born, her father had abandoned her mother and, according to her mother, had never tried to see her again or her daughter be-cause he’s a robot. (p. 82)

Kathy’s very funny if you think calling your abandoning father a robot is funny. Men are represented here in all their many awful incarnations—men working, philosophizing, men fucking (and Kathy is a great lover of men) and men are just always losing parts of themselves, sometimes literally and/or just failing, checking out. Men are gone or hiding their awfulness part by part in women. Women are sort of where men stop.

Then women stop and the scene changes. Kathy’s a master at spinning the most severely telling interior monologue:

While the big man was shoving himself into her, the girl lay as stiff as a log and wouldn’t allow herself to feel any pleasure because this was the main way her fear would allow her to express anger. (p. 87)

Whoa, right? Then the curtain falls, the chapter ending quietly with female annihilation.

In the next chapter we’re in some kind of salon and it’s just beauty beauty beauty. Kathy has many styles and this one renders a flat account of the ways of the upscale fashion world. In the midst of it all is a whispered critique: This anonymity is life. The chapter kind of ends parasitically. She writes, “I want to be one of these vanguard people so I disguise myself:” (p. 89).

And then we go into another world. Her work is just so much sailing. And what she knows abundantly is that all sailors drown. But I want to look at the mechanics of what she does.

That colon at the end of the paragraph works like a link into the future world where Kathy barely lived. The internet still had a sci-fi aura in 1997 the year she died. The click of it: travel of the colon, those two dots fling the reader into a referentiality that never comes, the psychic travel of the “cut up” technique moves forward merely on the faith of a shared word. Here it’s father.

Exaggerated writing always has a purifying intent. To reach out.

“My father never beats my mother up” she writes and in the next paragraph “the father grabs a candle, the curly brown-haired soldier his red mouth rolling around the black meat . . .” and suddenly we’re in a chaotic war scene where babies are being raped, soldiers shoot, teens standing around pissing in the mud then the narrator once again walks back into her parents’ bedroom.

You know I think “the cut-up technique” is a misnomer. She’s NOT the Lady Burroughs. In the grand autocratic female tradition of Gertrude Stein Kathy uses the pedestal of this novel as a lavish framing technique just like Stein used the fame she acquired from the autobiography of Alice B. Toklas to go on a book tour and tell America exactly what literature was and what culture was and what she was doing. The novel is a soapbox for Kathy. Pip may have lost his parents in Great Expectations but what does it mean here in this novel when a man leaves before a child is born. When a man leaves a woman again and again. The child did not kill its mother in the process of its own birth, a classic theme, but rather the prospect of childbirth so frightened the father that he left and the woman replaced him and replaced him (the form of this novel) and ultimately that killed the mother. Repetitive male fear kills women in Kathy’s novel. Man can’t bear the facts of life and women are stuck with it. Women are it. The mother passes the knowledge on to the daughter. And all of it happens in the body. It’s unforgettable. And so Kathy’s imaginary both being of its moment and as a version of being female is not a computer imaginary, not a world of looking at your phone and being grateful that it knows which episode of Atlanta you were watching in bed last night so you can keep watching at the gym. It’s the imaginary of an absolutely dreaming m ind that persistently wants to go somewhere else. Where this is not true. And did.

Kathy’s gone and about five books have come out in the last year in which she’s the subject and/or the lift off point of another novel. I was even at a gala at PS New York last spring and there was a Kathy puppet walking around. We agreed that the good thing about being dead is you don’t have to live to see that.

Sometimes Great Expectations is simply formatted like a teleplay—Clyfford Still (of all people!) sits in a restaurant saying loudly to his date (making sure everyone can hear): “I understand that you’re weak. I want a strong feminist.” Clyfford Still of course is just an asshole. And Sarah’s reply is timid.

SARAH: Maybe you should go with someone else. (Hopefully) (p. 93)

Female acquiescence here is not so much failure but maybe like in Claire Denis’s recent Let the Sunshine In is a provocative way to showcase male narcissism and insularity. Does he even know he’s talking to her. It’s like he’s ordering off a menu.

Later on Clyfford Still seems he could be Donald Trump.

Then the shade just lifts on another man, another war, the next scenario where Kathy’s well-known lovers and husbands are name-checked and bandied about like go-go girls decorating the endless scene changes of her great opera. I remember how pissed off and jealous I was when Kathy wrote the libretto of an opera for BAM called The Birth of the Poet. Everybody had a moment with Kathy if you were close with her at all or had any kind of significant cultural brush where you thought how dare she. I was the poet not her, fume!!! In the same way she “takes” realities here, she took the world, she wanted a lot.

But the whole thing was both devotion and a façade. Yes we’re in a teleplay, yes we’re in a novel, yes we’re in Kathy’s diary, but every bit feels like a teaching tool, a mawkish and sometimes heartbreakingly beautiful discourse on what being and feeling can be. No one would ever ask Kathy to write a reader’s guide to her book and yet the questions between rapes and bloodbaths are here.

WHERE DO EMOTIONS COME FROM, ARE EMOTIONS NECESSARY, WHAT DO EMOTIONS TELL US ABOUT CONSCIOUSNESS? (p. 38)

In 127 pages she touches it all. Great Expectations is a handbook of tone, of sad jokes without quotes. At one point a legal defense lawyer is assigned very belatedly to a bunch of sex workers who are matter-of-factly about to get screwed by the state. He’s what justice they’ve got. Kathy puts it tersely. It’s laden with scorn.

The skinny representative needed ten minutes to find out who these ladies were. (p. 85)

What does Kathy want? I wouldn’t call her a feminist writer. I don’t even think of her as liking women. Nah. But maybe she’s a little proud of them. A little in awe. This book is a warning. I think she thought this:

Women’s sexuality isn’t goal-oriented, is all-over. Women will do anything, not for sex, but for love, be-cause sex isn’t a thing to them, it’s all over undefined, every movement motion to them is a sexual oh. This is why women can be sexually honest and faithful. This is why women look up to things, are amazed by things. Women hate things the most. (p. 49) 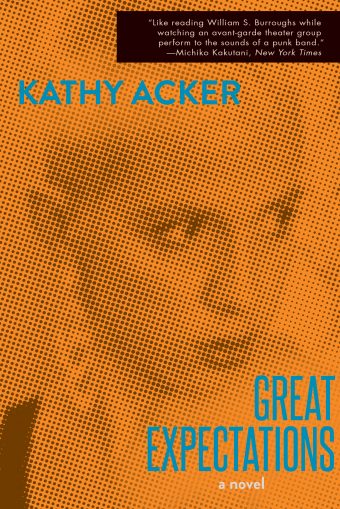 Introduction taken from GREAT EXPECTATIONS by Kathy Acker. Used with the permission of the publisher, GROVE PRESS. Introduction Copyright © 2019 by Eileen Myles.

Eileen Myles is the author of nineteen books including I Must Be Living Twice: New & Selected Poems, and a 2015 reissue of Chelsea Girls. Eileen is the recipient of a Guggenheim Fellowship in non-fiction, an Andy Warhol/Creative Capital Arts Writers grant, four Lambda Book Awards, and the Shelley Prize from the PSA. In 2016 Myles received a Creative Capital grant and the Clark Prize for excellence in art writing. Currently they teach at NYU and Naropa University and live in Marfa TX and New York.

Miriam Toews on What Forgiveness Means in the #MeToo Era 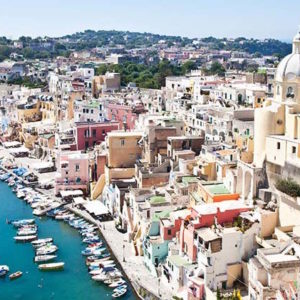 Since the era of the Grand Tour, vacations have been fertile ground for literature, and for good reason. What story can’t...
© LitHub
Back to top
Loading Comments...