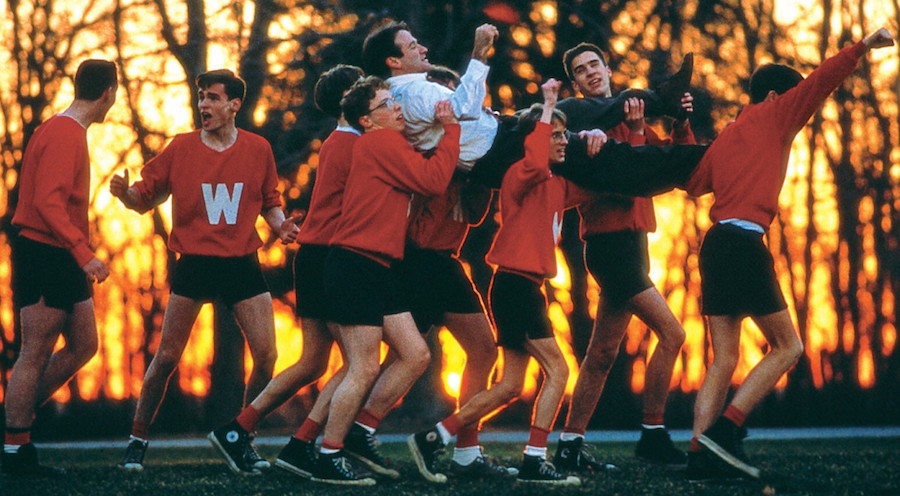 On the Literary Pitfalls of Writing About the Young and Rich

A confession: I did not go to boarding school.

I have, however, long been intrigued by the boarding school novel as a kind of subgenre, the way the best of them intensify traditional coming-of-age narratives by confining the story to a space that is both sheltered—by privilege, by geography, by tradition—and unfettered at the same time. In such a space, adolescent characters generally have too much freedom for their own good but also a false sense of security created by the place itself, the idea that nothing too terrible can happen in the shade of those old trees and inside those lovely old buildings and that, whatever mistakes the characters might make, a soft landing is guaranteed, when, of course, nothing could be further from the truth.

There is also a more personal element to my fascination. Boarding schools struck me as impossibly glamorous when I was young, the denizens of such places worldly in a way that I could never be. My own youth in Mobile, Alabama was plenty privileged, plenty sheltered, but even now, when I meet someone who went to boarding school, I instantly feel like a rube.

Another confession: I did not set out to write a boarding school novel.

I wanted, quite simply, to write a Virginia book. I grew up in Alabama but I went to college in Virginia and I earned my MFA in Virginia and I taught for a year at Hollins University in Roanoke, big, essential, life-shaping years for me, and I wanted to write a book that investigated and did justice to my experience. Given the nature of that experience, I figured this book should probably be an academic comedy, something along the lines of Lucky Jim by Kingsley Amis, but the pages that emerged in the early going were at best mildly amusing and mostly without substance.

It wasn’t until I relocated the story to a boarding school that the novel began to acquire a kind of heft in my conception. I still hoped the book would feature elements of academic comedy but the stakes were instantly raised, the ordinary dramas of the young characters taking on new weight. The way this change altered my perceptions of the adult characters was particularly surprising. It seemed to me, suddenly, that the teachers and coaches and administrators at my fictional Briarwood School for Girls had a greater depth of responsibility for their charges and the failure to live up to those responsibilities risked more significant consequences for everyone involved.

The question becomes how to tell a story that is aware of tradition without wallowing in it and ultimately bogging down in clichés.

It was also about this time that it dawned on me that I was writing inside a different literary tradition than I’d thought, one with its own particular tropes and pitfalls for the writer. The very elements that draw certain readers to the boarding school novel—the messy friendships, the class rivalries, the bungling faculty, the youthful rebellions, the coming-of-age and self-discovery narratives, even the timeworn appeal of boarding schools themselves, their rituals and customs, their mossy bricks and shady trees—elements that enrich the tradition in so many ways, are so familiar that they can feel cozy and no writer that I know wants to write a cozy novel. The question becomes how to tell a story that is aware of tradition without wallowing in it and ultimately bogging down in clichés, how render that old story and its telling new.

A third confession: Far better writers than I have grappled with this problem.

There are the classic boarding school novels—A Separate Peace, The Catcher in the Rye—and more recent critical and commercial successes like Prep by Curtis Sittenfeld and Paul Murray’s Skippy Dies. I would also include a number of prep school novels under this umbrella, most notably Muriel Spark’s The Prime of Miss Jean Brodie. I’m thinking, however, of two novels in particular: Christine Schutt’s All Souls and Old School by Tobias Wolff, both of which expertly manage to fulfill and transcend expectations of the genre.

In All Souls, Schutt explores a year at the prestigious Siddons School, the story’s lynchpin Astra Dell, a student hospitalized with cancer, and while the fact of her illness holds the book together, it’s not the real story here. By focusing on characters peripheral to Astra Dell—students and teachers and parents drift in and out of her hospital room, each burdened, like all of us, by personal desires and concerns—and by rendering their lives in brief, shimmery flashes from a host of different points of view, Schutt produces a novel closer to collage than conventional narrative but no less potent for her daring. In Schutt’s hands, familiar characters—poor little rich girls, neglectful parents, schlubby teachers—and familiar story elements—romantic infatuations, eating disorders—appear entirely and brilliantly new.

Tobias Wolff’s Old School, on the other hand, resembles on its face and for the majority of its pages exactly what readers might expect from a boarding school novel or a prep school novel. Here we have the musty but beautiful buildings, the arcana of campus customs, the rivalries and ambitions of the students at his all-male academy, all rendered in Wolff’s spare and lucid prose. We even have a plagiarism case, hardly exotic to the genre. The novel is rich in familiar ways throughout, but it’s not until Wolff shifts point of view in the last section, away from first person and into third, away from student life to an English teacher burdened by a secret of his own, that the book lifts up and out of the boarding school tradition and into something altogether more devastating.

Writers are always working in the shadow of literary precedent.

Part of avoiding those pitfalls has to do with remaining true to one’s own sensibilities regardless of genre and literary precedent. There is nothing, for instance, about the way Christine Schutt strings together sentences or approaches story that even vaguely resembles the way J.D. Salinger does the same, just as there is nothing about the way Tobias Wolff conceives characters or establishes tone that resembles Muriel Spark. But that can only take the writer so far.

Is it possible to create something new if you’re not conscious of the old? I have my doubts. By writing toward precedent, however, by engaging directly with other works in the genre, by acknowledging precedent and actively challenging it, by deliberately seeking different windows and fresh stylistic angles into these old stories, it becomes possible to simultaneously subvert tradition and channel its power.

Michael Knight is the author of the novels The Typist and Divining Rod; the short-story collections Dogfight and Other Stories, Eveningland, and Goodnight, Nobody

Sex and Sexability: On Writing Desire in the Regency Years

Edmund White on Stonewall, the 'Decisive Uprising' of Gay Liberation 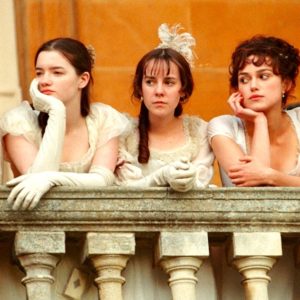 Sex and Sexability: On Writing Desire in the Regency Years

Regency women were badly hemmed in. For centuries it had been assumed that women were far more libidinous than men, but in the middle...
© LitHub
Back to top