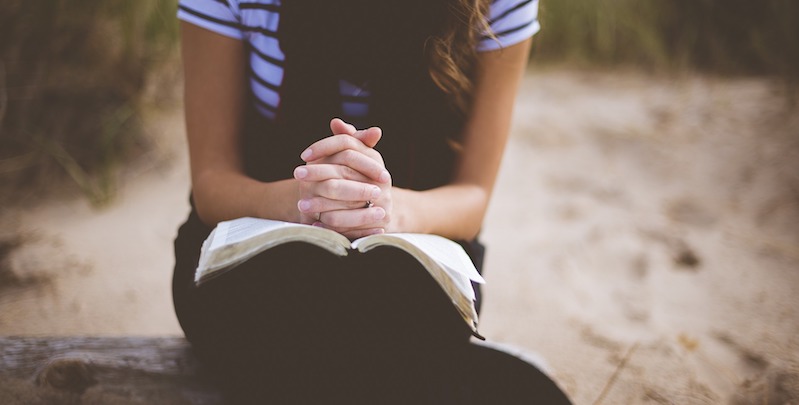 And the Women Who Have Had Enough

How does one begin to describe the world of evangelical Christian publishing? It’s an industry whose target consumers make up a percentage of annual book sales ($600 million) that’s smaller than annual worldwide sales of Garfield merchandise, but still occupies a powerful place in its target demo’s consciousness. It’s replete with its own set of niche presses, academic imprints, literary agents and Big Five-funded publishing houses that exist apart from the New York City’s publishing scene. It’s an insular economy whose power players are nestled into the suburbs of cities like Grand Rapids, Michigan; Colorado Springs, Colorado; and Nashville, Tennessee; where book proposals are evaluated not only by their sales potential, but by their broadest theological implications. Here we have a sect of the publishing world where women have held much of the buying power, but proportionally, precious little social capital in their own homes and in their churches.

If this world has anything in common with its secular counterpart, its that at the heart of its sales figure are the

pocketbooks of women. For decades, millions and millions of women, in these cases functioning as the book-buying agent of their household, have literally bought in—contributing to sales figures indicating that they were more than content to toe the party line by mainlining the Bible study and domesticity titles that dominate the EFCA nonfiction bestseller list. But with the arrival of the Instagram-made author, along with the decline in power of some its traditional gatekeepers, writers and editors are saying that the trends in this stubbornly atypical niche may be finally reaching toward a more nuanced, and even progressive, set of narratives.

One (glaring? But also, grinning!) example of this is the runaway success of Rachel Hollis’s runaway bestselling book, Girl, Wash Your Face, as well as its just-released follow-up, Girl, Stop Apologizing! Hollis practices and advocates for a “curated authenticity” approach to life and love and God, too, in a cold mashed potato offering of prosperity gospel and twee, ‘Gram-friendly aphorisms.

More eloquent critics than I have pointed out the problems in the premise of these books. But is it possible that the success of the Girl duology only begins to tell us the story of what the evangelical Christian women audiences are thinking?

“The reason I think someone like Rachel Hollis, somebody that’s offering the kind of theologically self-oriented material that attracts many Christian women, is that the evangelical churches, by and large, left women in a discipleship vacuum and in that vacuum these other voices become really prominent,” says Katelyn Beaty, author of A Woman’s Place (2017) and an acquisitions editor for the Christian imprint Brazos Press. Beaty points to the decline of institutions and institutional life in general as putting more strength behind the voice of the individual. As individual voices have commanded more attention, helped in large part by social media, they found their audience primed and ready with the emergence of Web 2.0.

Amidst the phenomenal popularity of blogs among a certain subset of young women in the mid-aughts, women of faith found their voices unshackled from the oversight of leaders who have the power to grant or deny them a platform in their local church. This bred a generation of self-taught women writers, thinkers, and content curators indebted to no denominational brass. Coinciding with this publishing independence came what Beaty refers to as a “maturity” of the complementarian movement. (Strictly defined, complementarianism is a theological belief that men and women possess innately unique, but “complementary” characteristics.)

Without getting too deep into the thornier parts of the theological debate, these writers have espoused a “new wave” complementarianism that supports the foundational idea that men and women are different, but moves the goalposts in terms of male dominance and women being allowed in leadership. This conversation, about how conservative religious ideals could hold biblically true, by some readings, and still enable women more autonomy, happened mainly, online. And many of this new generation of writing women were even able to fulfill the faith community’s traditionally lauded roles of wife and mother while adding “writer” to their resumes.

Perhaps the marketplace of ideas that was originally commodified for the consumption of evangelical Christian women wasn’t what they wanted to begin with.

“A lot of my interests and my passions grew out of my experience as a woman in the church, running up against the other frustrations or questions or things that I didn’t feel were being addressed or conversations that I really felt we needed to be having,” says Hannah Anderson, author of three books with the Christian imprint Moody Publishers. “And maybe 10 or 15 years ago, there would have been very little space or opportunity for me to press into those conversations. But given the digital age, I’ve been able to kind of put them forward and then find that people are responding to them and engaging with them and that has been what’s propelled my work.”

Some of the best-selling titles in this market meet at the intersections of female empowerment, identity, and individualism while adding another, more faith-sensible ingredient: humility. Anderson’s book, Humble Roots, Sharon Hodde Miller’s Free of Me, Shannon Martin’s Falling Free: Rescued from the Life I Always Wanted, Hayley Morgan’s Preach to Yourself, Ashley Hales’ Finding Holy in the Suburbs, Whitney Capps’ Sick of Me, and Alia Joy’s upcoming release, Glorious Weakness are just a few recent titles that demonstrate a turn away from “curated authenticity” toward a more globally aware, communally focused integration of faith, womanhood, and life. (

Pew data suggests that 76 percent of the evangelical population in the US is racially white. It’s worth noting that with the exception of Joy, all of these books are by white women—a signal that despite some progressivist leanings, progress in racial representation has been glacial, at best.

The mother of all examples of this movement toward a more liberated evangelical womanhood is a somewhat unlikely candidate: Bible study writer and the founder of Living Proof Ministries, Beth Moore. If you had encountered Moore in her pre-Twitter iteration—bound between the softcovers of her serious-looking studies of Isaiah and Hebrews, published by Lifeway’s publishing arm, B&H—it was easier to frame her within the context of the establishment Baptist canon: women queuing up Sunday school lessons for aging Southern belles between potluck suppers and Friday night football games. The real Moore is much harder to pinpoint. Hailed

by The Atlantic as “the tiny blonde Bible teacher taking on the evangelical political machine,” Moore has spent the better part of the last three years emerging as a social media force: blogging about her #MeToo experiences in male-dominated conservative leadership spheres, poking fun at her own Mary Kay-consultant-like visage, and reminding her nearly 900K Twitter followers of the transience and vanity of “likes” and “retweet” metrics.

The opportunity for would-be authors to present an unfiltered persona to potential readers who are encountering them not in the stacks of bookstores, but in primarily digital spaces, sheds light on another possibility: perhaps the ideas originally commodified for the consumption of evangelical Christian women weren’t what they wanted to begin with.

Anderson, whose books explore various constructions of female identity and personhood through a Christian lens, says she was surprised by who her audience became. “With my first book, Made for More, I thought I was targeting women my age and younger because they were asking these questions about identity. But what I found that surprised me was, it was hitting women 10, 15, 20 years older than me, who said ‘I’ve been waiting for this book for 20 years.’ I was shocked by the hunger and the famine that women older than me had experienced from the publishing market, and the eagerness with which they ate up that book.”

Alia Joy’s Glorious Weakness, a book of essays that charts the difficulties of grief, poverty, and living as a Christian woman with a mental health condition, is about as far from Girl, Wash Your Face and its ilk as a reader can get. Glorious Weakness debuted April 2 in the Christian Inspirational category, and Joy recalls that it at first encountered resistance from publishers who admitted they were hesitant to bring her book to market when it didn’t line up with a tidy ending and a white picket fence faith. Joy says, “I think there is a tendency in Christian publishing to want the happy ending, and one publishing company basically said that my story was just going to be too uncomfortable and sad for readers—like it was just too much for them to go through that journey with me. And I thought, ‘There’re just so many people going through this journey. Yes, it is sad and it is hard. Sometimes, they just [want to] make the narrative really simple. And it’s not, it’s complicated. Faith is complicated. Trials are complicated, suffering is complicated, a relationship with God is complicated.”

Offering spiritual wayfarers a companion for the journey as opposed to an aspirational lifestyle might be the tack for long-term growth in the Christian Living niche. As women eschew traditional redemption arcs in favor of open-ended narratives and boldly complex theologies of suffering, they are manifesting their desire for a community that lingers outside of the frame, the kind that doesn’t need a flattering filter. Perhaps what this particular audience is most interested in is a thriving, unexpected, grace-filled kind of freedom that comes from figuring out who you are without a man to tell you any different.

Kathryn Watson is a graduate of the Writers Institute at Susquehanna University and currently lives in Staten Island, NY. She is a full-time freelance writer covering art, books, faith, and culture. Her writing has been published in Hyperallergic, Longreads, and The Cleveland Review of Books, among other places. 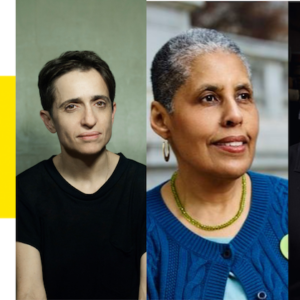 Every June, The Lambda Literary Awards celebrates truly inspirational LGBTQ authors. At this year’s ceremony a group of writers,...
© LitHub
Back to top