TODAY: In 2004, French publisher Denoël publishes Irène Némirovsky’s Suite française, consisting of two novellas written and set in 1940–1941, from a sequence left unfinished on the author’s death in Auschwitz concentration camp in 1942.

Michiko Kakutani on why we love books • Shirley Jackson, soothing as ever, in a letter to a young reader • Talking to Robert Macfarlane and Jackie Morris about The Lost Spells • 50 of the best apocalypse novels ever written • Noam Chomsky and David Barsamian, calling it like they see it • Fran Lebowitz on the glamorous worlds of Camilla McGrath • On Sylvia Plath’s creative breakthrough at the Yaddo Artists’ Colony • Life advice from a mythic Slavic witch? • Emily Van Duyne considers a monumental new biography of the Sylvia Plath • Duncan Wu on the poetic appeal of our very best friends: dogs • Sonya Bilocerkowycz on what it’s like to jaywalk in a dictatorship, at home and abroad • Madelaine Lucas on rituals of home and return in Marilynne Robinson • Paola Ramos profiles the work of young environmental justice activists • Mark Polizzoti on Patrick Modiano’s literary career that comprises a “single work” • Scott James recommends five books to help us understand the rise of Trump that have nothing to do with Trump • Tommy Orange on vulnerability, and familial love • Allison Wood talks to Luna Adler about what a memoir can do • When a Marilyn Monroe met Richard Avedon • Peter Mishler talks to the poet Pamela Sneed • What we still don’t know about the Cuban missile crisis • Kate Bernheimer on the melancholy at the heart of

a beloved children’s classic • On the 19th-century food writer who embraced gluttony as a virtue • Inside the spare and extravagant homes of six iconic writers • Riding in cars with John Ashbery • We could all use a Leonard Woolf right about now • Christina Baker Kline and Bonnie Friedman in conversation about a classic of literary craft, Writing Past Dark • Lulu Dewey nearly loses it working as a tech writer in Silicon Valley • Monica Youn, poet and frontline defender of democracy • Lily Wachowski on confronting fascism at the ballot box… and in the streets • Tyler Malone explores the dark, cinematic world of eco-horror • Lucile Scott on pandemic weddings and rules for witches • Myléne Dressler on what ghost stories mean in 2020 • Claire Cronin on writers and their many hauntings • A brief history of bones • Somebody had to do it: 50 Draculas, ranked

Indie booksellers from around the country rave about their favorite reads • 10 terrifying 21st century novels for Halloween • A classic review of Dracula • Sarah Shun-lien Bynum on William Faulkner’s transporting language and Mary Gaitskill’s greatest sex scene • Scott James recommends five books to help us understand the rise of Trump that have nothing to do with Trump, from A Civil Action to Where the Crawdads Sing • Max Seeck on Animal Farm, A Little Life, and hating The Master and Margarita • Joshua Ferris on Jess Walter, Ron Charles on Bryan Washington, and more of the Reviews You Need to Read This Week • Carey Mulligan, Andy Serkis, David Attenborough, and Sutton Foster lend their voices to some of October’s best audiobooks • New titles from Jess Walter, Bryan Washington, Martin Amis, and Evan Osnos all feature among the best reviewed books of the week

George Orwell's 1984 is Always Just Around the Corner 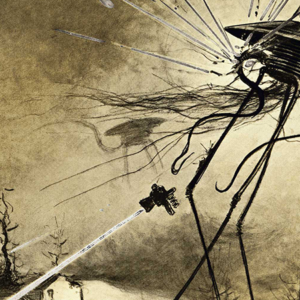 On this very day, in 1938, Orson Wells broadcasted an adaptation of H. G. Wells' The War of the Worlds. It aired over the Columbia...
© LitHub
Back to top