It is a half-joking commonplace, promulgated by the author himself, that Patrick Modiano writes the same book over and over. More pertinent is a remark he made in the preface to an omnibus of his novels, in which he noted that his books taken together “form a single work . . . often the same faces, the same names, the same places, the same sentences recur from one to the other.”

One book in that omnibus, Pedigree (2005), stands out among Modiano’s writings in that it purports to be not an autofiction but an actual autobiography, at least a partial one—though readers familiar with Modiano’s narrative strategies can be forgiven for not entirely trusting that distinction. Those who had noticed his off-piste chapbook Ephéméride from 2002—a kind of beta version of Pedigree—might remember a passage in which the author, recalling a scene from his childhood, details the “mysteries of the Louvre courtyard,” from the “black stone and leaves from the chestnut trees in the sun” and “mountain of dead foliage against the foundation wall of the terrace” to the “clock at the southern gate of the palace, its hands stopped”—ending, in an apparent non-sequitur, with the fleur de lys “branded on Milady’s shoulder” from The Three Musketeers. Such readers might also have experienced a sense of déjà vu—“the same places, the same sentences”—in finding that reminiscence almost verbatim three years later in Pedigree, but with two telling differences: this time, we are informed that the hands of the clock have stopped “for all eternity,” and, rather than ending with Milady’s shoulder, the author goes on to evoke the Médrano Circus.

Milady . . . Médrano . . . Modiano . . . The chain of assonances might seem whimsical, until we realize that what gives this scene its primal quality, makes it worth reprising, is precisely the family connection, as the place “where my brother and I spent long afternoons.” Younger brother Rudy, whose death from leukemia at age ten stopped time for all eternity; partner and fellow witness to a childhood whose harsh difficulties big brother Patrick has recounted in many guises—Rudy, whose life and death, Modiano tells us flat out in Pedigree, is the only thing “I’ll relate here [that] truly matters to me.” And since Rudy himself intervenes seldom in those pages, we then have to wonder how much of this supposed autobiography touches the core of the author’s life. (Perhaps the truer account of the two brothers’ shared boyhood can be found in the novella Suspended Sentences, which relates the months they spent living in a borrowed family that was, as the ratings say, “not suitable for children.”)

Modiano’s repetitions are not from lack of imagination, from having no new stories to tell; rather, they are a recognition that all stories lead to the same story.

But of course, Pedigree does contain other core preoccupations, one of which is highlighted by a further repetition: the episode of the adolescent Modiano’s brief arrest at his father’s instigation, for the crime of having asked (at his mother’s insistence) for the monthly child support, an episode that in the teenager’s mind melds with that of his father’s own arrest and near-deportation during the war at the hands of the French Gestapo. The scene of father and son riding together in the paddy wagon is one of the most wrenching in all of Modiano’s oeuvre, and here again recurrence offers a clue to its central importance—for readers of Pedigree might recognize it as having already been narrated, practically word-for-word, in his 1997 memoir-reportage Dora Bruder. The fact that Dora, as a runaway Jewish teenager, was similarly arrested and transported prior to her deportation and murder lends the episode an added layer of emotional devastation.

The shadow of Dora Bruder extends over Modiano’s latest novel, Invisible Ink, itself a showpiece of repurposed elements. Like Modiano himself in Dora Bruder, the narrator of Invisible Ink, Jean Eyben, spends his time in a seemingly hopeless search for a missing woman decades after the fact. And as with Dora Bruder, the searcher is himself as much the object of the investigation as its agent. Those who have read the 1978 novel Missing Person, meanwhile, will recognize two other revisitations: the Hutte Detective Agency, where Jean is briefly employed (as was the amnesiac Guy Roland in the earlier novel), and the elusive, disembodied quality of his search. For in both cases, the quest ultimately has as much to do with recapturing the details of one’s own life as with reconstructing those of a disappeared Other.

“In both cases” and in virtually every case, for Modiano’s repetitions are not from lack of imagination, from having no new stories to tell; rather, they are a recognition that all stories lead to the same story, the same question, the same quest: Who am I? What do these episodes add up to? Will telling them over and over and in different permutations finally yield some answers? Can these fragments, as T. S. Eliot suggested, really be shored against our ruins, or can they only be sent out in a constant appeal, again and again and again?

Mark Polizzoti has translated more than fifty books from the French, including Invisible Ink and nine others by Modiano.

Bill Clegg on the Unknowability of... Well, Everything 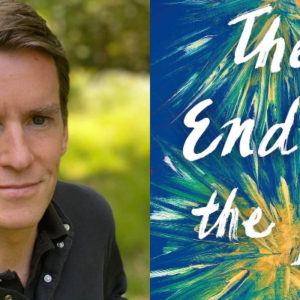 Bill Clegg on the Unknowability of... Well, Everything