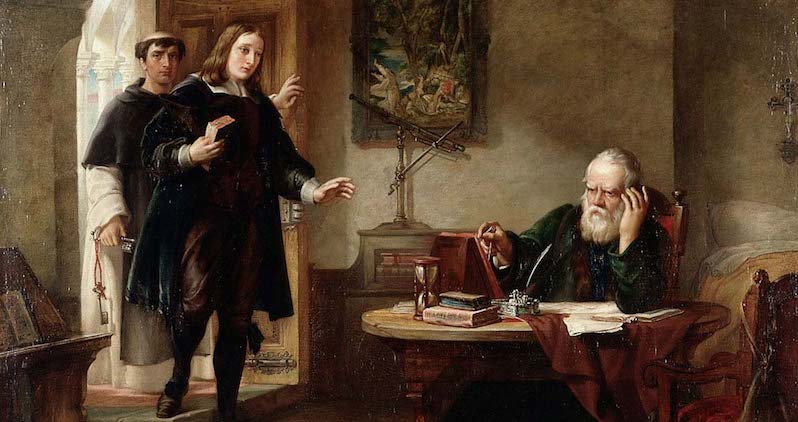 King James I died on 27 March 27th, 1625, some six weeks after Milton was admitted to Christ’s College. Cambridge produced an anthology of Latin and Greek verse, Cantabrigiensium Dolor et Solamen, to mark the death of the monarch and the accession of his son, Charles.

As a first-year undergraduate, at a college with little representation in the volume—King’s College men contributed 16 poems to the anthology, compared to only two from Christ’s—Milton would hardly have expected to feature, regardless of how lofty a sense of his poetic facility he might already have developed. (Although he might have observed that the precocious Thomas Randolph, who had matriculated at Trinity College less than year earlier, contributed a longish Latin poem to the Cambridge anthology later in 1625 for the marriage of Charles I and Henrietta Maria.)

The closest Milton got to writing an epitaph for James are four Latin epigrams—pointed, witty verses that in ancient Greece and Rome were originally inscribed on tombs—between four and twelve lines in length, all entitled In Proditionem Bombardicam (On the Gunpowder Plot), and grouped in the 1645 Poems with a fifth epigram on the topic of gunpowder itself, In Inventorum Bombardae (On the Inventor of Gunpowder); and the 226-line In Quintum Novembris (On the Fifth of November), which turned out to be the longest Latin poem that Milton would ever write.

Milton’s topic in these poems is James’s escape from assassination near the beginning of his reign, when the conspiracy of a group of Roman Catholics to blow up king and Parliament was foiled on November 5th, 1605. In Quintum Novembris was probably written in Cambridge in the autumn of 1626 to commemorate the foiling of the Gunpowder Plot—the headnote in the 1645 Poems informs us that the poet was Anno aetatis 17, a phrase which is usually used in the volume to mean his age at the time of composition—and it can reasonably be presumed, given that the epigrams seem to prepare the way for the much fuller treatment of the same topic in In Quintum Novembris, that they were composed around the same time.

The previous autumn is less likely, for soon after Milton arrived in Cambridge, the university had to shut down due to plague and did not reopen fully until December of 1625.

Jacobean poets and artists had commonly identified James’s reign with that of Augustus.

The pressure of James’s recent death is felt: the poet addresses the ghost of Guy Fawkes, the explosives expert in the Catholic cell, who is represented as the personification of the apocalyptic “Beast” of Roman Catholicism, and declares that “James has now gone to join the starry brotherhood, at a ripe old age, without the help of you or your infernal gunpowder.”

All four epigrams on the Gunpowder Plot play on the supposed irony that the conspirators sought to blow James up to heaven even while their Pope condemned him to hell; but only this one (placed second of the four in the 1645 Poems), makes explicit reference to James having died.

In the first of the epigrams, Milton jokes about about Fawkes’s “perverse sense of devotion” in attempting to effect the king’s apotheosis, or ascension to semi-divinity, in the manner of the prophet Elijah, who was swept up to heaven in a fiery chariot before he could die.

As Milton puts it in the fourth and briefest of the four epigrams, Rome now wants to “elevate [ James] all the way up to the god above.” Images of apotheosis were associated with biblical figures such as Elijah but also with Roman emperors, who from Augustus to Constantine were depicted after their death as ascending to the gods on a giant eagle or in a chariot.

Jacobean poets and artists had commonly identified James’s reign with that of Augustus, a period in Rome’s history marked by comparative peace after a bloody civil war, the patronage of great writers such as Virgil, and, crucially, the birth of Christ. The opening of In Quintum Novembris adopts this conventional representation of James as rex pacificus, the “peace-bearing” monarch who brought unity and stability to Britain by joining the crown of England with that of his native Scotland.

Milton celebrates James in terms of his peaceful reign, union of the English and Scottish crowns, and final apotheosis in the style of the Roman emperors—anticipating exactly the themes of three large canvases painted by Rubens, the Flemish Baroque painter, on the commission of Charles I, and installed on the ceiling of the Banqueting House in Whitehall in 1636 (where they remain today).

The logic underlying the Protestant abolition of Purgatory would eventually lead Milton beyond Lutheran and Calvinist orthodoxy.

The epigrams also reveal Milton to have been reading James’s own works of religious controversy, specifically the king’s justification of the Oath of Allegiance, which was required of all his subjects in the aftermath of the Gunpowder Plot. Milton refers in the third of the epigrams to how James, in the “Premonition” prefixed to the second edition of his Apology for the Oath of Allegiance in 1609, had “made fun of the fire that purges the soul and without which the celestial dwelling is impossible”—a reference to the Roman Catholic doctrine, rejected and ridiculed by Protestants, that the souls of the dead undergo purification in the fires of Purgatory before being sped to heaven by the prayers, offerings, and donations of friends and relatives.

James’s “Premonition” was primarily a response to the arguments against the Oath of Allegiance advanced by the formidable Jesuit cardinal, Robert Bellarmine (1542–1621): James mocks “Purgatorie and all the trash depending thereupon . . . Bellarmine cannot find any grounds for it in all the Scriptures . . . as for me, I am sure there is a Heaven and a Hell, proemium et poena [reward and punishment], of the Elect and reprobate.”

The controversy initiated an array of English Protestant attacks on Bellarmine, as well as a fashion among learned Englishmen interested in theological controversy of compiling commonplace books, or notebooks of quotations and references culled from reading and stored for later use, that were organized according to standard categories of polemical response to Bellarmine.

There is some evidence from cross-references in his extant commonplace book that Milton himself compiled such a theological notebook during the 1630s, which is now lost; if so, his undergraduate reading of James’s anti-Bellarmine works would have laid its foundations and perhaps even initiated its composition. The logic underlying the Protestant abolition of Purgatory would eventually lead Milton beyond Lutheran and Calvinist orthodoxy to one of his more significant and unusual theological conclusions—that the soul is completely unified with the body and thus dies with it.

Indeed young Milton’s fascination with apotheosis, with bodily ascension to the heavens—a theme that we will find repeatedly in the early poetry, both secular and devotional—may already hint at a dissatisfaction with orthodox Protestant ideas of the separation at death between the material body and an immaterial, immortal soul. 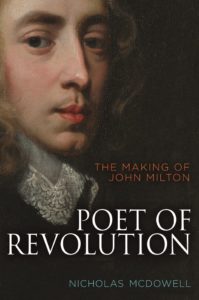 Excerpted from Poet of Revolution: The Making of John Milton by Nicholas McDowell. Copyright © 2020 by Princeton University Press. Reprinted by permission.

Nicholas McDowell is Professor of Early Modern Literature and Thought at the University of Exeter. He is the author of The English Radical Imagination and Poetry and Allegiance in the English Civil Wars and the coeditor of The Oxford Handbook of Milton. 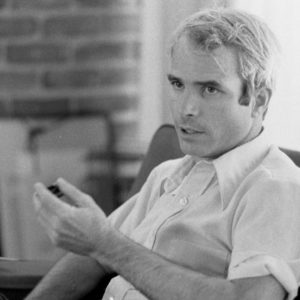 In this episode of Just the Right Book with Roxanne Coady, Mark Salter joins Roxanne to discuss his new book, The Luckiest...
© LitHub
Back to top
Loading Comments...