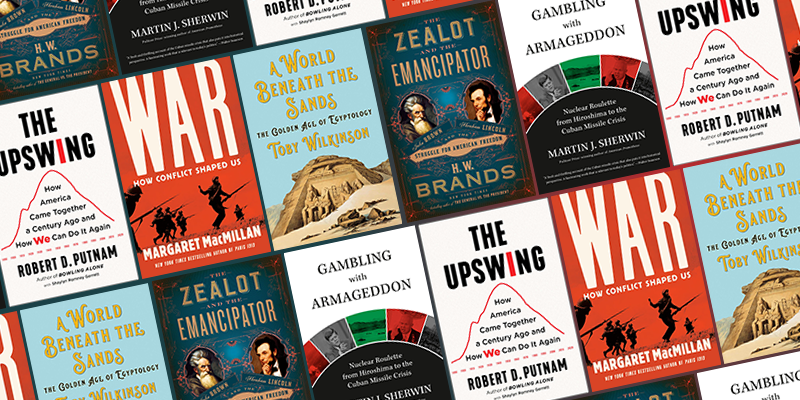 The Best Reviewed Books in History and Politics, October Edition

Chronicles of Lincoln and John Brown, Mid-Century Nuclear Roulette, the Golden Age of Egyptology, and More

1. The Zealot and the Emancipator: John Brown, Abraham Lincoln, and the Struggle for American Freedom by H. W. Brands
(Doubleday Books)

Read an excerpt from The Zealot and the Emancipator here

“… builds on strengths long evident in Brands’s books, combining expert storytelling with thoughtful interpretation vividly to render major events through the lives of the chief participants. Apart from a biography of U. S. Grant, Brands has until now had surprisingly little to say about the Civil War era, but this book presents a gripping account of the politics that led to Southern secession, war and the abolition of slavery … In line with recent writings by, among others, James Oakes and Sidney Blumenthal, Brands refuses to diminish Lincoln’s antislavery moral commitment because of his politics, any more than he absolves Brown’s uncompromising higher judgments of their untethered recklessness.”

“Benefiting from more than a half century of hindsight, the Pulitzer-winning historian Martin J. Sherwin delivers a well-researched and reasoned analysis of nuclear weapons’ impact from 1945 to 1962 … The book should become the definitive account of its subject … Since the October 1962 near miss of a holocaust, most global leaders have prioritized arms control to reduce the likelihood of nuclear war. Gambling With Armageddon is a useful reminder to their successors to continue the effort.”

3. War: How Conflict Shaped Us by Margaret MacMillan
(Random House)

“… richly eclectic … not a long book, only 272 pages of text, but it’s as colorful and tightly woven as a Persian carpet, showing us not just the many ways that men and women make war, but how war makes women and men. In another scholar’s hands, War might come across as a work of dry political theory, but as anyone who has read Paris 1919—her vivid account of the Versailles Conference at the end of World War I—can attest, MacMillan writes with enormous ease, and practically every page of this book is interesting, even entertaining … The greatest pleasures of this book are the historical anecdotes, moments and quotations that MacMillan marshals on nearly every page to illustrate her points. They are bold, arresting and various, and they make the book come alive.”

4. A World Beneath the Sands: The Golden Age of Egyptology by Toby Wilkinson
(W. W. Norton & Company)

“Wilkinson’s ambitious focus is the hundred years of Egyptology between Jean-Francois Champollion’s groundbreaking deciphering of the Rosetta stone in 1822 and Howard Carter’s sensational discovery of the tomb of Tutankhamen in 1922 … The quiet yet salient revelation of Wilkinson’s study—and what makes the story of 19th-century Egyptology relevant now—is how the Anglo-French obsession with Egypt’s past and their frantic bid for control of its future gradually spurred the downtrodden modern Egyptians toward a newfound self-awareness … All the fascinating giants of Egyptology appear here … This is a riveting, sometimes appalling story. I think it’s important to say that Wilkinson’s prose style is so smooth and straight and unadorned as to be nearly nonexistent … Wilkinson is a consummate historian … Rarely do facts speak this clearly.”

5. The Upswing: How America Came Together a Century Ago and How We Can Do It Again by Robert D. Putnam and Shaylyn Romney Garrett
(Simon & Schuster)

“Rather than focusing on the tension between generations the authors encourage young people to look for an earlier precedent for themselves. They remind us that the problems of today with which the new generations must grapple—the skyrocketing costs of health care, the weakness of environmental regulations, the power of corporate monopolies, and the urgent need for campaign finance reform—are almost exactly the same as those that confronted the original Progressives in their day, even if the solutions to these problems must be new and different ones … magnificent and visionary.” 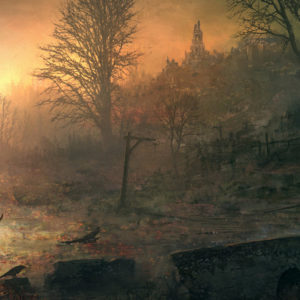 Paul Kingsnorth’s tenth book, Alexandria, completes the trilogy that began with the Booker-longlisted The Wake (2014)...
© LitHub
Back to top
Loading Comments...