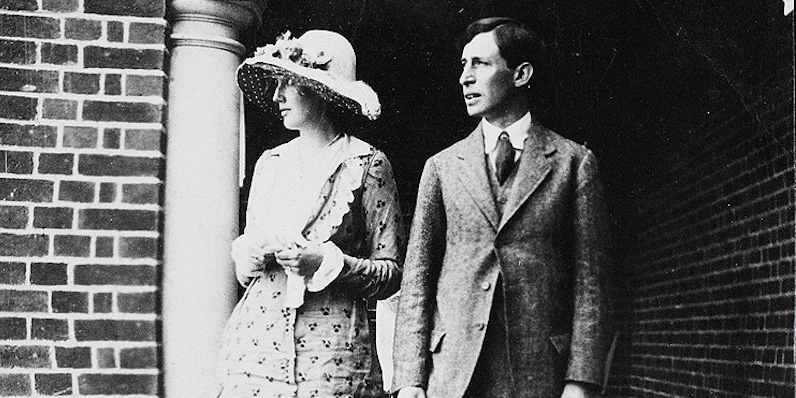 Beth Kephart: Most Writers Could Use an In-House Editor, Business Partner, and Legacy Builder

There are so many takes on the Virginia-Leonard Woolf story that they could consume “Modern Love” for a year. Leonard was androgynous and Virginia preferred women, and yet they married. Leonard was a caretaker and Virginia was fragile, and so they stayed together, she stayed, for the longest time, alive. Leonard was controlling and Virginia felt caged, and yet Leonard allowed Virginia her love affair with Vita and Virginia never doubted that her marriage would go on. Virginia set type, and Leonard machined the pages, and the one of them plus the one of them equaled their famous Hogarth Press. They quarreled and they made up; they fretted and survived; they needed space from each other and missed each other; and when we see them in the pages of Virginia’s diaries, they are sitting together, walking together, reading together, printing together, enduring another war together, heading out for tea after a storm.

What passes for love, what happens between lovers—isn’t it all dandelion seeds brushed loose by a breeze and smoking a trail to the sun?

And yet—what happens between a writer and the other people in her life will leave its mark on the work itself. There will be more or fewer pages, greater or lesser risks, differing degrees of happiness, variant measures of self-worth. We may write alone, but we don’t live a writer’s life alone. Lovers, friends, workshops, teachers: How do we choose? What are the consequences?

Did I marry an artist because I somehow sensed that two writers would have been a crowd? Or because I imagined that I would find my words inside the shapes he, at his tilted board, drew? Or because I hungered after the way he moved, the way his hands worked, the stories he told about the land he’d come from, or because I wasn’t thinking, because I was in love? Did I stop to imagine what the artist might say when his writer-wife confessed her enormous self-doubt, when she interrupted his art with her own pleading need: Is my work is full of crap? Do I sound like myself? Am I writing the most interesting part of the story?

Leonard, to Virginia, was a stabilizing force—a refuge, a sanctuary—to which, after the wide-eyed wilderness of forging something new, wrestling the beast, finding the word, she could return.

Should I have hoped that the man I love would do more than what he does—which is to interrupt himself, his sketch, his thoughts when I enter his room so that he might listen to me read my work aloud. I read, and he waits for me to stop. I read and then, because he’s never sure I want the truth, because his sketch is unfinished and his hand itchy with its own ideas, he says:  Sounds good, cuteness. Keep going.

I do want the truth, but I seem to find it on my own. I seem to separate the salvageable from the awful only after I’ve read to my husband, or sent a scene to a friend, or shared pages like these very pages, with my wise former student, Amber. I am most drawn in, Amber writes, when reading about Leonard and Virginia’s careful dance, about the snippets I get about Beth and her husband (he was an adventurer!). The moment I’ve released my early pages to another is the moment I know precisely what is wrong, the moment I can turn toward myself as editor, not writer, and find the broken ugliness (the stiff sounds, the you-should’s, the overly academic, the too familiar) and start the work that will undo it.

Sounds good, cuteness. Keep going, my husband says, and after too many years wasted wishing for something more precise or more particular, more plot advancing or character enriching, I have finally learned that this is all I need. What I need is to be listened to, so that I can listen to myself.

When Virginia married Leonard she married her eventual editor, business partner, and legacy builder. He was a civil servant by trade, an accountant by disposition, management-minded. He was, as Virginia Woolf’s great biographer Hermoine Lee describes him, “a tense looking young man, dark, thin, slight, long-faced, with a handsome sardonic mouth, strong blue eyes, and trembling hands.”

He was her first reader, her quasi-agent, her editor, her companion, her champion. His intelligence mattered, his opinions. She believed what he told her.

Virginia was, by all accounts and the photographs that support them, a slender beauty. She’d received proposals from other men before she met Leonard. She wasn’t precisely sure about saying yes to Leonard when (encouraged by his friend Lytton Strachey) he asked the marriage question. She had, as she expressed in a letter to Leonard, dated May 1, 1912, questions:

You seem so foreign. And then I am fearfully unstable…. I sometimes feel that no one ever has or ever can share something—It’s the thing that makes you call me like a hill, or a rock. Again, I want everything—love, children, adventure, intimacy, work…. So I go from being half in love with you, and wanting you to be with me always, and know everything about me, to the extreme of wildness and aloofness. I sometimes think that if I married you, I could have everything—and then—is it the sexual side of it that comes between us? As I told you brutally the other day, I feel no physical attraction in you.

Historians and biographers will say what they will, but most of what passed between Leonard and Virginia over the course of their long marriage would only ever be known to them. What we do know, from the accounts both left behind, is how supportive Leonard was of Virginia’s writing. He was her first reader, her quasi-agent, her editor, her companion, her champion. His intelligence mattered, his opinions. She believed what he told her. He knew what to say. His commitment to her work—to sharing his impressions, to easing her anxieties, to encouraging her radical departures, to fixing her spelling and adding apostrophes, to putting the Hogarth imprimatur upon the work that she created, to keeping her well—was substratum and substructure, the certain, solid ground to which she’d return after all the time she’d spend feeling dangerous with the thoughts inside her head.

Consider this progression from the pages of her diaries:

July 26, 1922
On Sunday L. read through Jacob’s Room. He thinks it my best work… He calls it a work of genius; he thinks it unlike any other novel; he says the people are ghosts; he says it is very strange.

January 23, 1927
Well Leonard has read To the Lighthouse and says it is much my best book and it is a “masterpiece.” He said this without my asking.

May 31, 1928
L. takes Orlando more seriously than I had expected. Thinks it in some ways better than the Lighthouse.

November 3, 1936
Miracles will never cease — L. actually liked The Years! He thinks it so far—as far as the wind chapter—as good as any of my books.

I’m not suggesting that Leonard loved every line that Virginia wrote (they quarreled, for example, over her Roger Fry biography). I’m not even suggesting that Leonard always told the truth (he wasn’t so sure about The Years, but he told her what she needed to hear in the moment she needed to hear it). And certainly I’m not suggesting that Virginia would not have written without Leonard; she was writing before they met; she was a born writer. I’m also, finally, not writing into myth that the marriage of Leonard and Virginia was a study in extreme one-sidedness. She read his work, too. She listened when he spoke. She brought him her famous steaming bread.

Leonard, to Virginia, was a stabilizing force—a refuge, a sanctuary—to which, after the wide-eyed wilderness of forging something new, wrestling the beast, finding the word, she could return. He held her raw first drafts in his hands and held them still. He left his seat by the fire to enter the landscapes she wrote while she went outside to breathe real air. He eased the dervish of her anxieties, tamed her paranoia, helped silence the words that stormed through—her hunch that she was a fraud, her certainty she’d written her last book, her supposition that her reputation was dissipating.

What do we expect from the people with whom we trust our work in its in-progress stages? That best friend, that teacher, that lover, that neighbor, that student who is no longer a student, those who look up when we enter a room so that we might read from our blotted, ragged pages.

Will we be strengthened by the tendered proposition or silenced by it, engaged by the appraisal or enraged by it, feel exposed by the judgment, or seen? Will we want, more than words, the implied agency of the cup of tea, the blanket rearranged across our loose limbs, the gift of the dinner we didn’t make? And how will we repay the sympathetic and contributive attention we have, if we’ve been lucky, received? 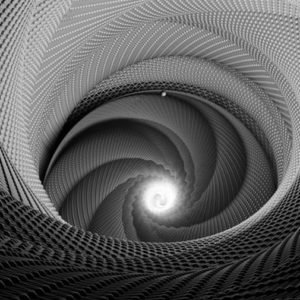 When I invited Renata Salecl, Jonathan Berman, and Tea Krulos to have a conversation about the spread of misinformation and conspiracy...
© LitHub
Back to top